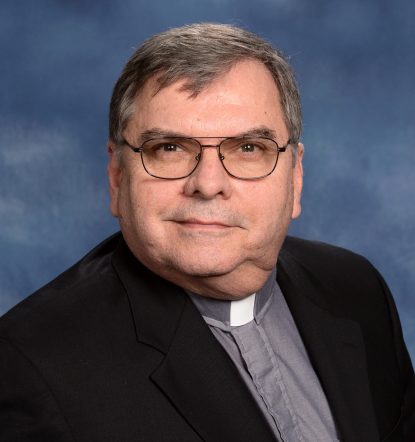 Deacon James J. Elliott, a permanent deacon of the Archdiocese of Philadelphia, died April 1 of natural causes at his residence. He was 71 years old.

Deacon Elliott was born in Wilmington, Delaware, the son of the late Harry and Regina Elliott. He attended Salesianum High School and after graduating in 1967 he entered the University of Delaware where he earned his bachelor’s degree and then his MBA in 1973.

He worked for Anixter in Media as a sales engineer.

He and his wife, Marie, were married for 50 years and they have three adult sons: James, Michael, and Steven, along with four granddaughters: April, Makayla, Addison and Victoria. He is also survived by his brother Harry Elliott of Wilmington.

Deacon Elliott was ordained at the Cathedral Basilica of SS. Peter and Paul on June 1, 2013 by Archbishop Charles J. Chaput, O.F.M. Cap. He was assigned to St. Patrick Parish, Kennett Square, where he remained.

Due to the limited size of St. Patrick Church, in consideration of the ongoing pandemic, clergy outside of the permanent diaconate Class of 2013 are encouraged to view the Mass livestreamed on St. Patrick Parish’s website.