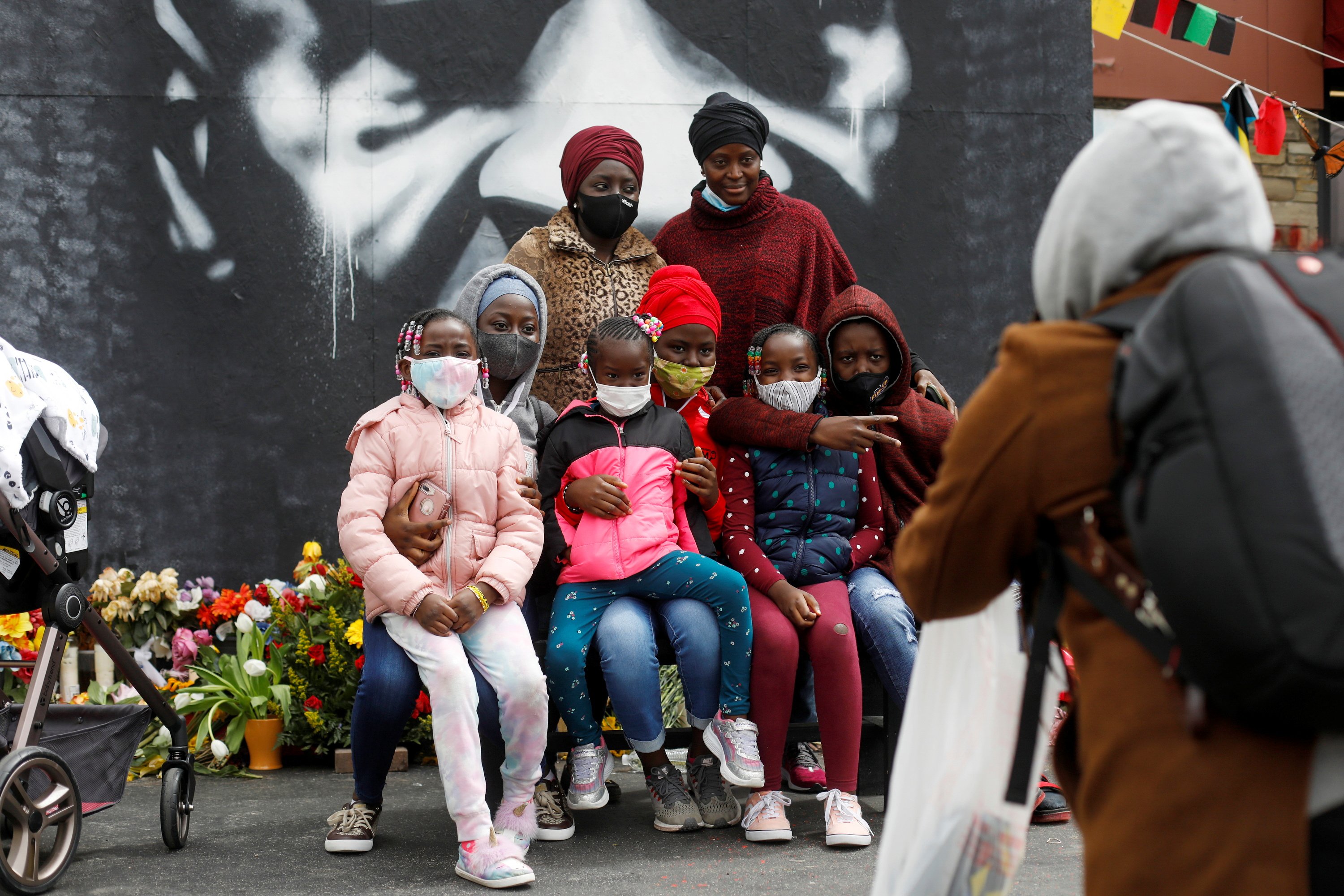 A family in Minneapolis poses for a photograph April 24 before an image of George Floyd, whose May 2020 death while under Minneapolis police restraint sparked global protests against racial injustice. One year later, several pastoral leaders in the Philadelphia Archdiocese are stressing the importance of a Gospel-centered approach to redressing the wounds of racism. (CNS photo/Octavio Jones, Reuters)

One year after George Floyd’s death, a Gospel-centered approach to ending racism is more vital than ever, said archdiocesan pastoral leaders.

“We have to drive the conversation from our faith perspective. That’s the church,” said Father Stephen Thorne, currently pursuing graduate studies after serving as pastor of St. Martin de Porres in North Philadelphia.

Floyd, a 46-year-old African American, died May 25, 2020 while in a knee-to-neck police restraint lasting more than nine minutes.

Last month, former Minneapolis police officer Derek Chauvin was found guilty of both murder and manslaughter, and faces up to 40 years in prison at his June 25 sentencing. Three other officers – Tou Thao, J. Alexander Kueng and Thomas Lane – will stand trial in March 2022. All four have also been indicted by a federal grand jury on civil rights charges.

Floyd’s death — which followed a series of high-profile police-related killings of Blacks over the past few years – was captured on cell phone video by then 17-year-old Darnella Frazier, and the footage “brought home in a very clear way what happened,” said Father Thorne.

The disturbing images, which sparked waves of global protests, “really started a movement” to eradicate racial inequality, he said. “People began to come together.”

The outcry “revealed deep wounds and fractures that have existed within American society for many decades, but (were) hidden from view for most Americans,” said Father Christopher Walsh, pastor of St. Raymond of Penafort Parish in Philadelphia. 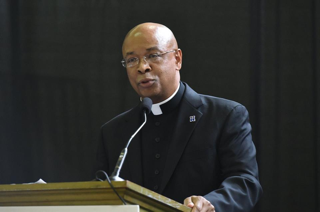 Media coverage of racial inequality expanded substantially in the wake of Floyd’s death, said Gerald Davis, a parishioner of St. Isaac Jogues in Wayne and a member of the recently formed Commission on Racial Healing in the Archdiocese of Philadelphia.

In addition, “the church has reaffirmed its longstanding acknowledgment that racism is a sin,” said Davis. “The United States Conference of Catholic Bishops and the Archdiocese of Philadelphia have given this unrelenting evil a sharper focus.”

The reckoning has been “an occasion for all Americans to look deep within themselves and expose sins of bigotry and prejudice,” Father Walsh said.

“I am saddened by the (racially unjust) incidents that seem to keep occurring in this country,” he said.

Some 10 miles from the courtroom in which Chauvin stood trial, 20-year-old Daunte Wright was fatally shot by a police officer during an April 11 traffic stop. As news of the Chauvin verdict broke on April 20, 16-year-old Ma’Khia Bryant was killed by officers in Columbus, Ohio during an altercation with two other girls outside of a foster home.

Amid frustration and disillusionment, “destructive” responses to racial injustice “are not the way to solve the problem,” said Father Thorne.

“Real change takes place when – as Archbishop (Nelson) Pérez often says — we encounter each other, undergo formation, and move to action from the basis of the Gospel,” he said. “That is when we really make systemic change.”

Father Walsh agreed, saying his diverse congregation is a “blessing” that has enabled him to develop friendships with individuals from an array of heritages.

“I treasure the opportunity to listen to their experiences and those of their families so that I might grow in understanding and empathy,” he said. “I urge all Christians to make the effort to meet people of other racial and ethnic groups and come to appreciate their experience, hopes and concerns.”

Davis said “conversations with your family around the dinner table” are another place to start, and that dismantling racism “will require each of us to listen with understanding.”

Faithful should be prepared to roll up their sleeves and take practical action, said pastoral leaders.

“The Sacred Scriptures call us to be people who not only love justice but work towards it,” said Father Walsh.

“We all have a personal responsibility,” said David. “We each must answer this question: What can I do?”

Christians share “a radical faith” that compels them to redress “things we cannot stand for,” said Father Thorne. “The Holy Spirit gives us the courage to say, ‘No, that’s not right.’”

That witness to justice cannot remain a private matter, he stressed.

“How do we take the Gospel and live it out on our streets, in our businesses?” Father Thorne said. “That’s where the rubber hits the road.”

Through grace, prejudice and discrimination can be transformed, said Davis.

“Racism is a learned response,” he said. “It can be unlearned.”

“Hate never wins,” said Father Thorne. “The cross is the standard we always have to follow, and this is the work of Christ.”

NEXT: Students take on the world’s problems, with empathy