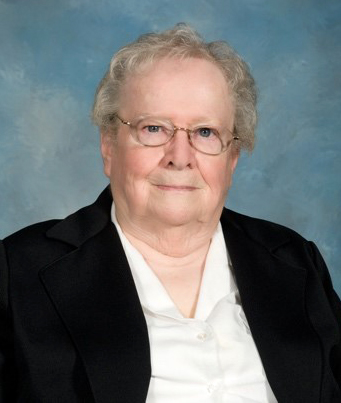 The daughter of the late Urban and Marcella O’Donnell and one of their 14 children, she attended Holy Infancy Grade School in Bethlehem, Pa. and Bethlehem Catholic High School.

In September 1945 she entered the Sisters of St. Joseph, Chestnut Hill, and professed her final vows in 1953.

Sister Saint Urban ministered in the Archdiocese of Philadelphia and the Diocese of Allentown.

The was the sister of Theresa O’Donnell, Kathleen O’Donnell and the late John, Urban, James, Anthony, Joseph and Thomas O’Donnell, Father William O’Donnell, Francis, Mary, Patricia and Lucy O’Donnell and Marcella Sharken. She is also survived by nieces, nephews, grandnieces, grandnephews and members of her congregation, the Sisters of St. Joseph.

The funeral Mass will be celebrated privately Thursday, May 27 at 10:30 a.m. and will be livestreamed from the St. Joseph Villa website.

In lieu of flowers, donations may be made in Sister Saint Urban’s name to Saint Joseph Villa, 110 W. Wissahickon Avenue, Flourtown, PA 19031.