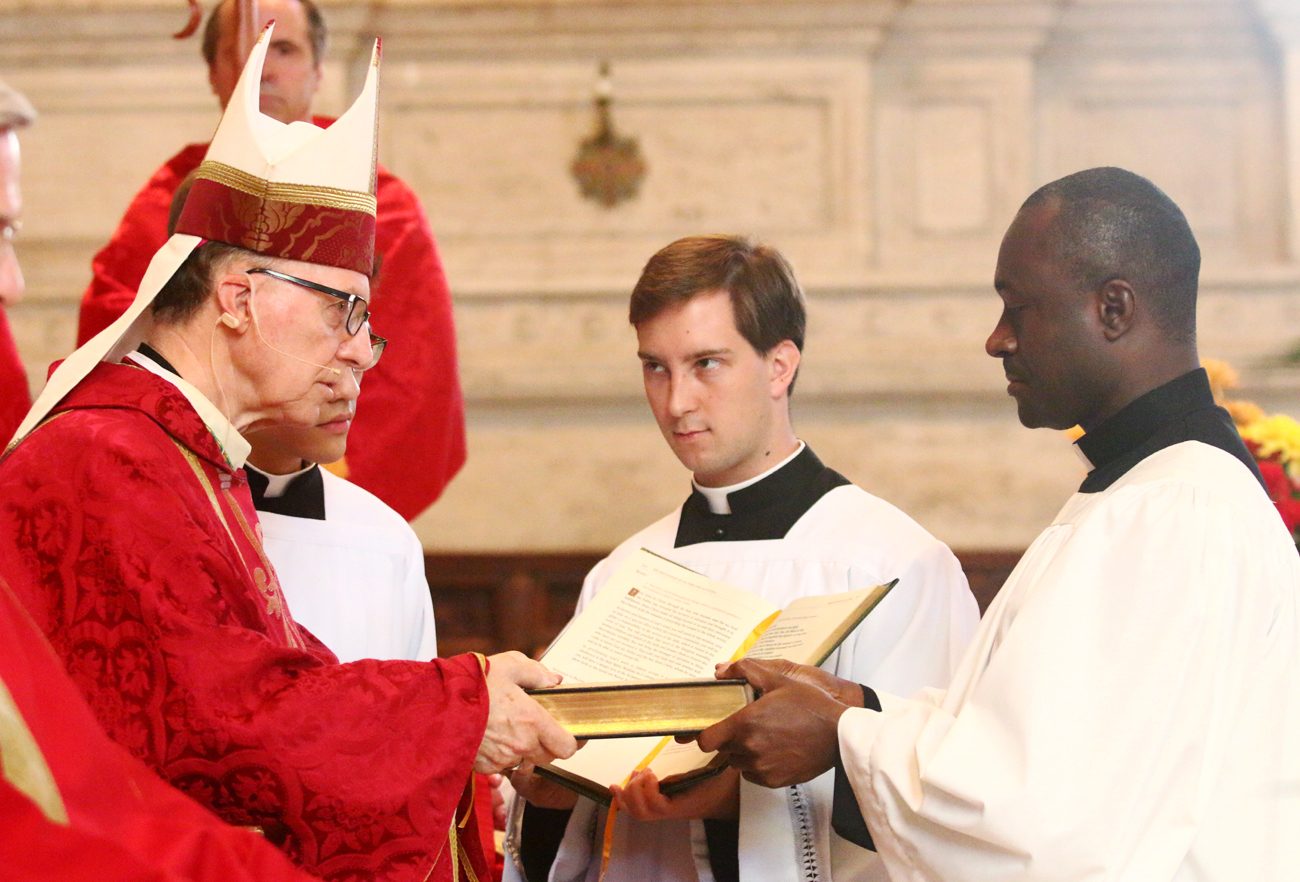 Father Martin Okwudiba, a seminarian of the Archdiocese of Philadelphia, was ordained in Rome on Thursday, June 3 at the Basilica of St. Paul Outside-the-Walls.

The ordaining prelate was Cardinal James Harvey, the archpriest of the basilica.

Deacon Okwudiba has been in formation for the priesthood at the Pontifical North American College — the seminary in Rome for men preparing to be priests — and studying at the University of St. Thomas Aquinas (the Angelicum).

After his ordination and completion of his graduate studies this month, will begin his priestly ministry in Europe until he is able to return to the Philadelphia Archdiocese for an assignment.

Watch the ordination ceremony here, and below:

NEXT: Bishops Dinner brings everyone to table for joy, ‘sacred’ fellowship