Bishops Dinner brings everyone to table for joy, ‘sacred’ fellowship 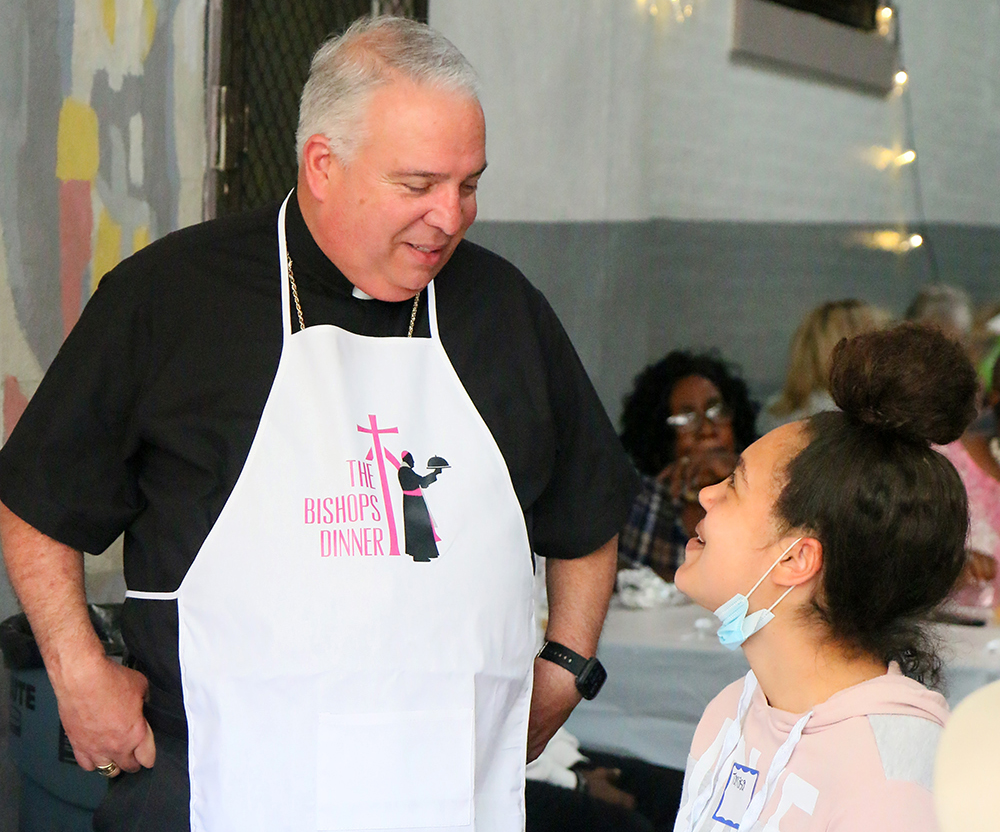 Archbishop Nelson Pérez chats with an attendee during a June 2 "Bishops Dinner" at St. John's Hospice, an archdiocesan Catholic Social Services (CSS) ministry in downtown Philadelphia. The meal is part of a new CSS series that looks to connect Archbishop Pérez and his four auxiliary bishops more closely with some of the most marginalized members of their flock. (Photo by Sarah Webb)

With the city’s COVID restrictions eased, Archbishop Nelson Pérez sat down for a Philly-style meal on Wednesday, June 2 with some 100 clients and staff at a ministry for those without shelter.

Each weekday, SJH (a beneficiary of the Catholic Charities Appeal) provides more than 300 meals to its residential and day guests, as well as case management, on-site nursing, daily showers and a mail room. In addition, the facility annually houses some 250 men transitioning from homelessness to independent living.

The afternoon gathering was the second in CSS’s recently launched series of monthly “Bishops Dinners,” which give Archbishop Pérez and his four auxiliary bishops – along with archdiocesan staff and supporters — the opportunity to share food and fellowship with the city’s most marginalized individuals.

The dinners are designed to be more than “getting them in, feeding them and getting them out,” said Amy Stoner, director of CSS’s community-based, housing and homelessness divisions. “This is a joyous occasion, with a sit-down style and live entertainment.”

Wednesday’s event featured raffles, calls for prayer intentions and sidewalk musical performances by both the SJH Good Shepherd Singers and members of St. Raymond of Penafort Parish in Philadelphia — whose pastor, Father Christopher Walsh, crooned a few bars of a Frank Sinatra’s “Summer Wind” during the sound check.

“If I get hold of a microphone, I can’t resist doing a little karaoke,” he joked, adding the festivities showed “the church is alive in many ways” and works to “(care) for the least of our brothers and sisters.” 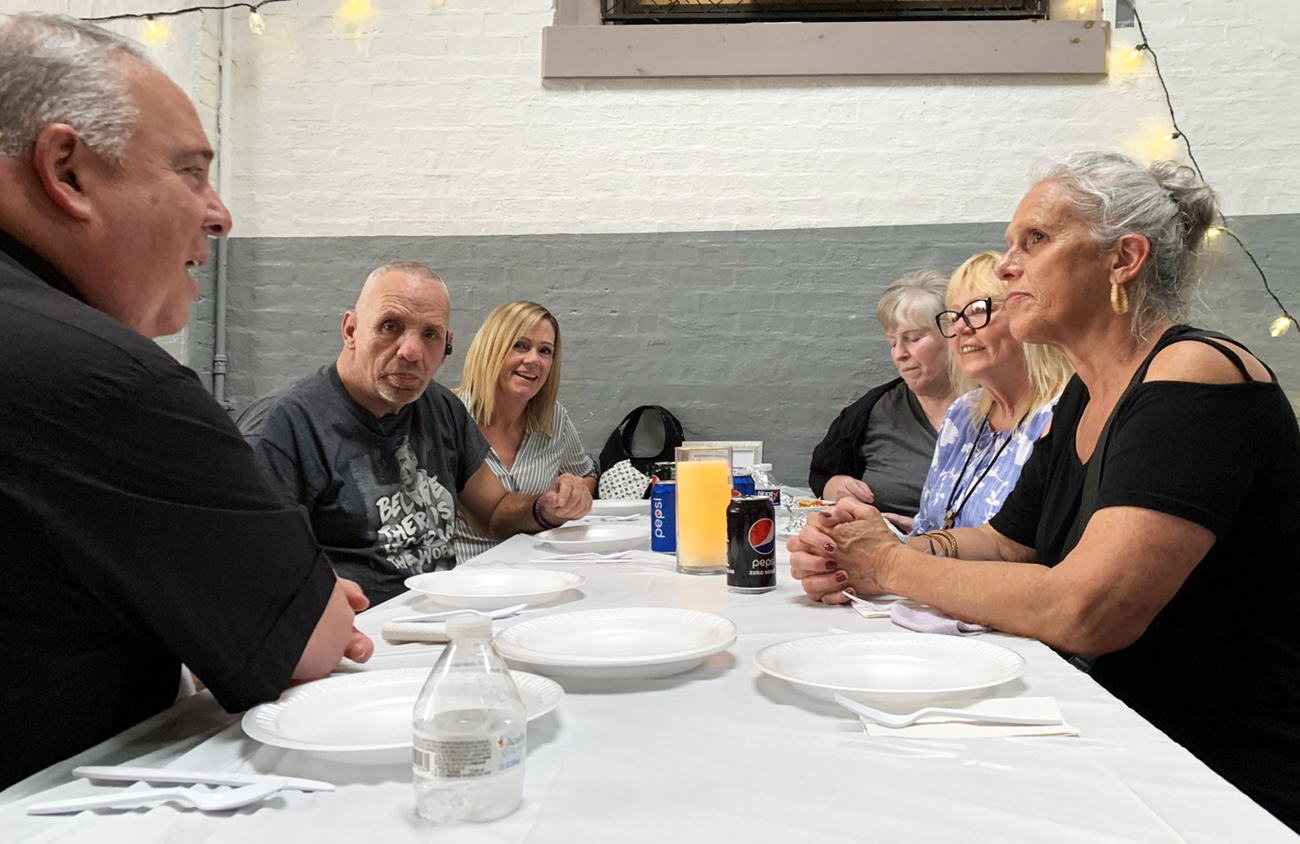 “It’s not lip service,” he said. “It shows the love of the church.”

At the same time, said Stoner, volunteers were not asked “just to serve” patrons, but instead “to sit down and have a meal together” in a spirit of face-to-face encounter.

Archbishop Pérez settled in at a table with members of Our House Ministries, a Catholic recovery nonprofit adjacent to St. Gabriel Parish in Philadelphia’s Grays Ferry neighborhood.

For Our House team member Patrick Kennedy – who recently helped coordinate the opening of a parish shrine to recovery patron Venerable Matt Talbot – the meal at SJH was especially significant.

“I’ve eaten here before while homeless and hopeless,” said Kennedy, crediting his sobriety to “a personal relationship with … the Holy Trinity,” regular Mass attendance and participation in the Calix Society, a Catholic recovery support group.

Kennedy described the archbishop as “so very attentive,” and said the chance to simply “sit down and eat with him” showed “that we are all equal — there’s no one higher, there’s no one lower.”

Cathy, a nearby diner, said she was delighted to “be around people and get to know them,” especially those “who talk about Christ.”

The dinner was one Jesus himself would appreciate, said Anthony Albanese, a seminarian at St. Charles Borromeo Seminary in Wynnewood.

“The Last Supper was a meal around the table among Jesus and his apostles,” said Albanese. “And isn’t that what this is?”

“We’ve been in so many ways so distant and so isolated from each other, and now we’re here,” he said. “We’re coming to the table again, both at church and here. This table is connected to the altar, and it is as sacred as that table.”