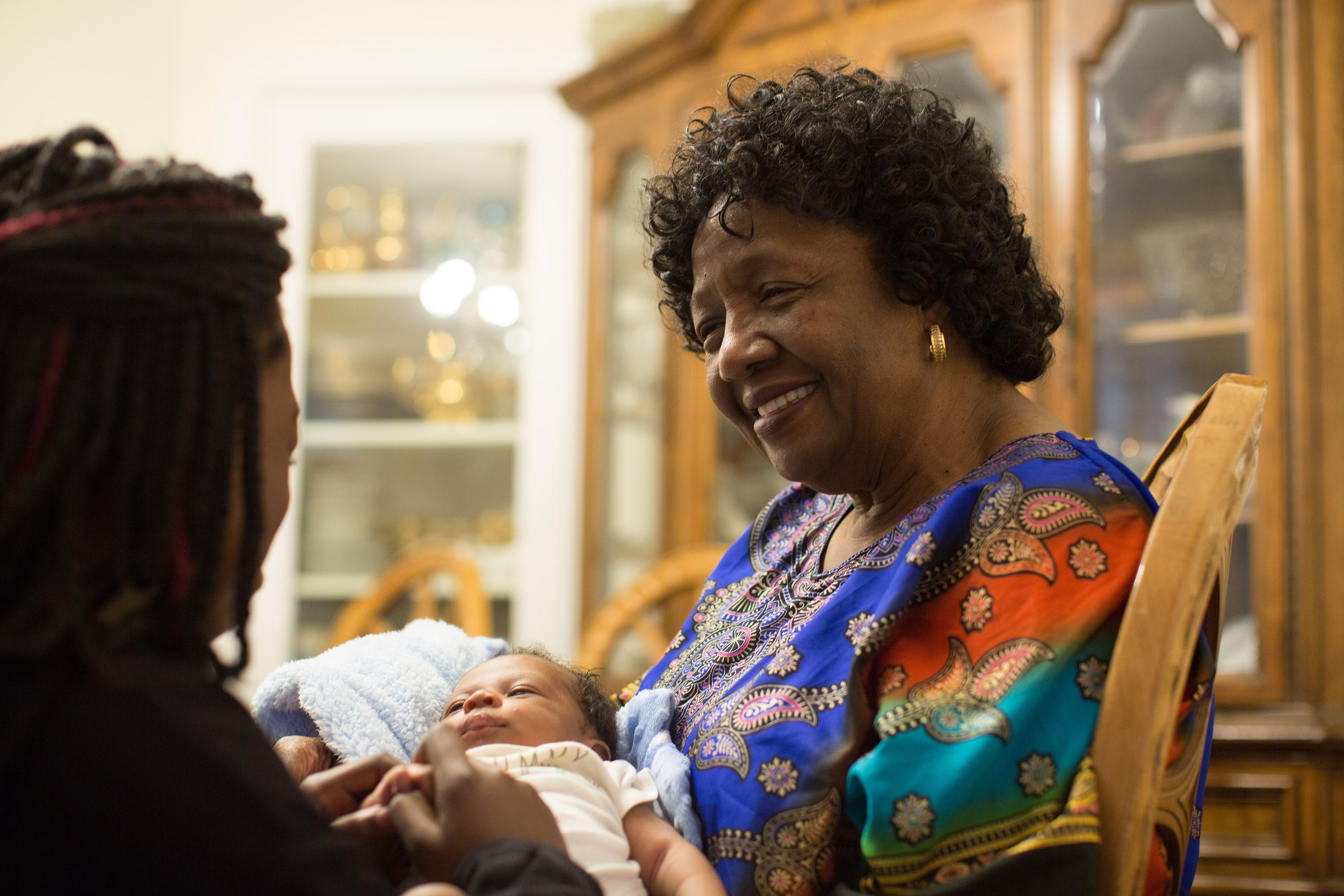 Sharonell Fulton, an archdiocesan Catholic Social Services (CSS) foster parent, is pictured with a young woman and child in a May 23, 2018 photo. The Supreme Court ruled June 17, 2021 that the City of Philadelphia could not exclude CSS’s foster care program over the agency’s policy of not placing children with same-sex couples or unmarried couples. (CNS photo/courtesy Becket Religious Liberty for All)

On Thursday, the court ruled that the City of Philadelphia may not exclude such agencies including CSS from placing foster children in homes.

(Read more details of the decision plus comments by Archbishop Nelson Perez and others.)

The case originated with a March 2018 move by the city of Philadelphia to freeze all new foster care placements with CSS because of the agency’s policy of not placing children with same-sex or unmarried couples. Such unions contravene church teaching on marriage, which holds the sacrament of matrimony is reserved only to one man and one woman.

The Philadelphia Archdiocese, represented by the Becket Fund for Religious Liberty, filed suit shortly thereafter, and the case eventually made its way to the nation’s highest court.

The city “already knew (CSS) was a religious organization,” said Fulton. “For us, it’s always been about the children that suffer.”

A member of St. Barbara Parish in Philadelphia, Fulton – a former hospice care professional – has opened her home to more than 40 foster children over the past three decades.

A number of those children have arrived on her doorstep deeply wounded, both physically and emotionally. The first two she welcomed, brothers aged 5 and 7, had been scalded by boiling water during a family fight over food while living in an abandoned house.

Fulton (who said she had been “on pins and needles” waiting for the Supreme Court decision) has sought to provide a compassionate, stable environment to counter such trauma.

“Children need to be accepted and loved,” she said. “They have to feel that somebody cares. And you have to care for the children, because if you’re not in it for that, it’s not going to work. You have to have it in your heart.”

The older foster children with whom she remains in contact were “sad about the decision” made by the city to discontinue working with CSS, she said. 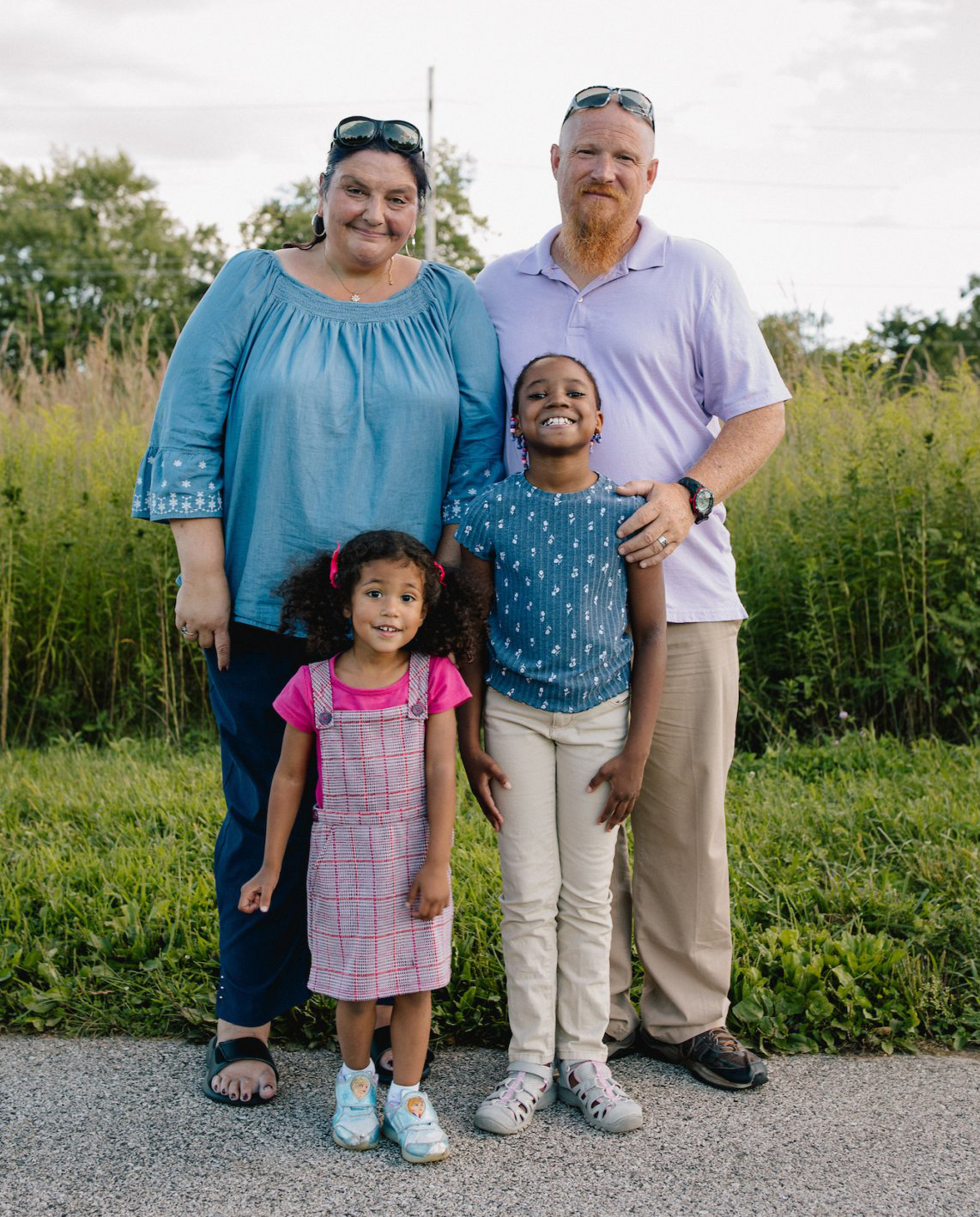 Throughout the court proceedings, Fulton herself has been publicly approached by same-sex couples, whom she said “were never cut out of the foster care process.”

“I’ve had gay couples stop me in the supermarket. I didn’t know them, but they knew me, and they would come up to me and talk to me,” she said. “And I told them, ‘Listen, this is not personal. I’m standing with the church, because this is what I believe.’”

During its decades of working directly with the city, CSS as a matter of policy did not perform evaluations of the homes of same-sex couples wishing to care for foster children. Instead, CSS referred the required process to one of seven other agencies contracted by Philadelphia’s Department of Human Services (DHS).

The archdiocesan lawsuit noted over the course of the CSS-city partnership, neither CSS nor the Philadelphia Human Relations Commission ever received a complaint that LGBT persons were denied placement of a foster child due to CSS’s actions.

“There are many agencies that would place children with them,” Fulton said. “No one was ever mistreated or turned away; they already knew it was a religious organization.”

CSS – which traces its roots to the creation of Catholic orphanages following Philadelphia’s 1793 yellow fever outbreak – derives its mission from the Catholic faith, said Fulton.

“Faith has always been a strong part of our lives,” said fellow CSS foster parents Cathy and Donald Knapke.

The couple, members of St. Aloysius Parish in Pottstown, connected with CSS in 2013 after seeing an advertisement at their church about the agency’s foster care program.

Cathy said they “had always wanted to foster or adopt.”

“We knew we could offer stability and a loving home,” she said. “We’d heard great things about CSS.”

After an extensive training period, the couple received word in 2015 of a child who had been through four previous placements.

That little girl, now 9, officially became their older daughter Shaniyah in December 2016. The adoption of four-year-old Jekalyn, who was just 14 months when placed by CSS with the Knapkes, was finalized in May 2019.

Having had their first overnight visit with Jekalyn just days before the city’s fallout with CSS, the Knapkes “weren’t sure what was going to happen,” said Cathy.

“We were concerned our youngest was going to leave us, and we wouldn’t be able to adopt her,” she said. “(After) a lot of back and forth … it was decided that children already placed in that moment would remain in (those) homes.”

The legal battles have left kids “in the middle,” the Knapkes said.

“I feel as if there are a lot of children in Philadelphia who need and deserve a home,” said Cathy. “And I feel as if they’re the ones losing out in this situation, when there are many (foster parents) in CSS who are (available).”

The agency itself has been “a family” to the couple, said Cathy.

Fulton said the agency does “magnificent work,” without which “children will suffer.”

Both she and the Knapkes said they look forward to continuing as foster parents.