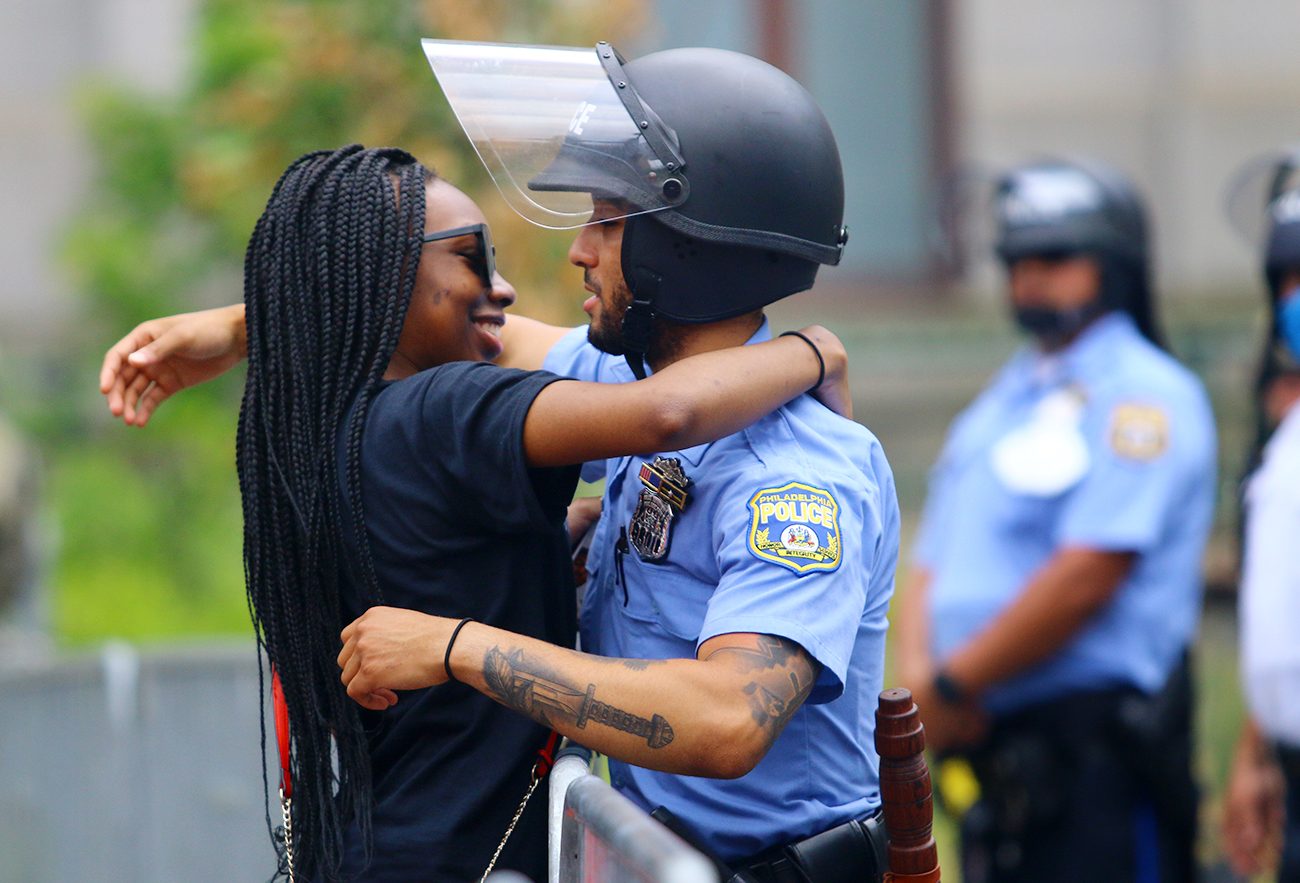 After prayer for healing and kneeling in silence for George Floyd at an event in Philadelphia June 9, 2020, Tori Reid from Christlike Church is the first young person of the group to offer hugs to Philadelphia police officers. (Photo by Sarah Webb)

CatholicPhilly.com was recognized recently by a national Catholic media group for excellence in journalism.

The Catholic Media Association awarded the official news agency of the Archdiocese of Philadelphia with four awards June 10 for work produced in 2020. The awards concluded the annual Catholic Media Conference for Catholic communications professionals.

A second-place award went to a photography feature shot by Sarah Webb during a walk for peace in Philadelphia at the height of social tensions last year. “Walkers for peace and unity pray with police” featured images that contest judges called “powerful photos capturing the moments of this event.”

One photo of the set (shown above) won a second place award for best general news photo, which judges called “an aesthetically beautiful photograph, captured at exactly the right moment in a spontaneous action, and it draws attention to the story and newspaper. The perspective is just about perfect, and it tells a story that most people can relate to — inside and outside of the church. Really great work!”

The judges said the story painted “a compelling picture of sportsmanship. In a year of never-ending challenges, a story of this type was needed. Captured well.”

NEXT: After devastating fire, new deacon ‘can’t wait to serve’ those who helped his family