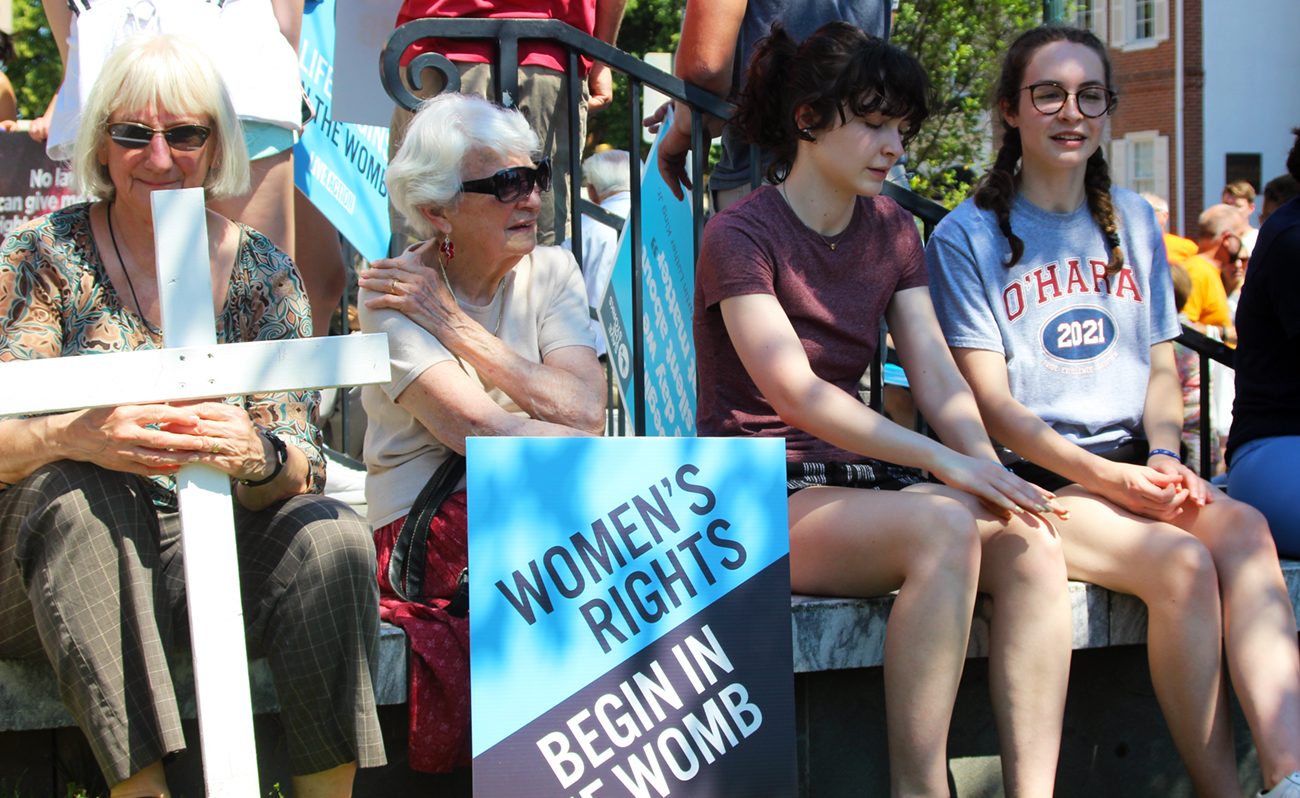 Women of all ages were among the more than 500 who participated in a June 5 March for Life in West Chester sponsored by the Chester County Pro-Life Coalition. (Gina Christian)

Hundreds gathered this past weekend in West Chester to rally for an end to legalized abortion and to “give witness to the sacredness of every human life.”

Sponsored by the Chester County Pro-Life Coalition (CCPLC), the Chester County March for Life on June 25 drew some 500 participants, most of whom first gathered at St. Agnes Church for a liturgy at which Philadelphia Auxiliary Bishop John McIntyre presided, joined by several concelebrants. A concurrent prayer service for Protestant march attendees was also held at a nearby church.

(View a photo gallery of the June 5 Chester County March for Life.)

Reflecting in his homily on the sanctity of human life, Bishop McIntyre described current abortion statistics – which include “over 60 million lives lost to abortion in this country” since the 1973 Roe v. Wade and Doe v. Bolton Supreme Court decisions – as “staggering and sobering.”

Worldwide, 73.3 million abortions are performed each year, according to the Guttmacher Institute – almost 23% more than the United Nations’ reported global death rate of 58.39 million in 2019.

Those numbers include “countless women scarred by abortion,” Bishop McIntyre said, adding “the opportunities to witness to the sacredness of human life are countless and varied.”

Among these are prayer, fasting and “uniting ourselves to Christ in each and every offering of the holy Eucharist … for it is he alone who has overcome and conquered the forces of sin, death and hell itself,” said Bishop McIntyre.

Also essential is supporting church outreaches to those in crisis pregnancies and to families in general, he said.

Post-abortive counseling ministries, such as Project Rachel (sponsored by the archdiocesan Office for Life and Family), enable women to heal from decisions “they thought were right but have come to see as tragic,” said the bishop. 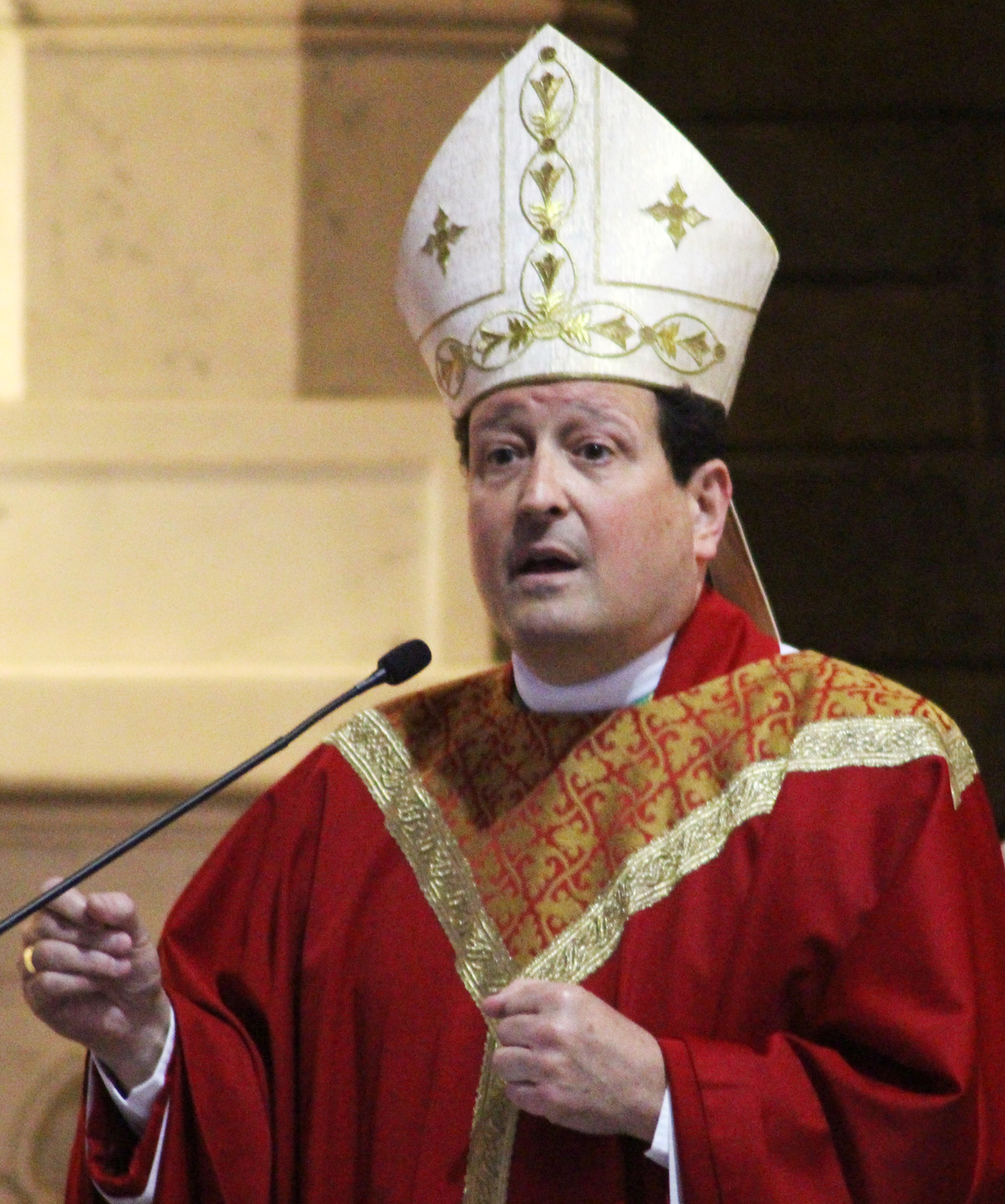 During a June 5 Mass at St. Agnes in West Chester prior to a pro-life march, Philadelphia Auxiliary Bishop John McIntyre described abortion statistics as “staggering,” and urged an array of spiritual and practical outreaches to those facing crisis pregnancies. (Gina Christian)

Engaging in “conversation with family, friends and coworkers” on the issue is also key, he said, along with “a willingness to remain silent when we know words won’t help, and some other witness is necessary in a particular moment.”

Following the Mass, attendees processed to Planned Parenthood’s West Chester site for a brief period of prayer and silent protest. Citing Pennsylvania Department of Health statistics, CCPLC literature stated 23,187 abortions were performed at the clinic between 1996 and 2020.

Pro-life educator Pete DeMaio, the event’s master of ceremonies, counted one of his own children among that number.

Speaking to the group during a closing rally on the steps of the historic West Chester courthouse, DeMaio recounted how, as a teenaged couple, he and his wife Tricia had two abortions – the second of which took place at the nearby clinic.

“Our baby was more than just a number listed on a piece of paper (among) Planned Parenthood’s figures,” said DeMaio.

Now the parents of seven children, the couple speaks openly about their devastating abortion experiences, and what DeMaio called their “very unique and powerful story” of finding “redemption, healing, love and forgiveness” through faith in Christ.

DeMaio stressed the “need to love and cherish our women and our babies,” and to provide “authentic masculine” role models to sustain family life.

Behind the millions of abortions each year are “millions of wounded moms and dads that need our love,” said DeMaio. “That’s what I see, because Tricia and I have lived it.”

During the rally, author and speaker Kathy Barnette also shared a deeply personal perspective on abortion.

“I am the byproduct of a rape,” she said. “My mother was 11 years old when I was conceived … people suggested that I be aborted.”

Barnette, a former armed forces reservist and adjunct professor of corporate finance, said she was “so very grateful to God there were people around … who saw value in my mom’s life and in (her own) life.” 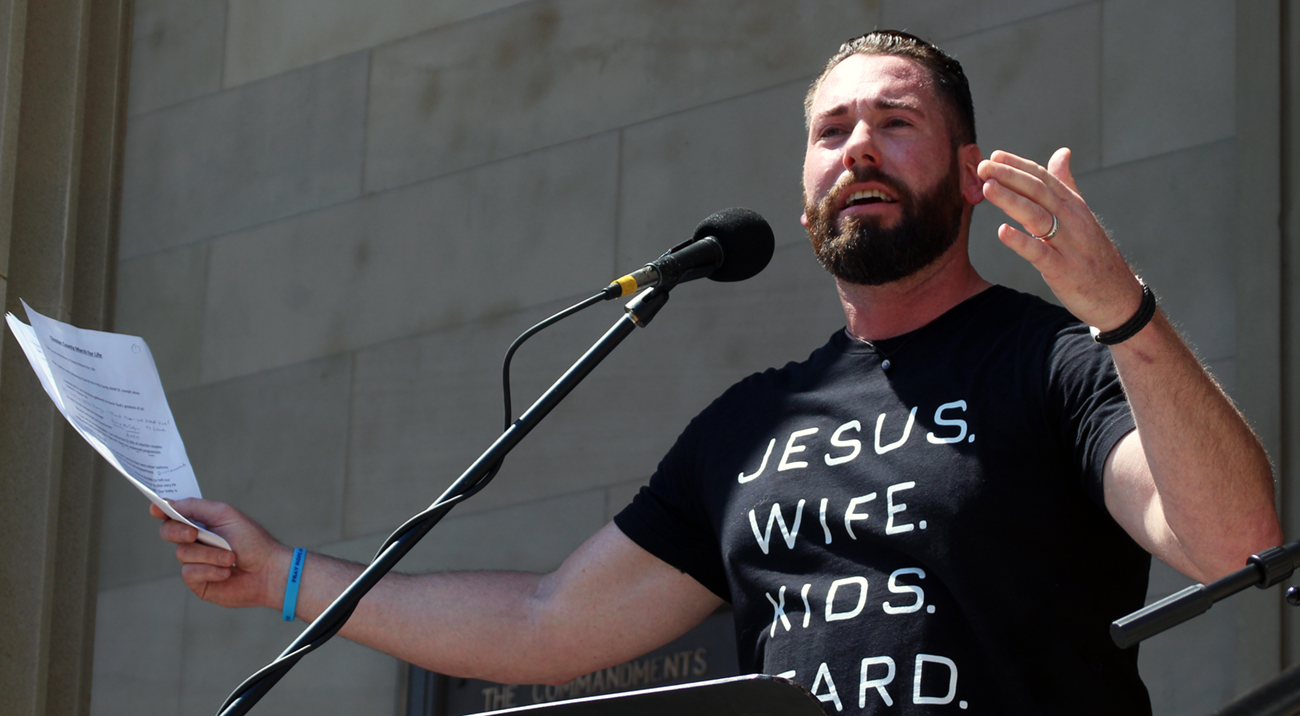 Pro-life educator Pete DeMaio shared how abortion had devastated him and his wife Tricia prior to their marriage. (Gina Christian)

Abortion “would not have corrected the … sin that was inflicted” upon her mother, Barnette said, stressing that pro-life advocates must serve as “nets for those who find themselves in a very vulnerable situation.”

Attendee Jen Volpe, a parishioner at Mother of Divine Providence in Wayne, agreed.

“A lot of these women are coming in and they don’t have anybody at all,” said Volpe. “Everyone tells them, ‘Well, just deal with it; just handle it. I’ll drive you to the Planned Parenthood, and that will be it.’ So it’s really important that they see there’s another way.”

If provided with adequate support, she said, “more women are going to choose life.” 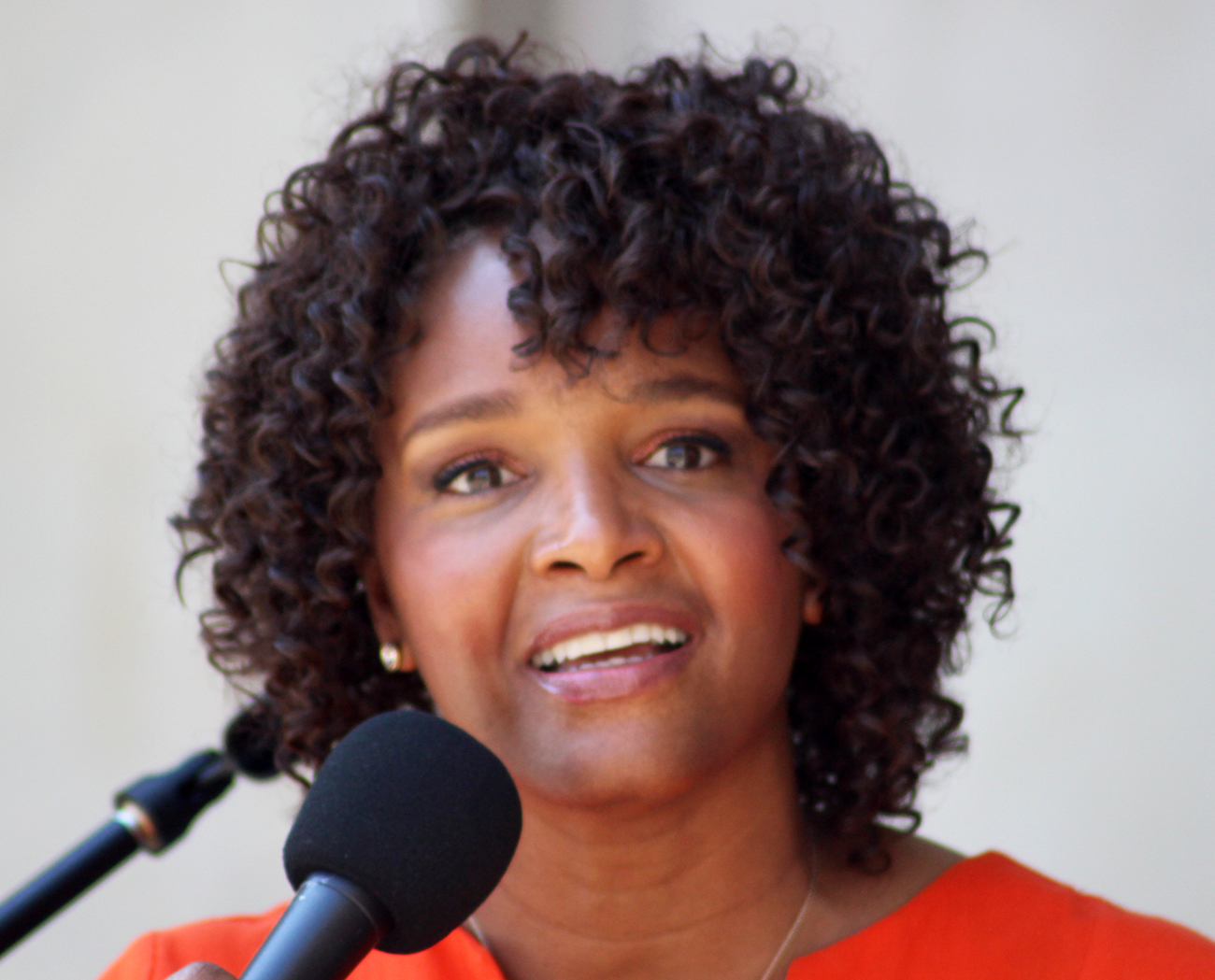 Author and speaker Kathy Barnette, who was conceived during a rape, said she was grateful supportive family members “saw value in (her) mother’s life and in (her) own.” (Gina Christian)

Medical imaging has also helped in this regard, said Steven Bozza, director of the archdiocesan Office for Life and Family.

“Ultrasounds have done so much to help our cause,” he said. “It’s the visual. … Seeing a baby play around in a mother’s womb, sucking his thumb — it’s changing their hearts.”

Even legislative responses have evolved, said participant Joel Enge, who traveled to the rally from Texas as part of a visit to Philadelphia’s Hope Pregnancy Center.

Enge is part of Sanctuary Cities for the Unborn, a Texas-based movement that mobilizes communities to outlaw abortion in municipalities where the majority of residents oppose the practice.

Close to 30 cities in Texas and Nebraska have successfully enacted such ordinances, which are “a preventative measure … empowering citizens to take a stand,” said Enge.

The sanctuary law in Lubbock, Texas was upheld by a federal court June 2 after a challenge from Planned Parenthood, while in late May the American Civil Liberties Union (ACLU) withdrew its lawsuit against seven other sanctuary towns in that state.

“This is our moment,” said CCPLC member Kim Savage, a member of St. Norbert Parish in Paoli. “This has been a long journey, because it’s worse than ever, with what’s happening in government, and even just the lack of respect for the dignity of people, who are regarded as disposable.”

Savage said pro-life efforts embrace “the entire continuum” of human development, from infancy to old age, and pointed to the Holy Spirit as the author of “a whole paradigm shift.”

“It’s exciting,” she said. “People seeing us out here as they pass by, and we don’t know what the Lord’s going to do with that. We’re just happy to be here and to be faithful.” 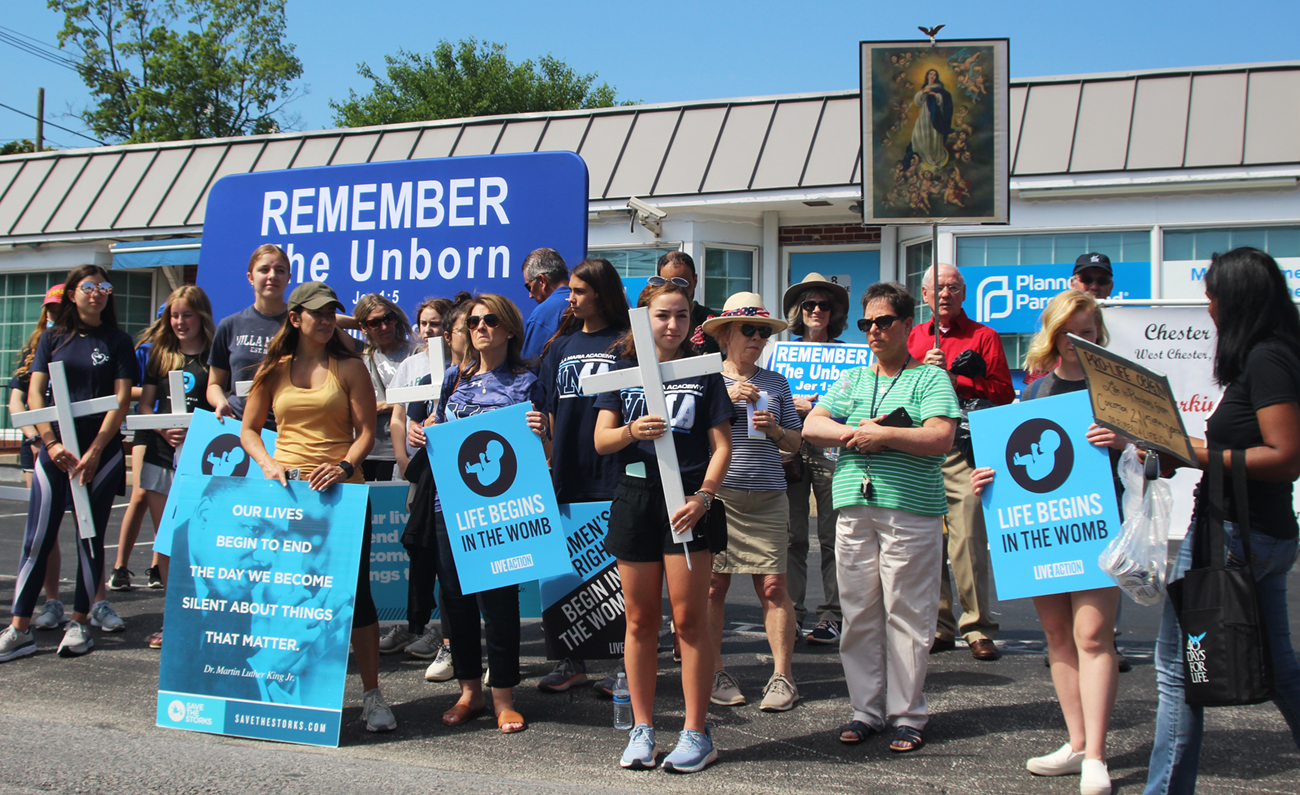 Participants in a June 5 demonstration sponsored by the Chester County Pro-Life Coalition gathered to pray outside the West Chester Planned Parenthood Clinic, where more than 23,000 abortions were performed from 1996-2020. (Gina Christian)