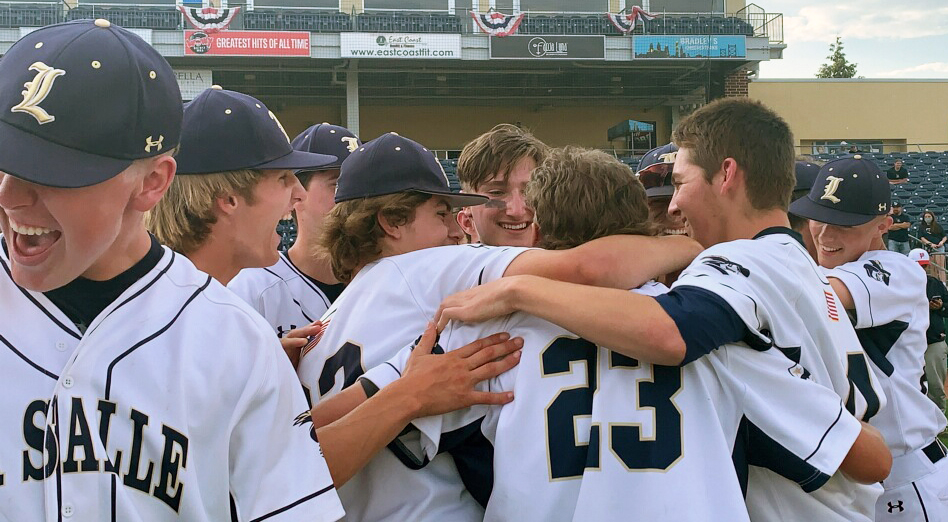 The couple hundred La Salle fans that journeyed to Penn State University’s Lubrano Park either squirmed in their seats or paced back and forth above the stands.

Ultimately, there was no need for worry. In a game filled with great pitching, outstanding defense and timely hitting, La Salle High School survived a scary final inning and defeated District 7 champion North Allegheny, 2-1, on June 18 to win the PIAA Class 6A state baseball championship.

“That last inning was the most nervous I’ve been in a long, long time,” said La Salle senior pitcher Ryan Marler, who allowed one unearned run, five hits and three walks while striking out four over 102 pitches. “That last out was not a routine fly ball.”

With runners on first and second and two outs, North Allegheny’s top hitter swung hard and lofted a mile-high fly ball to left field. As the ball hung in the air for what felt like forever, the crowd grew silent.

Playing in his last scholastic high school game after an outstanding career as both a football wide receiver and a baseball outfielder, La Salle senior Justin Machita followed the flight and corralled the baseball like a parent embracing an infant. 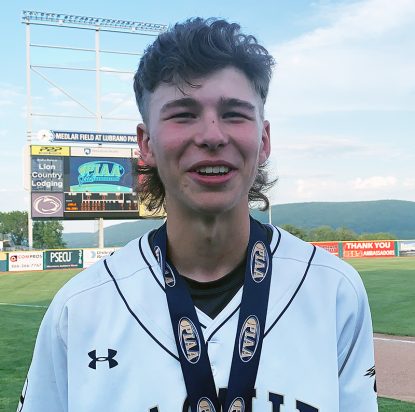 For the third time in program history, La Salle baseball finished as the best in the state, joining the 2012 and 2014 teams. In six state tournament appearances playing in the highest class possible, the Explorers are 14-3 overall and 3-0 in the final.

The Explorers finished on a school-record 25-game winning streak and a 26-2 overall mark – the most wins by a La Salle team – that included a third straight Catholic League championship, a division crown and four wins in the state tourney against brutally tough competition.

La Salle’s only offense – a two-run second inning on singles by senior Brian Baquero and junior Jeph Hadson-Taylor that scored Machita and senior Dan Wagner, respectively – held up behind Marler and his vaunted defense.

The seventh inning couldn’t have become much more nerve-wracking.

“My heart was pounding,” said senior catcher Nick Astolfi. “Each out, we were this much closer, and it just got even more intense. Their best guy was up with a man on second. I was scared. 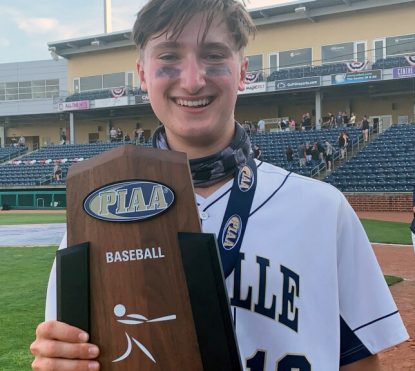 “But I was able to control my emotions and just play baseball, and that’s because I’ve been there so many times.”

The only person that mattered with the final ball in the air was Machita, who has caught thousands of fly balls during his career.

But this one? Totally different.

“I was like, ‘This is the last out of the state championship … you better catch it,’” said Machita. “The wind was a little tough, but the sun wasn’t a factor luckily, but I got under it enough to make the play.”

A week after boarding cars and buses and heading home with the state championship plaque now displayed in La Salle’s front office and joined by Catholic League and district trophies, several Explorers were asked to reflect on the most successful season in their baseball program’s rich history.

For Machita, a graduate of Holy Cross Regional Catholic School in Collegeville, he will be reminded about “the final catch” for the next four years as a finance major at Happy Valley.

“It was really cool to win a state championship at Penn State,” said Machita, who was voted by his teammates as La Salle’s Most Valuable Player for both his baseball prowess and steady leadership. “I’ve been going to games there all my life – both football and baseball. So if I never play sports again, it’s reassuring to know that I knocked out two dreams in one – playing at Penn State and winning a state championship. And, of course, now every time I see the baseball stadium, I’ll be reminded of our win there, and that’s much better than the sour taste I would have if we lost. I probably wouldn’t even be able to look at the baseball stadium.

“Winning a state championship has been my goal for the past four years. I’ve kept that goal in the back of my head as I pushed through workouts, practices and close games. Now that’s it’s happened, I feel complete and satisfied with my high school athletic career.”

Astolfi, always steady behind the plate, is already looking forward to reminiscing with his baseball buds in the near and distant future.

“This impacts my own life in quite a few ways,” said Astolfi, who will attend Boston College next fall. “For one thing, it can only bring me closer to my teammates, the guys I went to war with for four months. I’ll remember winning the state and the PCL with them for the rest of my life, and when we see each other down the line, we get to share those memories.

“The way our season went, I also learned a lot about how fully committing to a collective effort and buying into a system can really go a long way. We came together so well and 100% bought into what Coach Werman taught us and that’s why we were successful. Overall, a lot of life lessons learned.”

And so, the players were asked, what now?

“That’s been the question I’ve been pondering for the last week,” said Machita. “As I bask in the glory of a state championship, I look forward to accomplishing my next life goal, whatever that may be. Knowing I can achieve my biggest goal, like winning a state championship, gives me the confidence that I can do anything I set my mind to and know that the hard work will pay off.” 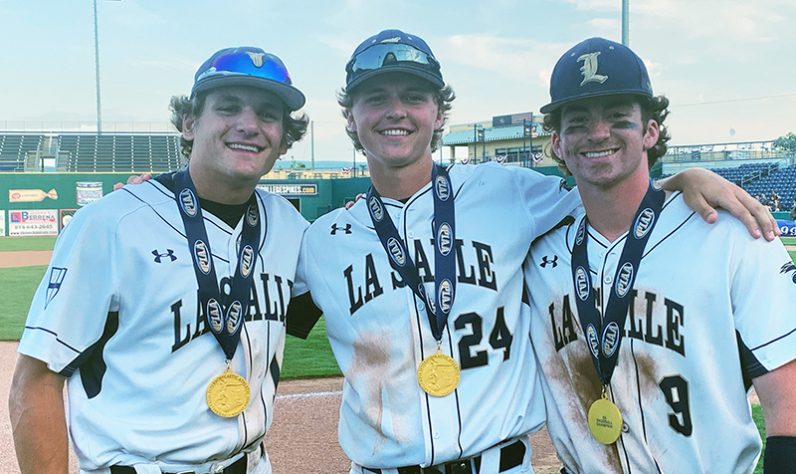