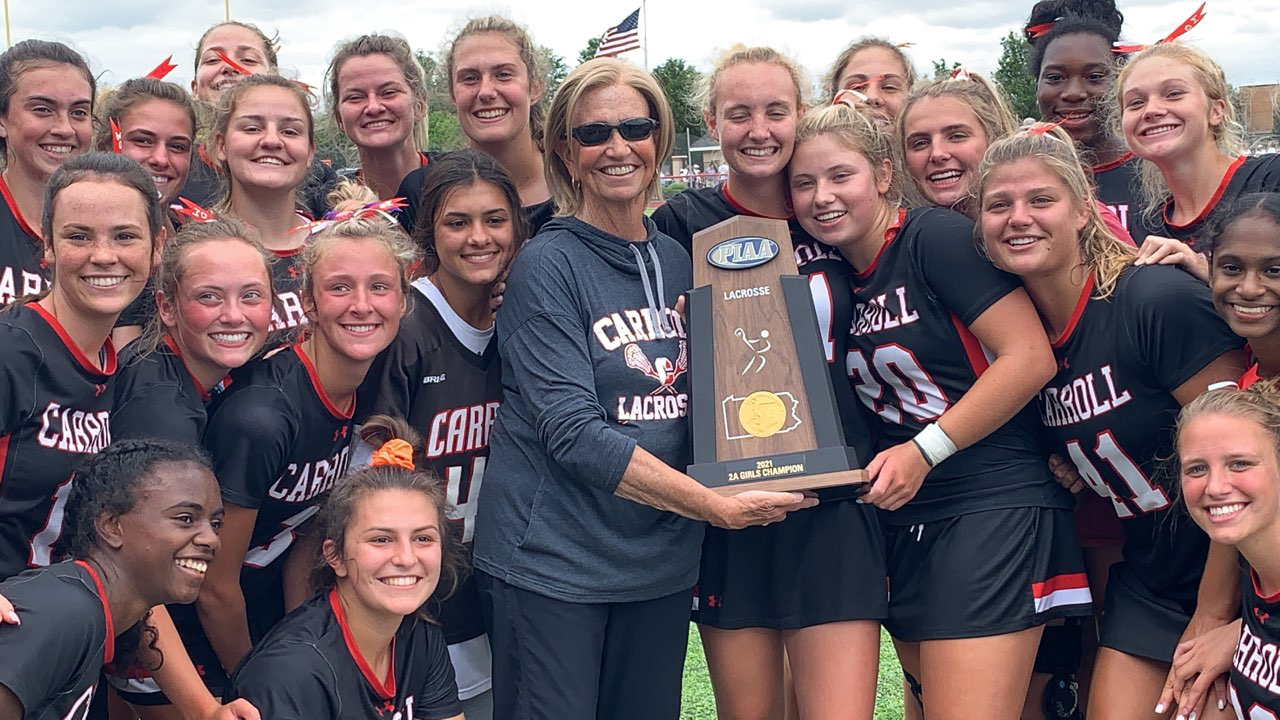 Lorraine Beers is not accustomed to spouting hyperbole. So when the legendary Archbishop Carroll girls’ lacrosse coach opines effusively about a player, ears perk up a bit more.

Although there were numerous outstanding efforts in Carroll’s 14-6 victory over Strath Haven in the PIAA Class 2A state championship on a steaming hot June 12 at West Chester East High School, Beers stressed the contribution of junior Kiley Mottice.

“Kiley has brought Carroll to a whole new level of lacrosse,” said Beers. “She is self-motivated with a tremendous work ethic and a no-quit attitude. Kiley’s lacrosse IQ, along with her outstanding skills, make her a true team player with more assists than goals.

“She is the best 2022 attacker in Pennsylvania. She’s a force to be dealt with.”

In Carroll’s second state title since 2017, the high-scoring Patriots struggled to find the net in the first half. Strath Haven’s goaltender stopped seven point-blank attempts, leaving Carroll behind, 4-2, at halftime.

Beers calmed the troops during the intermission. 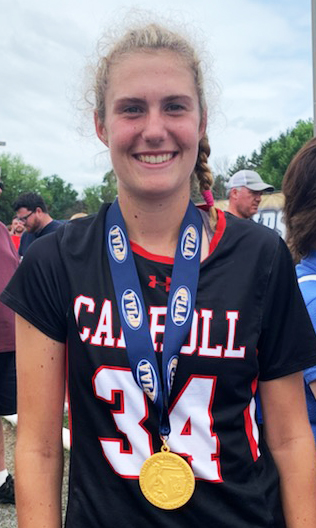 Kiley Mottice, a junior at Archbishop Carroll who has already committed to play college lacrosse at the University of North Carolina. (John Knebels)

“It wasn’t like we weren’t getting opportunities,” said Beers. “We were shooting the ball right at her. We knew we could do much better.”

Although a coaching staff adds a mega-important element to a struggling team, their message becomes moot unless the players buy in.

One of those players was Mottice, one of five different Patriots to tally multiple goals. Although there was understandable concern emanating from the Carroll sideline, Mottice aimed to assuage her teammates’ angst.

“I think what made Carroll such a strong team this year was our ability to come from behind and our perseverance and hard work all around the field,” said Mottice. “Overall, we overcame a lot of adversity and we played for each other and our coaches every game.”

Mottice enjoys providing intangible aspects to a squad that loses six seniors but will return a bevy of talent.

“To be a leader means pushing your teammates to do their best all the time as well as encouraging them daily and leading by example through putting in extra work outside of practice,” said Mottice. “Being a leader is important to me. I have been fortunate to be in a leadership role in many sports I have competed in and have learned from many great coaches as well as other leaders I have played with.”

Aided by Strath Haven earning a slew of yellow cards because of over-aggressiveness, Carroll outscored the Panthers by 12-2 during a torrid second half.

Similarly to Carroll’s modus operandi in capturing its 20th consecutive Catholic League championship on May 21, numerous players forged their name in the scoring column. In addition to Mottice’s two goals and one assist, Catholic League Most Valuable Player senior Keri Barnett finished with a game-high four goals and two assists. 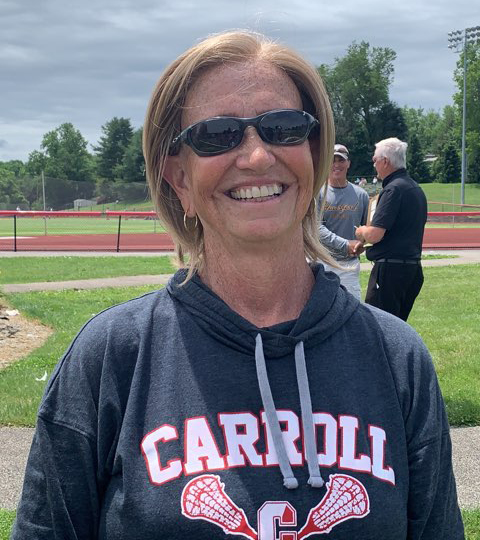 “Not only is Kiley the most amazing lacrosse player I have ever played with, she is also a great teammate that welcomed me as a freshman and many others,” said Carroll freshman standout defender Brooke Wilson. “Her leadership was a key factor in our team’s success.

“Kiley leads by example and is always willing to give 100 percent. Her work ethic, determination and dedication inspire me. I look forward to playing together next season, and then watching her excel at the college level.”

That destination will be at the University of North Carolina, where she will bring along a resume that, with one full season still to come, already includes 95 goals and 91 assists in two seasons. Last year was cancelled by the coronavirus.

“I committed on September 8,” said Mottice. “It was an incredible experience and stressful at times just because of the short time period, but I could not be happier or more excited to go to UNC next year and get coached by incredible coaches and be surrounded by the best.”

NEXT: Minnesota gymnast headed to Olympics relies on hard work, trust in God