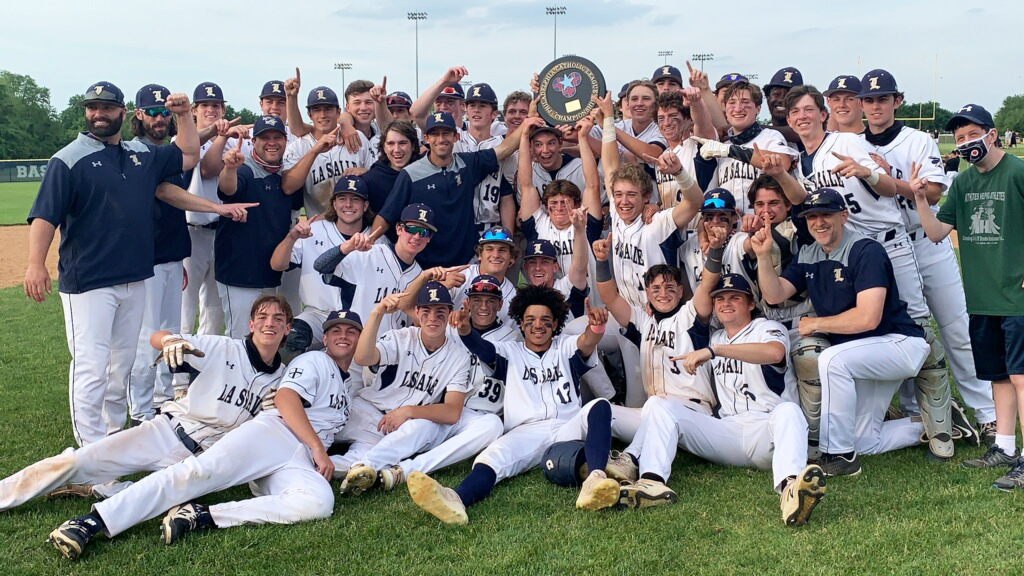 Just put the ball in play. Good things might happen.

That has always been the mantra for La Salle High School’s traditionally excellent baseball program, and on Tuesday afternoon, June 1 at Bensalem High School, the Explorers’ ability to get on base in any way possible helped them and head coach Kyle Werman capture the Philadelphia Catholic League championship for a third straight season.

Junior Brian Baquero’s hard ground ball to shortstop and a subsequent throwing error scored senior Dan Wagner with the winning run in the bottom of the eighth inning as La Salle edged Archbishop Wood, 3-2. Wagner had smacked a one-out double and was attempting to steal third base when the high toss soared past first base, allowing Wagner to race home – with a headfirst slide for emphasis.

“I was ready for a fastball the whole time,” said Baquero, who also had one of La Salle’s six hits on a line-drive single leading off the fifth. “When I saw it, I was a little bit on top of it. But I still hit it hard, and when you hit it hard like that, you force the infielder to make a play.

“When you’re running hard down the base, and there’s a runner in front of the fielder, there’s a lot of things going through his head. He has to check the runner … and then he also has to try to get you out. And when that happens, sometimes things just go your way, and that’s baseball at the end of the day.”

The victory punctuated La Salle’s perfect season against PCL competition. After mowing through the masses for a 13-0 regular-season record, the Explorers blanked Lansdale Catholic in the quarterfinals and Devon Prep in the semifinals. 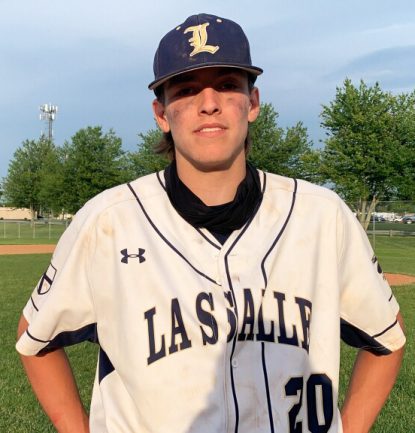 Archbishop Wood, however, would be their toughest foe, just like they were on May 7 when the visiting Explorers eked out a 3-2 win by surviving consecutive bases-loaded threats in the sixth and seventh innings.

The two-seed Vikings grabbed a 2-0 lead in the second when junior Sean Slowinski slammed a two-run homer over the left-field fence that also scored sophomore Joey Gale, who had walked. La Salle cut its deficit in half in the third when senior Eric Shandler doubled to score hustling senior Jake Whitlinger from first base.

In the top of the fifth, La Salle senior Ryan Marler, a graduate of St. Helena Catholic School in Blue Bell, took over in relief.

For the remaining four innings, Marler completely befuddled the potent Vikings. Only one of the 12 batters he faced reached base when senior Luke Cantwell was hit by a pitch with one out in the sixth, but he was subsequently thrown out attempting to steal second by La Salle senior catcher Nick Astolfi.

“I don’t want to be cocky, but I was feeling good today,” said Marler, who admitted to being a bit nervous when the game reached extra innings. “It was a good game. I was hitting my spots. I didn’t really have any tough spots. I was confident. I trusted myself.” 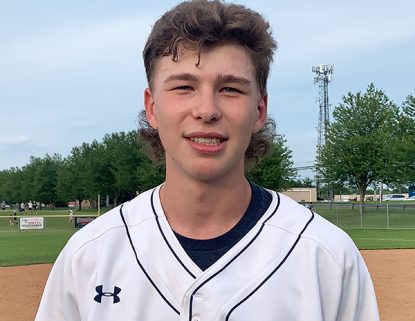 La Salle found itself trailing in the seventh inning. With one out, Astolfi singled and was replaced by senior courtesy runner Josh Mackunis. A single by junior Jephson Hadson-Taylor put runners on first and second. Whitlinger walked to load the bases, and La Salle’s dugout was going ballistic.

After a pop out, senior Mason Sermarini represented the Explorers’ last hope.

“I didn’t care how I got on base,” said Sermarini. “Of course you want to be the one who gets the hit and ends it, but I just wanted to keep the game going.”

Sermarini was able to coax a walk, forcing in Mackunis with the tying run. A pop out to third base ended the threat and, appropriately, the PCL championship needed an extra inning to decide a champion for the first time in two years since last spring was cancelled by COVID.

After the Vikings went down in order in the top of the eighth, it set the stage for Wagner’s double, Baquero’s hard grounder, and an overthrow to put the 2021 PCL season to bed.

“I saw him slide head first into home plate, and I just flipped my helmet off and everyone starts pouring out, and we dog pile,” said Baquero. “It’s a moment that you have to try to keep yourself in … try to experience it to the fullest.”

La Salle and Wood both won District 12 titles and advanced to the first round of the PIAA state tournament that begins on Monday at times to be determined. Ironically, La Salle’s Class 6A contest against Hatboro-Horsham will take place at Archbishop Wood while Archbishop Wood’s 5A meeting versus Oxford will be hosted by La Salle High School.