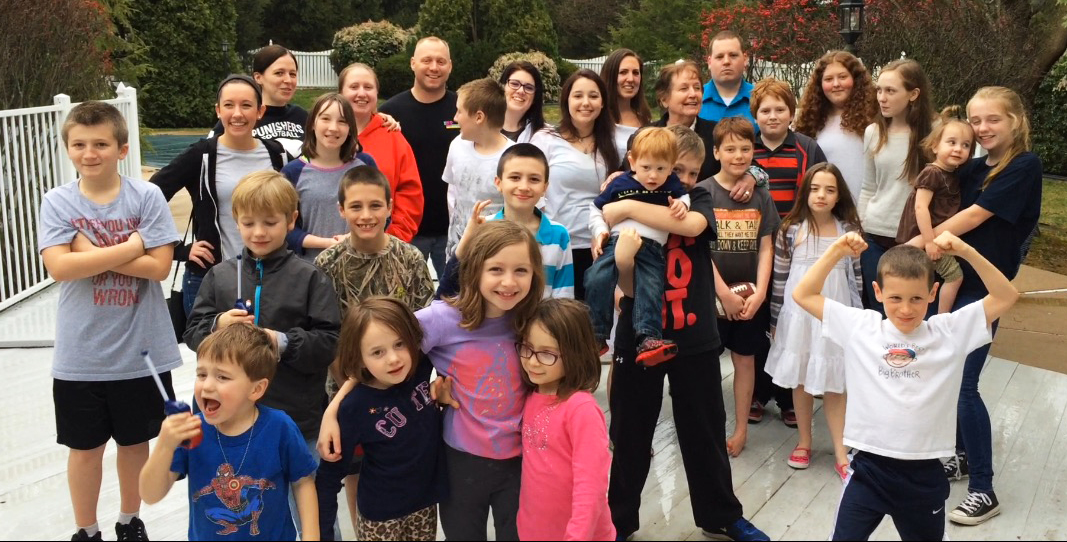 Sally Wood of St. Patrick Parish in Malvern says her goal for her 56 grandchildren and great-grandchildren (some of whom are pictured in this undated photo) is to instill a desire "to know, love and serve God." (Photo courtesy of Sally Wood)

This Sunday will mark the inaugural World Day for Grandparents and the Elderly, instituted by Pope Francis to honor seniors as a vital link between generations.

The new observance will take place every year on the fourth Sunday of July, coinciding with the feast of Sts. Joachim and Anne, Jesus’ maternal grandparents.

Being a grandparent is a source of “pure joy,” said Rita Malfara of St. Cecilia Parish in Philadelphia – and she and her husband, permanent Deacon Lou Malfara, should know.

With their 21 grandchildren ranging in age from two months to 30 years, “every single family event is an adventure,” said Deacon Malfara. “Something always happens.”

Sally Wood of St. Patrick Parish in Malvern would agree: she counts a total of 56 grandchildren and great-grandchildren from 7 to 33 years old.

But even with that impressive number, she’s still in second place in her family. 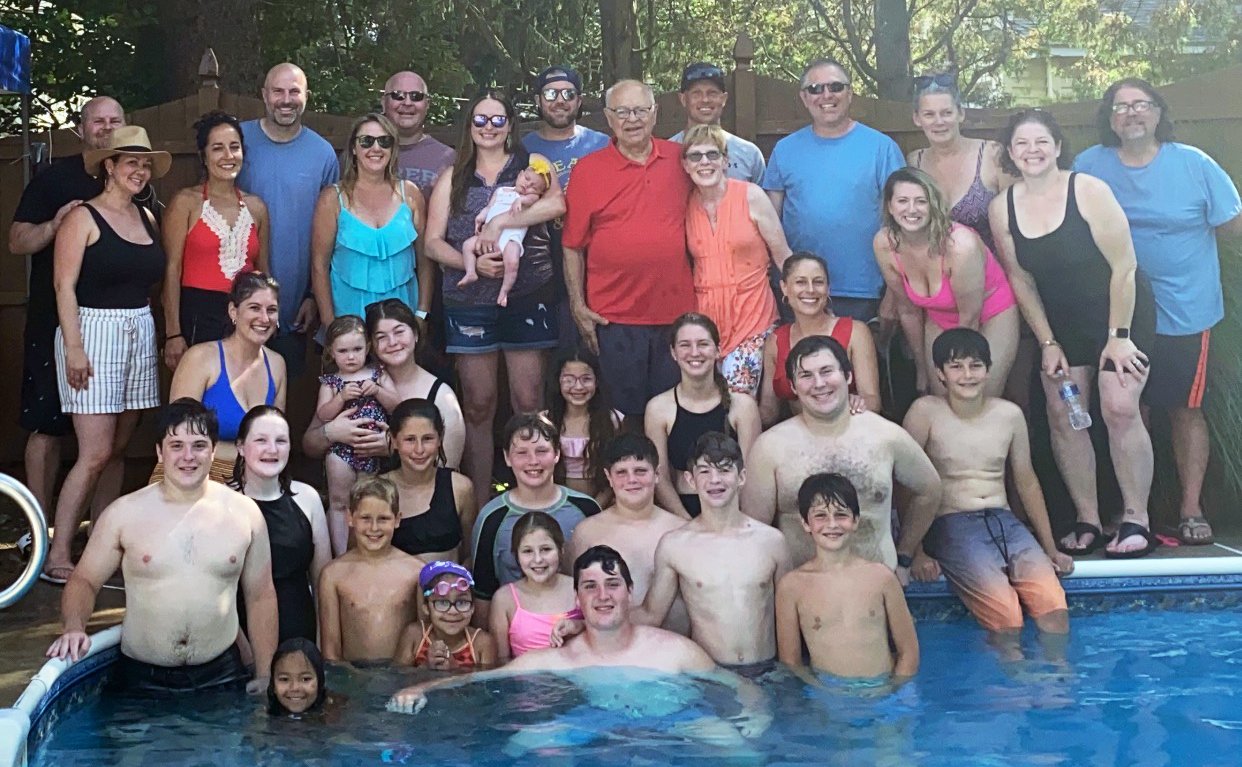 Regardless of family size, welcoming the children of one’s children is a powerful experience, said Jacqui Simmons of St. John Neumann Place I, a South Philadelphia senior residence operated by archdiocesan Catholic Housing and Community Services.

“It takes my breath away when I can see bits of me in my grandkids and great-grandkids,” said Simmons, who has a total of five in all. “Just the little things they do, the way they say things. … I think, ‘I do that; my dad did that; I’ve heard that before, that’s me.’ … There are no words to describe how I feel when I see them.”

Throughout the COVID pandemic, seniors have lamented the lack of contact they’ve had with their grandchildren, and Simmons said she “made these (festive) hats” for her video chats with her little ones, whom she’s missed hugging.

Whether she’s meeting them in person or online, Malfara said she is “transported back in time” when she looks at her grandchildren. 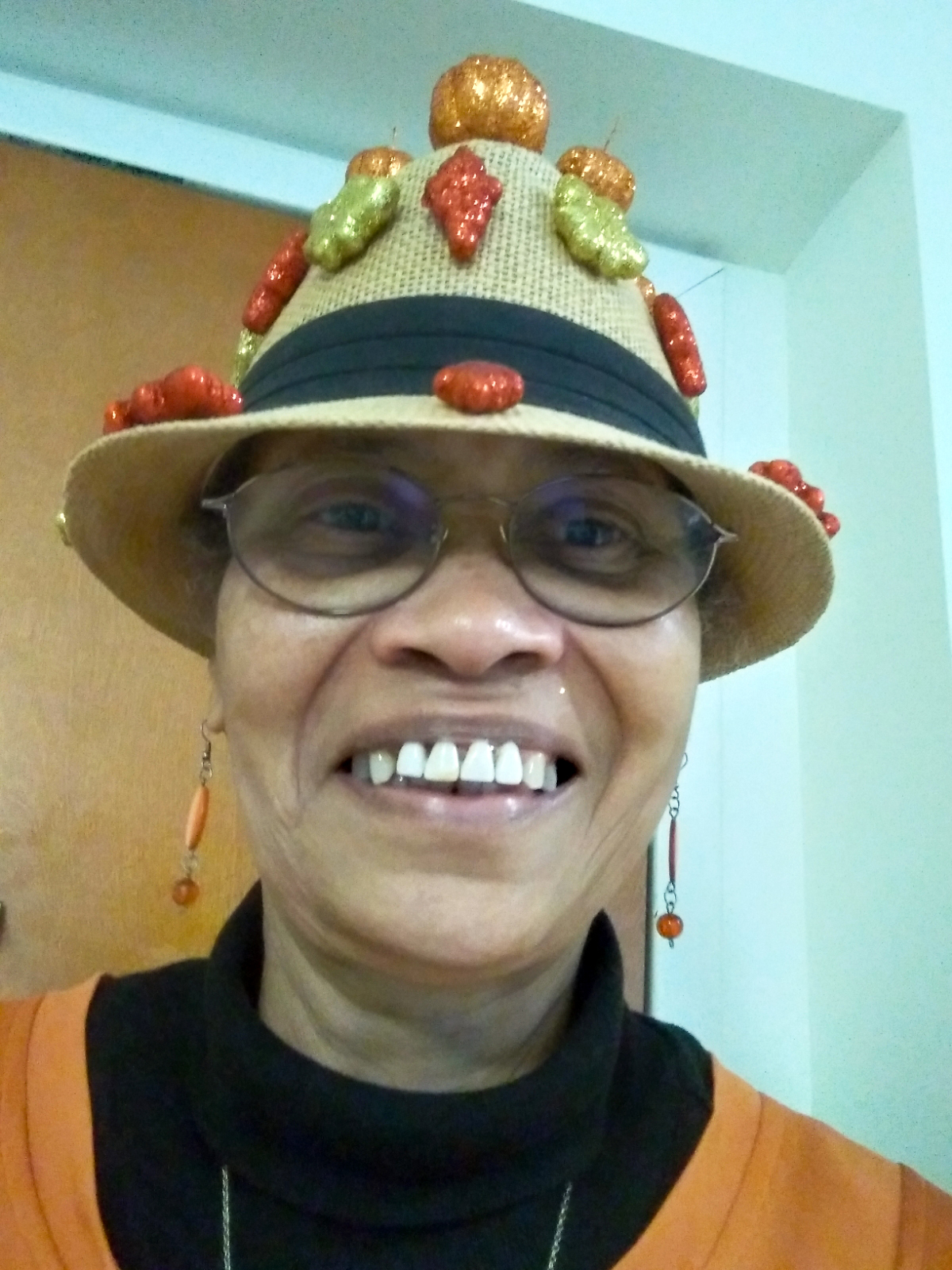 Jacqui Simmons, a resident of St. John Neumann Place I in South Philadelphia, made festive hats for video calls with her grandchildren during the COVID pandemic. (Photo couresty of Jacqui Simmons)

“I see my kids’ faces in them, their expressions, their personalities, and it is stunning,” she said.

Spending time with a new generation of children offers the chance to “learn an awful lot,” she added.

“Sometimes they say profound, profound things,” she said. “They see more clearly, without the lenses that we have.”

“They’ll tell me things they won’t tell their parents,” she said. “If their mother or father is annoying them, they’ll just say, ‘What do you think, Mom Mom?’ And I’ll counsel them.’”

“I told them I’m their secret keeper,” said Simmons. “They tell me secrets that I will not share with their parents unless I felt it was necessary or it would cause them harm, and I would be sure to share with them if I was going to tell their parents.”

As a grandmother, Simmons also appreciates the chance to “do things you couldn’t do with your own children because you were caught up with working and taking care of them.” 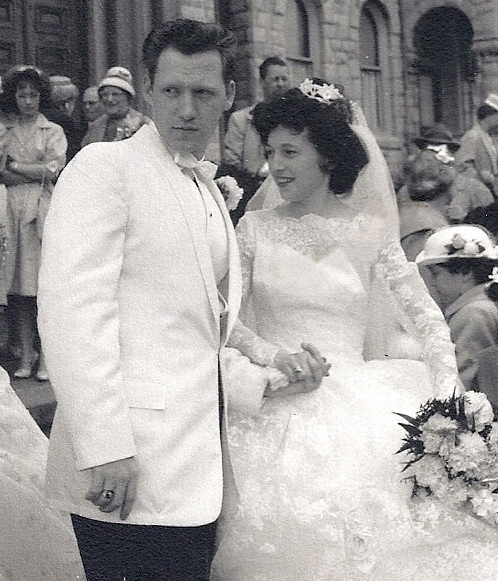 For Wood, teaching both her children and grandchildren “to know, love and serve God” is the essence of parenting and grandparenting – especially since faith is “the most important thing” amid the uncertainty of earthly life, she said, as she herself can attest.

When he was just 37, her husband James, a police sergeant, developed multiple sclerosis and became legally blind. She went to work for Lower Merion Township to support their large family of 12 children in all — one of whom, Richard, died shortly after birth, and nine of whom were delivered by Caesarean section.

After three consecutive C-sections, Wood’s doctor advised against having additional children – putting the couple, who wanted to continue building their family, “in a dilemma,” she said.

“A priest came to see me, and I told him, I feel strongly about my children,” she said. “He looked at me and said, ‘Do you believe God is the creator of life?’ And I said, ‘Yes.’”

The Malfaras also faced criticism for having a large family. 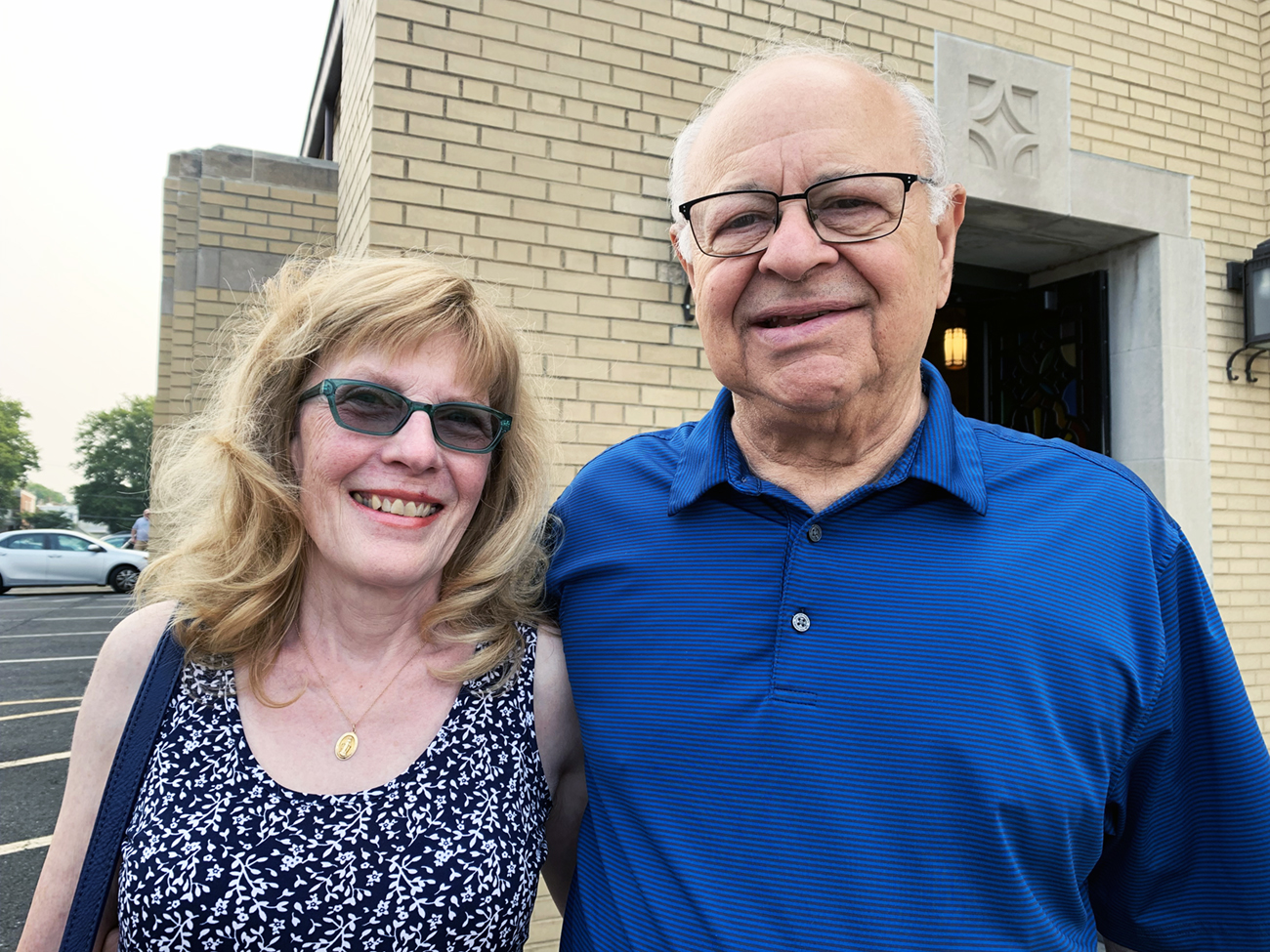 As a young couple, permanent Deacon Lou Malfara and his wife Rita of St. Cecilia Parish, (seen in this July 20 photo) faced criticism for having a large family. (Gina Christian)

“I remember telling a friend I was expecting my third child, and she said, ‘Well, is this an accident?’” said Rita Malfara. “I was stunned. We felt blessed, but the people around us thought we were crazy.”

With the arrival of their grandchildren, “the coin has flipped” said Deacon Malfara.

“These same people envy us – they envy us,” he said.

Statistics confirm that U.S. fertility rates have been falling for more than a decade, and are now  significantly below what experts call “replacement levels.”

Couples who intentionally shy away from having families “miss out on all the blessings,” said Wood, who is particularly grateful for her grandchildren’s prayers.

During a recent ankle surgery she had, “the little ones would pray every night for my foot to get healed,” she said.

“They know how important our faith is,” she said. “They’re always bringing me a holy card or a picture.”

The prayers of grandparents are equally powerful, said Rita Malfara, who admitted being a grandparent keeps her and her husband “on (their) knees every day.”

“I do believe God will answer our prayers for them even if we’re not here to see it,” she said.

And part of those prayers is a desire for “the ability to surrender,” said Malfara.