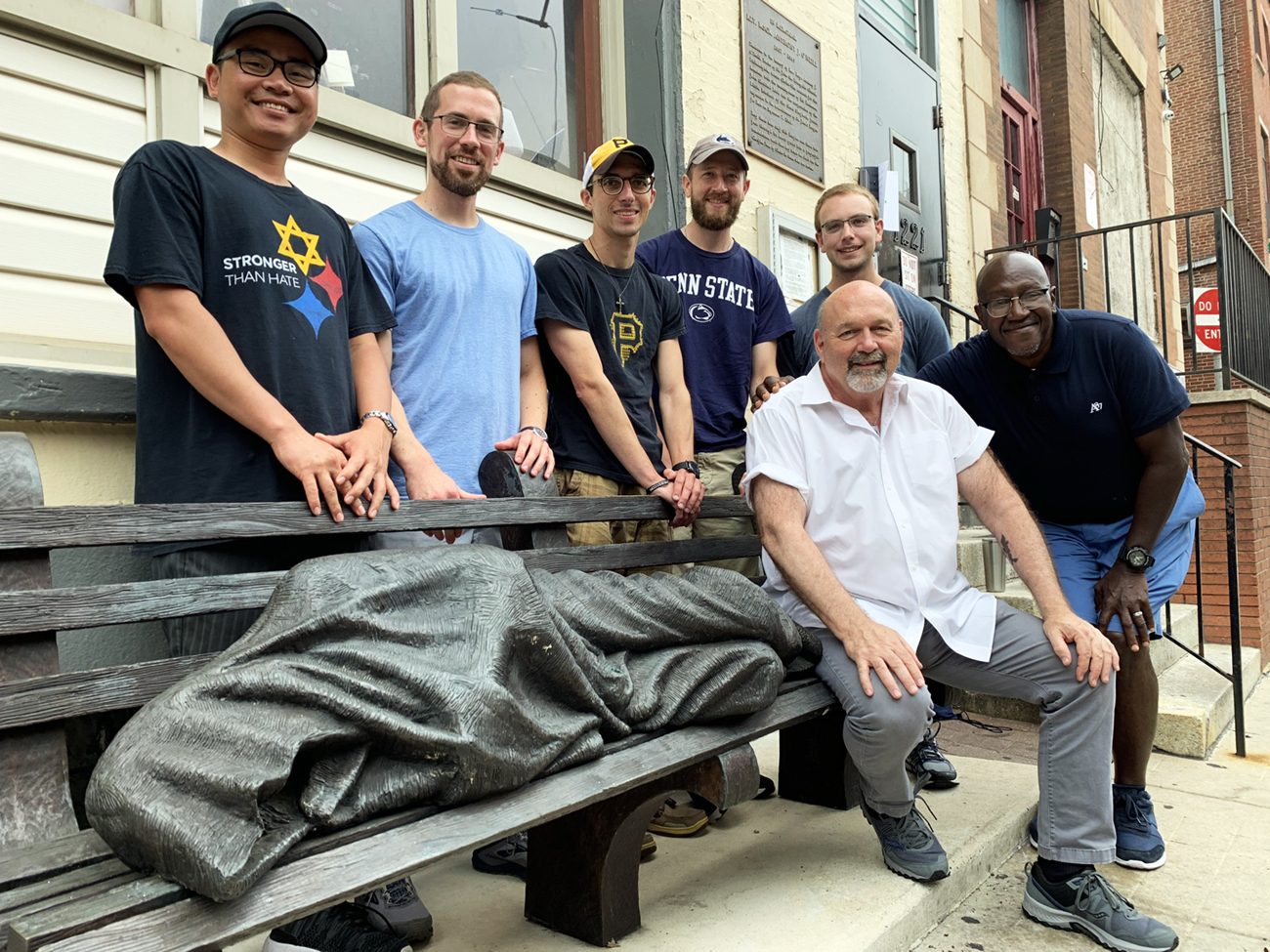 Five seminarians from Pittsburgh recently spent some time working for an archdiocesan outreach to men on the streets – and learning to see those men “brother to brother.”

Each weekday, SJH (a beneficiary of the Catholic Charities Appeal) provides more than 300 meals to its residential and day guests, as well as case management, on-site nursing, daily showers and a mail room.

In addition, the facility annually houses some 250 men transitioning from homelessness to independent living.

“And there have been a lot of questions,” he added – not the least of which was an initial one from the seminarians, who had only received two days’ notice of their Philadelphia destination.

“Secrets were kept, but for a good reason,” he said. “It makes for a really honest, humbling experience.” 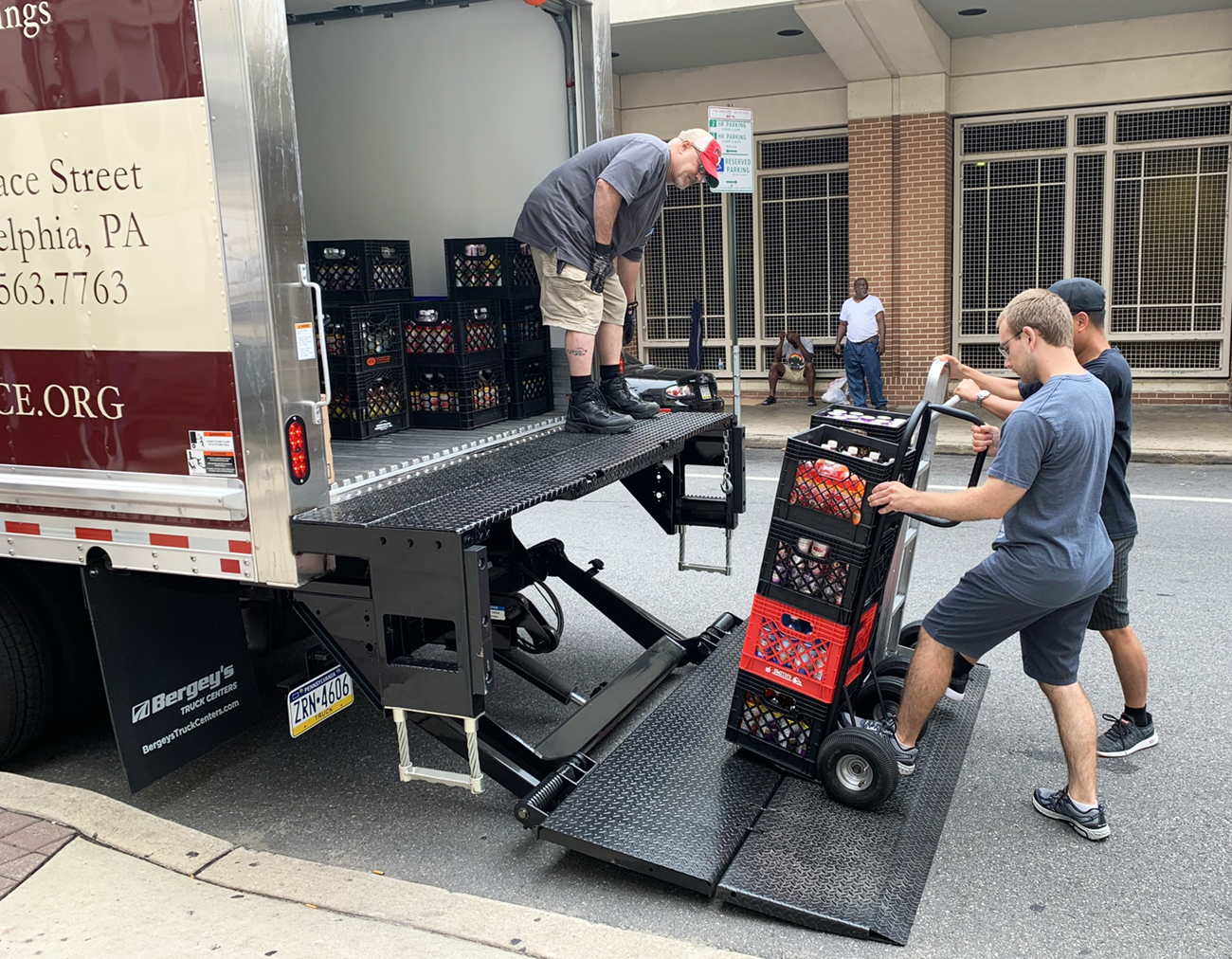 The Gospel passage for the seminarians’ first day at SJH – Mark 6:7-13, in which Jesus sends out the Twelve with “no food, no sack, no money in their belts” – confirmed that choice, said the deacon.

“Besides, if they had known a month ago where they were going, they probably would have bought Philadelphia sports team gear, like Sixers hats,” he laughed.

Instead, Tran proudly wore a Pittsburgh Steelers T-shirt, while Wytiaz agreed any advance notice would have sparked “a whole agenda” of pre-planning.

“Honestly, I would have come in and I would have had all these ideas of things I would have wanted to do,” he admitted. “And that’s not the point of this at all.”

Previous medical mission trips to the Dominican Republic and Peru had tempted him to focus on a “number-driven” assessment of his participation, said Wytiaz.

“You want to see this many patients, or dispense this many meds and fill this many scrips,” he said. “And we never end up reaching those numbers; something always comes up, and you get frustrated.”

Wytiaz said in hindsight he realized “the graces from those trips” were “the times (he) encountered individuals in a personal relationship.”

“I’ve been on a couple of mission trips, but I don’t think anything quite like this, where I’m really immersed with the homeless and the poor,” said Pintar. “They showed us around, the bunks and the bathroom and the different facilities. I just felt welcomed and respected. There’s a mutual community brotherhood here.” 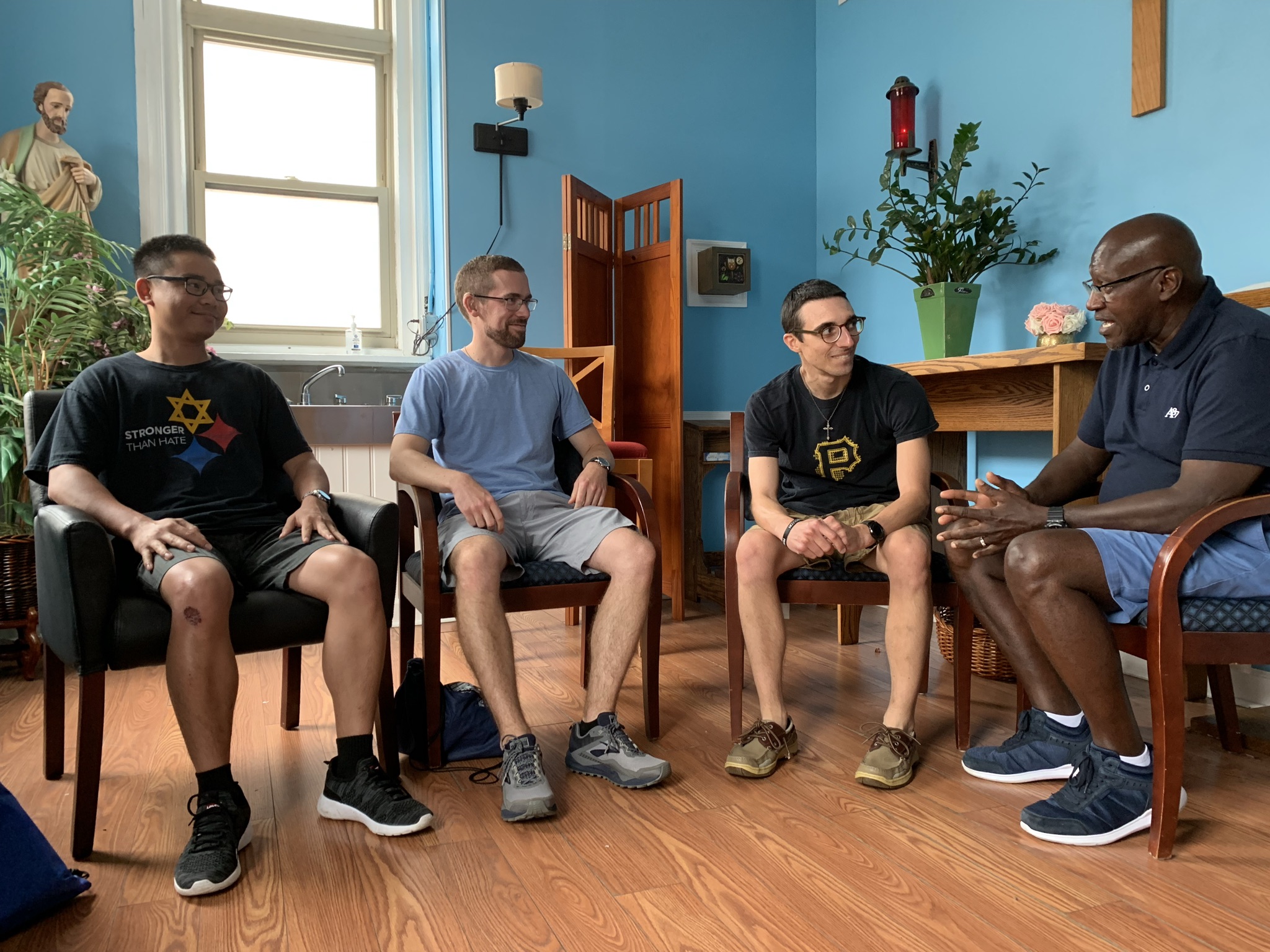 Vietnam-born Tran said the trip affirmed his path to the priesthood – although he admitted to having a few questions about the Lord’s driving directions.

“I said to God, ‘I will devote my life to serving the poor,’” said Tran, who had once missioned to a deeply impoverished jungle community. “And then somehow I came to America, and I said, ‘God, are you sure about this? Because America is the wealthiest country in the world.’”

Until the start of the pandemic, poverty in the U.S. had been on the decline for the fifth consecutive year, falling from 11.8% in 2018 to 10.5% in 2019. While analysts continue to debate COVID’s long-term economic impact, Philadelphia struggled with a 23% poverty rate well before the coronavirus. A January 2020 “point in time” count revealed more than 5,600 individuals experience homelessness on a given night, a number driven in part by the city’s ongoing battle with opioid abuse.

“God answered me in bringing me here,” said Tran. “I see another side of your country; I see your poor. And I ate with them, talked with them and I say now, ‘God, you were right.”

Tran said he was “energized” by his conversations with SJH clients, particularly one who despite his hardships remained “really positive.”

“How much he is willing to share with me,” said Tran. “He told me, ‘Life is short’ and he smiled. I am receiving from these men.”

Pintar said he was impressed by the determination and “openness to change” he found among the SJH clients – and a sense of common vulnerability.

“We all have pieces of brokenness in our lives,” he said. “It might not be so evident or dramatic, but to see people at all stages of that journey, just coming off the streets and trying to find honest work, a steady job, a home and a family – we all make that journey in different ways, and I think it’s where we can connect on a personal level.”

“Anybody can pass out lunches or answer the phones, but am I connecting with these men?” asked Wytiaz. “Am I allowing myself to be a guest in their home? Am I seeing them as a brother in Christ; am I seeing them as a person, not just as the homeless?”

Discerning Christ in others is at the heart of the Catholic faith, said Pintar.

That awareness has been evident in the seminarians’ interactions not only with SJH clients, but with everyone they’ve met during their time in Philadelphia, said Deacon Willoughby.

“Wherever they go, people recognize them as seminarians,” he said, joking that “it must be the shorts.”

While collecting SJH donations from archdiocesan parishes and visiting area shrines (“we don’t want to brag, but we do have the largest collection of relics outside the Vatican back in Pittsburgh,” said Wytiaz), faithful have instinctively approached the young men asking for prayer.

“People recognize the holiness they’re going to bring to their diocese,” said Deacon Willoughby. “These seminarians are going to make Pittsburgh proud.”