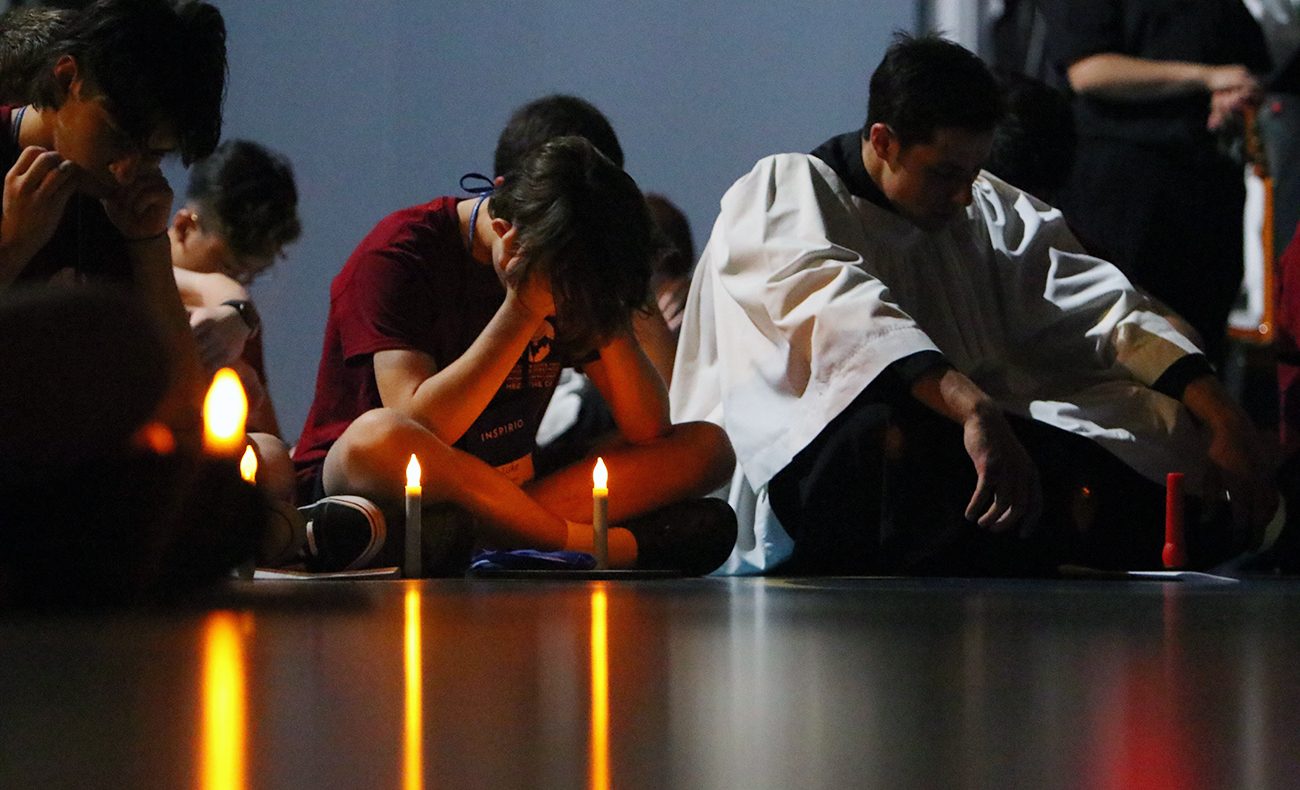 A participant at the June 28-July 1 Quo Vadis camp bows his head in prayer. Sponsored by the Archdiocese of Philadelphia’s vocations office, the gathering works to deepen spirituality in high school boys while introducing them to vocational discernment. (Photo by Sarah Webb)

After more than a year of virtual events, an Archdiocese of Philadelphia camp tradition returned in-person, and with a new vocation director.

(See scenes from the camp in our photo gallery.)

The camp is organized by the Vocation Office for the Diocesan Priesthood, which just welcomed a new vocation director, Father David Friel.

Although Quo Vadis is organized by the Vocation Office, it isn’t only a discernment retreat for those considering the priesthood.

The purpose of Quo Vadis is to help young men “get to a place of deeper spiritual maturity where they’re free to choose whatever it is God is actually asking them to do,” said Father Friel.

Campers enjoy fellowship with one another, outdoor recreation, formational talks and abundant time for prayer, including daily Mass, Liturgy of the Hours and living Stations of the Cross.

A basketball gym was utilized for the holy hour and it was filled with praise and worship music, candlelight — and most important, the true presence of the Lord.

While at breakfast one morning, a young camper told Father Friel that his favorite part of Quo Vadis was the amount of prayer time. All of the other young men at the table agreed.

Father Friel noted that many additional young men had similar feedback, which he said is perhaps an unexpected response from young high schoolers.

The camp is open to high school men from incoming freshman to graduated seniors. A total of 35 young men attended from every county in the archdiocese. This year 20 men, more than half, attended for the first time.

Father Friel was a seminarian when the archdiocese began running Quo Vadis, and he’s been involved in nearly every one: first as a seminarian, then as a young priest hearing confessions, and for the past several years, assisting Father DeLacy during the entire camp.

One thing he’s noticed from year to year is how much the camp has become led by seminarians. The practical and logistical planning is done by the vocation office, but Philadelphia seminarians carry out the work of running the activities and programs. Father Friel said this is beneficial for both the campers and the seminarians.

“For the campers, the best part of the week is really engaging with the seminarians,” he said.

For the seminarians, he continued, the camp provides great experience in leadership and public speaking, and helps them grow in the ability to hear God’s will for their lives too.

Seeing the interactions between the campers and seminarians “is a joy … because I see how good it is for both of them,” said Father Friel.

Several seminarians who volunteered this year have attended Quo Vadis in the past. Come August, three young men from this year’s Quo Vadis will be joining them at St. Charles Borromeo Seminary, where they will further discern a call to the priesthood.

The theme of this year’s camp was “Speak Lord, for your servant is listening.” This phrase comes from 1 Samuel 3:10, and is also the Vocation Office’s theme for the year. The biblical story of Samuel’s call by the Lord in service as a prophet was read several times throughout the camp and discussed in the formational talks.

Father Friel points out that the story ends with the line, “‘Speak Lord, for your servant is listening” which he said, “is an expression of the place of spiritual maturity where (one is) willing to hear what the Lord has to say and follow.”

Eli, he points out, is so important because without him Samuel would not have been able to recognize the Lord speaking.

“We all need people like Eli who can point out to us the ways in which the Lord is operating in our lives,” said Father Friel. 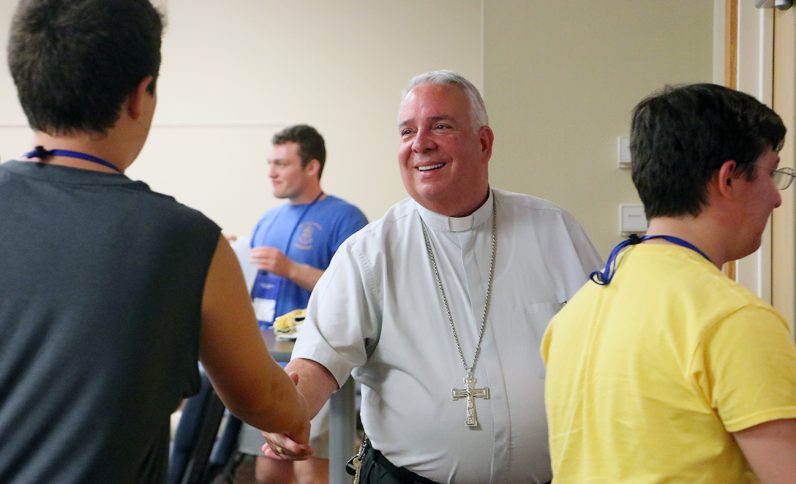 PREVIOUS: Down on the farm, they’re raising crops and lifting spirits

NEXT: Couple heads back to the altar, this time as Franciscans