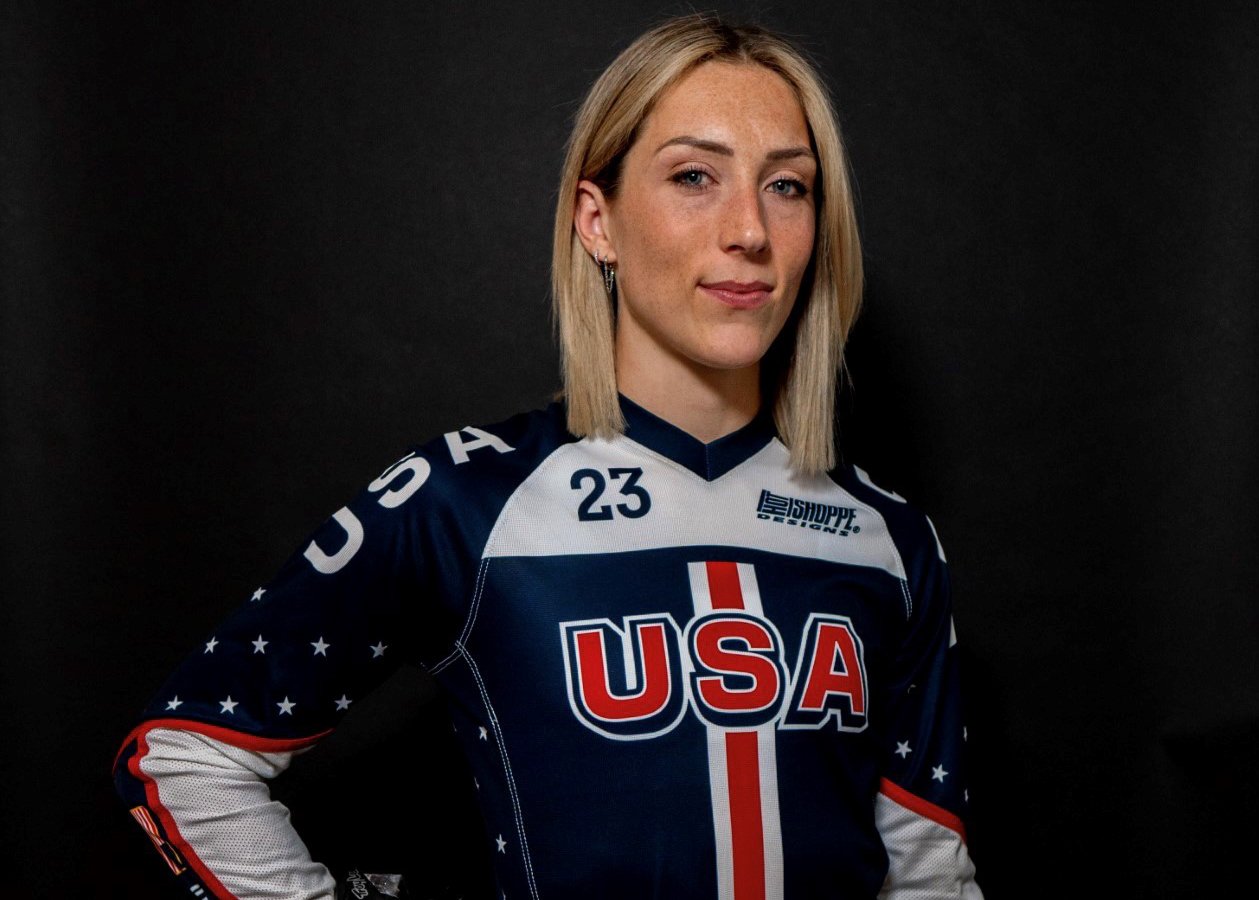 Felicia Stancil of Indianapolis is seen in this undated photo. The Marian University graduate is part of USA Cycling competing in the Summer Olympics in Tokyo in the BMX events taking place July 28 and 29. (CNS photo/Stancil Family, courtesy The Criterion)

INDIANAPOLIS (CNS) — When the interview with Olympic cyclist Felicia Stancil began, the 26-year-old Indianapolis resident said it would be great if one particular story could be shared with people.

It’s a story about her and her father, Jamie, a former professional BMX racer who introduced her to the sport.

“My mom, Samantha, passed away when I was 3,” Stancil said. “BMX was my dad’s way of showing his love to me. It’s something we have bonded over our entire life. I started when I was 4. He calls me all the time.”

There’s also another defining story about Stancil, who is representing the United States in the Summer Olympics in Tokyo, with her BMX qualifying race taking place July 28 before the July 29 final.

It’s a story of her toughness.

In late April of her senior year in high school, she was competing in BMX, which she describes as “a 50-second, all-out race” on a dirt track marked by jumps and turns — a race where “there’s not a lot of time to think so you have to make quick decisions and trust yourself.”

During that race, she had a horrendous crash, leaving her with four broken bones, a concussion and a lacerated liver.

“I was rushed into liver surgery right away to stop all the bleeding,” she told The Criterion, newspaper of the Archdiocese of Indianapolis. “Because I had a concussion, I was awake during the surgery.

“It took two months to fully recover. After a month of training, I went to the world championships in July and won the two races I was in. I never lost my faith in what I could do. My friends and family helped me through that.”

Ever focused, Stancil spent her college years at Marian University in Indianapolis, which is renowned for its successful cycling program.

“Marian was the only college I applied to because that’s where I saw myself doing both my education and cycling at a high level,” said Stancil, who graduated with honors. “I mainly wanted to grow my cycling career, to grow as an athlete. I definitely matured at the time, too.”

Her maturity shows in the way she talks about her career in racing, especially her approach to it, which is heavily influenced by her father. The focus is on proper preparation and training — what she describes as “the process.”

“It’s definitely been an amazing journey. One thing my dad taught me is to focus on the process. He never rewarded the results. He awarded the process. I’ve definitely learned a lot about work ethic — and to enjoy the process. Sometimes, training at the highest level gets lonely. You have to trust yourself and things will come together.”

Her approach to life reflects a similar maturity: “I try to live each day and make the most of each day.”

Consider what Stancil did when the Summer Olympics were postponed last year because of international COVID concerns.

“I’ve always wanted a dog,” she said with a laugh. “She was my best friend during COVID.”

Daisy the dog has become so special to Stancil that the cyclist has added images of daisies to the back of her Olympic bike helmet.

So Daisy will be there in spirit. So will Stancil’s father, who won’t be able to cheer for her in person because fans are restricted from attending the Summer Olympics because of COVID-19 concerns.

As for Stancil, she planned to approach the Olympics with her usual combination of passion and perspective.

“I’m very passionate about the things I do. I want to give all I can to represent my country in the best way I can. I don’t have any huge expectations. I’m trying to live in the moment.”

Shaughnessy is a staff writer for The Criterion, newspaper of the Archdiocese of Indianapolis.

NEXT: Philippine weightlifter credits her Olympic success to her faith