St. Augustine on sustainability: ‘Enough for all, always’ 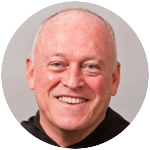 The upcoming feast of St. Augustine (Aug. 28) is a significant one for me as an Augustinian friar.

As a follower of Christ in the footsteps of Augustine, I have had the privilege of being involved in promoting care for our common home, a topic close to the heart of Augustine, who admired the beauty in which he was able to discover and appreciate God’s love for us.

As an Augustinian I am regularly involved in providing workshops and retreats to groups and parishes that wish to become more sustainable. Villanova University, the Augustinian university where I serve, is actively involved in promoting an ethos of sustainable living, and we are now partnering with EcoPhilly, the creation care initiative of the Archdiocese of Philadelphia, to expand this work to more parishes (and perhaps even to yours!).

So it’s clear that this subject is important to me; but could it have been important to a saint born almost 1,700 years ago?

Well, it is certainly true that St. Augustine has nothing specific to say on, for instance, the United Nations’ Sustainable Development Goals! Still, he offers us the underpinnings of Catholic social teaching on the environment in some of his most famous works, such as “The Trinity,” “The City of God” and his “Confessions.”

There is a much more concise document Augustine composed at the age of 43, some 10 years after his own baptism: his Rule of Life.

Inspired by the path walked by the early Christian community (Acts 2:32-37, 4:42-47), Augustine gathered some basic principles, meant to be applied and adapted by those who would choose to take them on as a way of living, be they families in their homes, nuns gathered in their convents, monks in their monasteries, or diocesan clergy.

The Rule gives us a glimpse not only of the foibles and peculiarities of colonial life during the decline and fall of the Roman empire but also of some basic Christian principles that can lead you and me to a better life today: “enough for all, always” (a concise way of defining the concept of sustainability).

The first essential principle Augustine emphasized is dignity, the innate worth of each person — the whole person — and every person. Augustine states clearly in the first chapter of the Rule: “Honor God in one another whose temples you have become.”

Discover God, honor God, in ourselves, in one another, aware that no one is worth more, no one worth less. Our worth does not depend on the color of our skin nor does it reside in our possessions, but rather in who we are: the image and likeness of our divine Creator.

Remember, Augustine is writing in the land of his birth, in northern Africa, and his audience was racially, socially and economically diverse. There were affluent landowners; those of a more humble, rural background, such as the indigenous Berbers (like Augustine’s mother, Monica); and those who aspired to upward mobility in the Roman empire (like Augustine’s own father, Patricius).

They were all invited to find God in themselves and one another, leaving no one out. No one was entitled to take sole ownership of what God had gifted to all people.

We might ask ourselves what respect for human dignity means today, when, for instance, the poor suffer most from wealthy countries’ carbon emissions. Can we become more like God — which means becoming more relational, more quick to share, just like the Trinity itself — without attending to the consequences of our patterns of consumption?

This relates to another significant principle of the Augustinian way of life, that of the common good: “The more you are concerned about the common good rather than your own,” Augustine writes, “the more progress you will know that you have made.”

Creation itself is our common good, not to be enjoyed fully simply by a few of us. As we consider where we get our energy and resources, we must consider the planet we are leaving to future generations. Augustine’s rule clearly invites us to an ecological attitude based on justice.

The Rule has much to say, too, about subsidiarity and solidarity, but I will stop here for now! Already we have much to pray about as we consider how ancient Catholic texts can encourage us to social action on behalf of a better world.

If you are curious about how these principles can be translated into real action for the common good, please take just a minute to write to our colleagues at EcoPhilly. They are creating a network of faithful Christians who are willing to do their part, be it large or small.

Remember that image of the Trinity and what Augustine teaches us about it: the more we relate, the more truly human we become — and the closer we can grow to God, through creating a world in which there is truly enough for all, always.

PREVIOUS: Priority of Sunday: Keeping the Sabbath, lifting up the priest

NEXT: Why CFGP is your best option for Catholic philanthropy