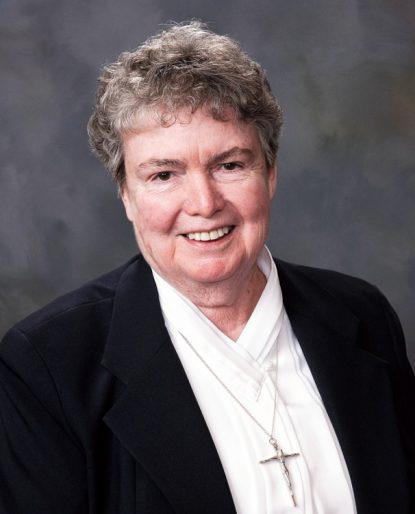 Sister M. Kathleen Theresa Maguire, I.H.M. died Aug. 17 in Camilla Hall, Malvern. She was 82 and in the 65th year of her religious life.

She was the daughter of John and Rose (Gillespie) Maguire. After her graduation from West Catholic High School in 1956, she entered the Sisters, Servants of the Immaculate Heart of Mary in 1957, receiving her habit and religious name, Sister Kathleen Immaculate.

She pronounced her first vows in 1959. She later graduated from Immaculata College.

In January 1995 Sister Kathleen transitioned from classroom teaching to serving as a pastoral minister at Incarnation Parish in Trenton, N.J.; St. Mary Manor in Lansdale; Suburban Hospital in Norristown; and St. David Parish in Willow Grove.

Sister Kathleen entered Camilla Hall in July 2018 where she continued her prayerful ministry until her death.

Sister Kathleen is predeceased by her parents, her sisters Gertrude Maguire (Connor), Roseanne Maguire (Guiliano), Sister Marie Maguire, I.H.M. (Sister John Immaculate) and her brother John Francis Maguire. She is survived by her I.H.M. community, her many nieces, nephews, grandnieces, and grandnephews.