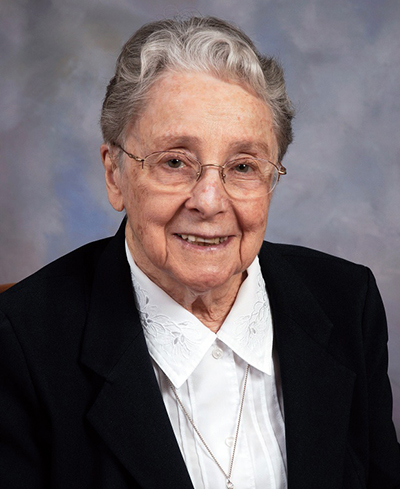 Sister M. Dolores Kraemer, I.H.M. died Aug. 9 in Camilla Hall, Malvern at age 90 and in the 72nd year of her religious life.

The daughter of Walter and Bertha (Campbell) Kraemer was raised in St. Matthew Parish in Philadelphia.

After graduating from St. Matthew School in 1945 and Nazareth Academy in 1949, she entered the Sisters, Servants of the Immaculate Heart of Mary. She received her habit and religious name, Sister Michael Dolores, in 1950 and pronounced her first vows in 1952.

Later, while in the community, she earned her degree from Immaculata College and further credits from Marywood College, Kutztown College and Fordham University.

Sister Dolores entered care in Camilla Hall in 2008 where she served in prayer ministry until her death.

She is survived by her brother Robert Kraemer, sister-in-law Marguerite, a niece, nephew and grandnieces. She was predeceased by her parents and her sister, Sister Barbara Kraemer C.S.F.N.

NEXT: Sister of St. Joseph dies at 97