Sister of St. Joseph dies at 97 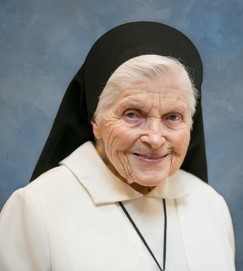 The daughter of the late William and Ann Malloy and sister of the late Sister Mary Ganly, S.S.J., she is survived by a cousin, Joanne Grasso as well as members of her congregation, the Sisters of St. Joseph.

In September 1943 she entered the Sisters of St. Joseph, Chestnut Hill, and professed her final vows in 1951.

Sister Therese ministered in the Dioceses Allentown, Clearwater and Trenton, and the Archdiocese of Philadelphia.