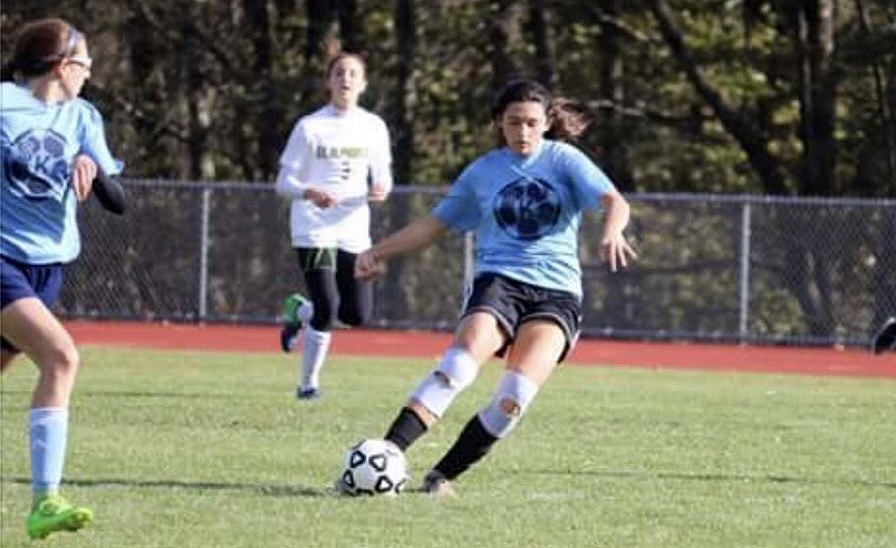 Gianna Grassifulli is as much a star on the soccer field as on the basketball court and the softball field. 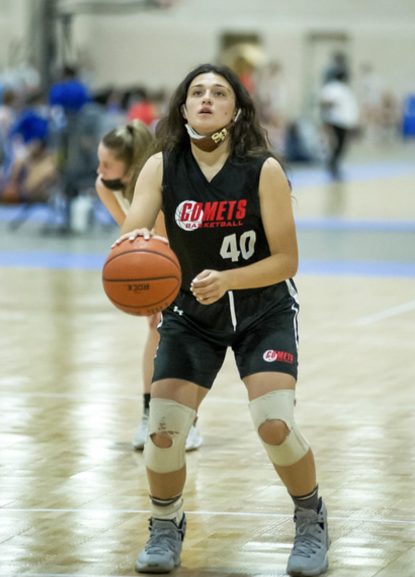 Gianna Grassifulli lines up a free throw for a game in her AAU summer basketball league.

By the time Gianna Grassifulli graduates high school, she will have accrued double digits in athletic varsity letters.

Four years of soccer as a forward and midfielder in the fall … four more of basketball as a guard in the winter … another four of softball as an infielder and pitcher in the spring.

And this summer? The St. Hubert High School senior and graduate of St. Katherine of Siena School in Northeast Philadelphia has been playing all three sports in one form or another.

She played hoops for an AAU club team as well as a St. Hubert’s summer league squad. She laced up her spikes to play softball for her hometown of Torresdale that just ended with a championship. She’s been training for high school soccer, which formally begins this week.

“I have definitely been blessed and do take advantage of it all,” said Grassifulli. “I think about it a lot and want to make the most out of it.”

In her “spare” time, Grassifulli helped coach youngsters at a summer league for basketball, mentored young softball players about the art of pitching, and worked as a lifeguard at a local YMCA.

So … how does she manage it all?

“Doing it your whole life, I think that helps a lot,” said Grassifulli, who transferred to St. Hubert from Archbishop Ryan after her sophomore year. “I did six sports when I was younger, so my body got used to it.

“You deal with the physical toll by being in shape, eating good, sleeping, and working out on your own. All of that helps.”

Recognized nationally as one of the state’s top soccer wing forwards and locally as one of Pennsylvania’s top 25 basketball seniors, Grassifulli’s holistic high school experience supports the notion that high school athletes should never be told – publically or privately – to forego a love of competitive sports because of a perceived notion of not being “dedicated enough” to excel in only one sport. 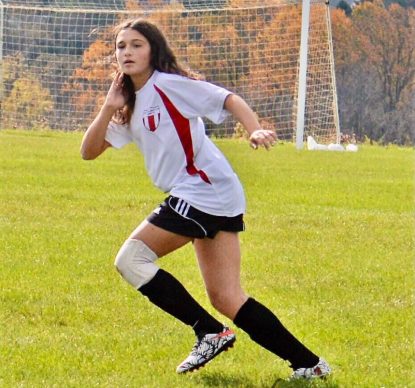 The camaraderie she has experienced year-round with various coaches and different players would not be possible if she had focused all of her energy on one venture.

“It is better for high school athletes to play more than one sport because they all help each other out,” said Grassifulli. “By playing more that one sport, I think it helps you get more in shape because you are always doing something and your whole body is strong rather than just certain muscles being strong playing one sport.”

Grassifulli recognizes that some might assume that juggling more than one sport means that all of them suffer in some form.

While she obviously can’t speak for others, in her case, it hasn’t happened.

“Gianna is one of the most committed athletes I’ve ever coached,” said St. Hubert softball coach Dan Milio. “She’s a three-sport athlete who never misses a workout or practice.” 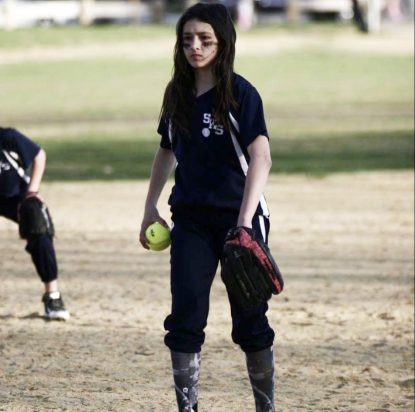 Gianna Grassifulli is a standout pitcher for St. Hubert’s and club softball teams.

This past year, Grassifulli was named All-Catholic in each of her three sports, highlighted by being honored as the Catholic League Blue Division Most Valuable Player in basketball.

She also represented Hubert softball in the prestigious Carpenter Cup.

The Bambies captured the Blue Division basketball title via an undefeated campaign, then finished fourth in softball.

Though excited about college, Grassifulli is no hurry to move onto the next level of education and athletics. She’s too busy “thoroughly enjoying” the transition from one activity to the next.

That said, Grassifulli hopes her athletic career ultimately will include more than simply joining club teams for periodic evening and afternoon fun.

“My goal is to play at a Division I level,” she said. “At the same time, I want to major in sports medicine and become an orthopedic surgeon, so they are both my goals in the end and are both important.”

Grassifulli is fully open to playing one sport or multiple sports in college.

“I think there are advantages of playing a specific sport in college because you can spend all your time perfecting that certain sport,” she said. “I do think about if I played just one sport how good I could be because I would always be focusing on that one sport.

“But at the same time, they all translate to each other in a way, so that helps. Depending on the level, I would play more than one sport in college if I had the opportunity.” 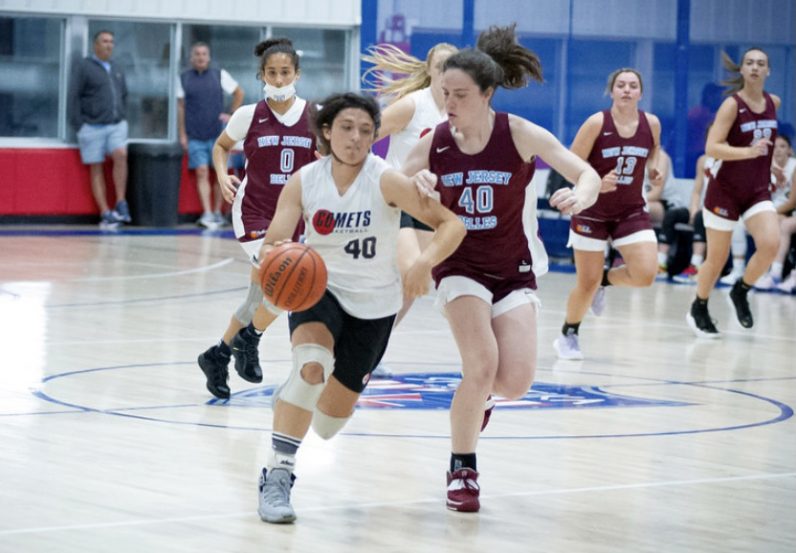