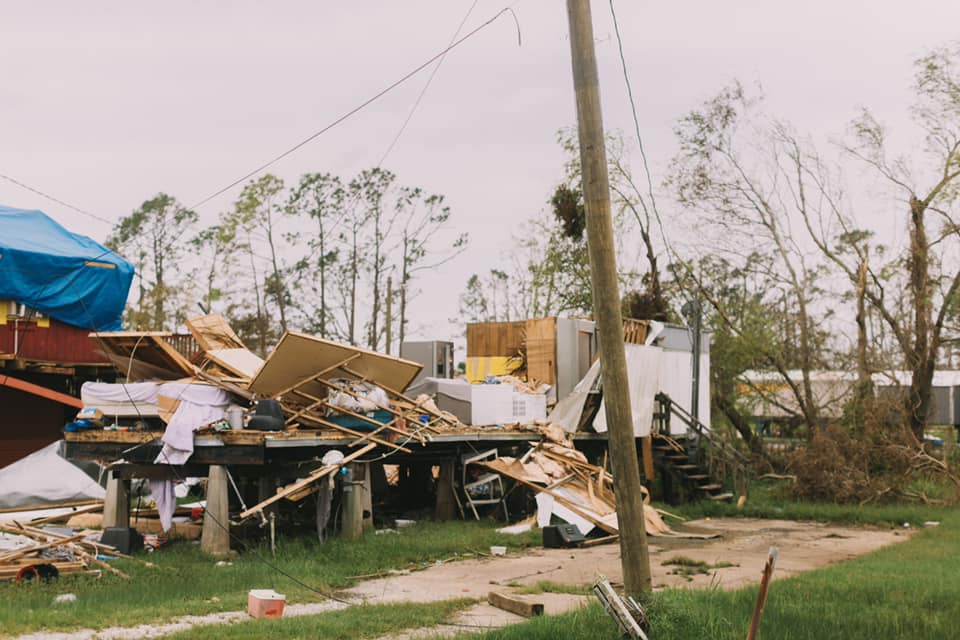 Catholic Social Services (CSS) and Nutritional Development Services (NDS) are organizing shipments of food and clothing to the Diocese of Houma-Thibodaux, located south of New Orleans and the heart of Louisiana’s wetlands.

The region’s 237,000 residents, 38% of whom are Catholic, are struggling to rebuild after Ida, a category 4 storm with sustained winds of 150 miles per hour, made landfall near Port Fourchon Aug. 29, the 16th anniversary of Hurricane Katrina.

Overall, Ida was responsible for more than 40 deaths (including five in the Philadelphia area) as it swept through the nation’s Northeast, spawning tornadoes in six states and widespread flooding. Damage caused by the storm is estimated at anywhere from $50 billion to $95 billion.

“This is an opportunity for us to help a fellow Catholic Charities agency in southern Louisiana that’s been devastated,” said CHS secretary James Amato. “We are proud that our local supporters are enabling us to provide resources such as emergency food and clothing to those most in need.”

Rather than shipping a locally collected food donation, NDS executive director Lizanne Hagedorn said her agency will forward some 5,000 pounds of food through “broadline food distributors,” suppliers capable of delivering a range of products – including dry goods, proteins and disposable items – through a robust logistical and warehousing network.

And with the power grid still offline in parts of the Houma-Thibodaux Diocese, a key part of the relief effort is making sure recipients get food supplies they can actually, said Hagedorn.

“They may not be able to make meals, even if they’re in their homes or at hotels,” she said. “It looks like a few of the parishes are doing hot meals, so they may need bulk food rather than retail-sized portions.”

While Hagedorn will work with national-level suppliers, CSS director of youth services Dr. James Black is packing up hundreds of unworn pants, shirts, fleeces, socks and sneakers from the now-closed St. Gabriel’s Hall, a longtime residential treatment facility operated by the archdiocese for adjudicated youth.

For years, the school maintained storerooms of clothing to ensure clients had appropriate attire.

“It kind of looks like a young men’s section of a department store,” admitted Black.

The items, which include pants by work wear manufacturer Dickies, are “quality stuff,” said Black – something that would have earned an approving nod from St. John Baptiste de La Salle, founder of the Christian Brothers congregation that long served St. Gabriel Hall.

“De La Salle instructed the brothers to treat all children as if they were the children of the King,” said Black. “So as part of the Lasallian tradition, you don’t skimp, and you don’t go on the cheap.”

Black admitted that he has a “sad privilege” as steward of St. Gabriel’s remaining inventory, but he’s consoled by the fact that the goods “are going to a useful home, to brothers and sisters in a different diocese who are in such need.”

Just as Ida cut a wide swath, so too does charity, said both Black and Hagedorn.

“How can we not help?” said Hagedorn. “They are our brothers and sisters.”

“We’re all God’s children; we just happen to be in different locations,” said Black. “We have to distribute God’s blessings wherever they’re most needed.”

NEXT: Watch AbbeyFest via livestream