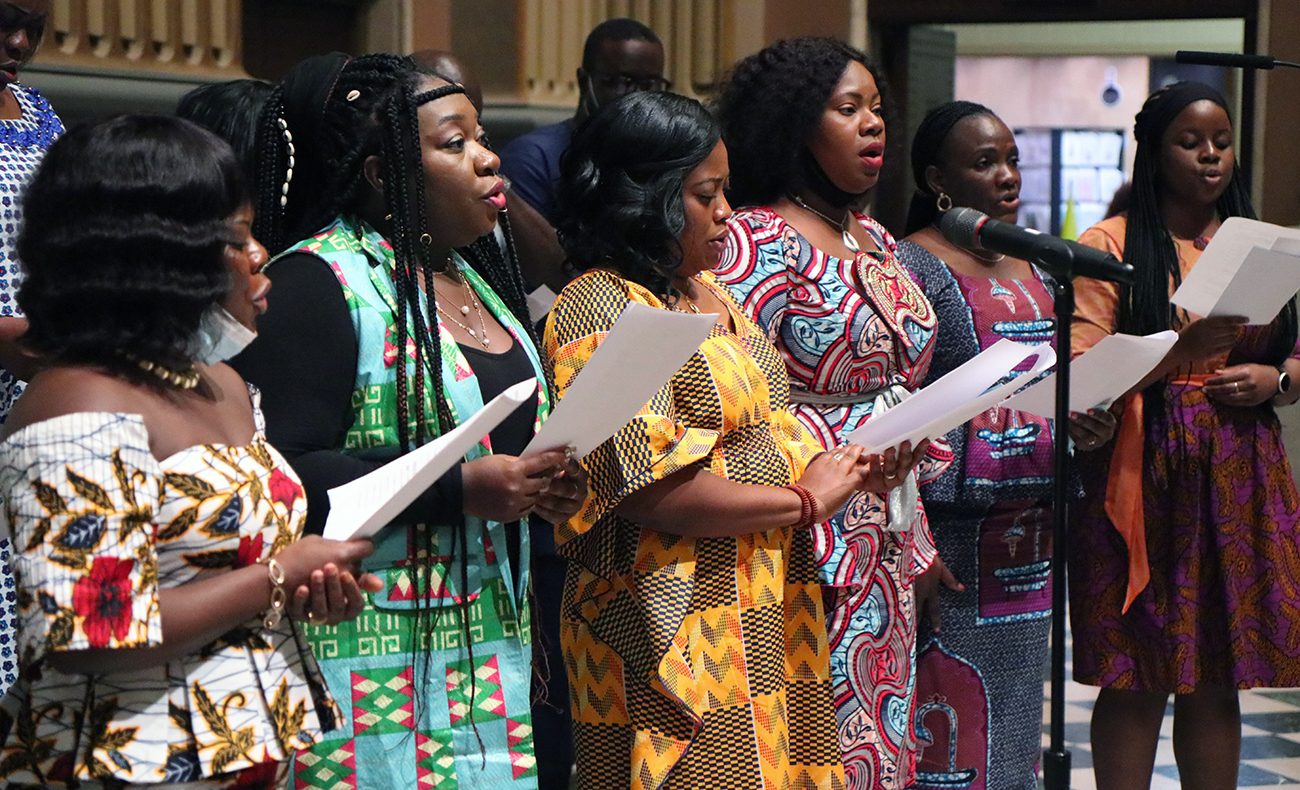 Local African Catholics gathered this past weekend to honor their diverse cultures — and their common faith.

Some 300 were on hand for the Oct. 10 African Family Heritage Mass at the Cathedral Basilica of SS. Peter and Paul. Sponsored by the archdiocesan Office for Cultural Ministries, the liturgy marked an “historic” occasion, said celebrant and homilist Archbishop Nelson Pérez.

(See a photo gallery of scenes from the Mass.)

“This is the first time we have gathered here as cultural families from many different African countries to celebrate our Catholic faith,” said the archbishop.

The liturgy featured Scripture, prayers and hymns in Igbo, Bissa, Twi, Lari, Susu, Acholi, Trinya, Kinyarwanda — a sampling of the estimated 2,000 languages spoken on the African continent — as well as French and English. 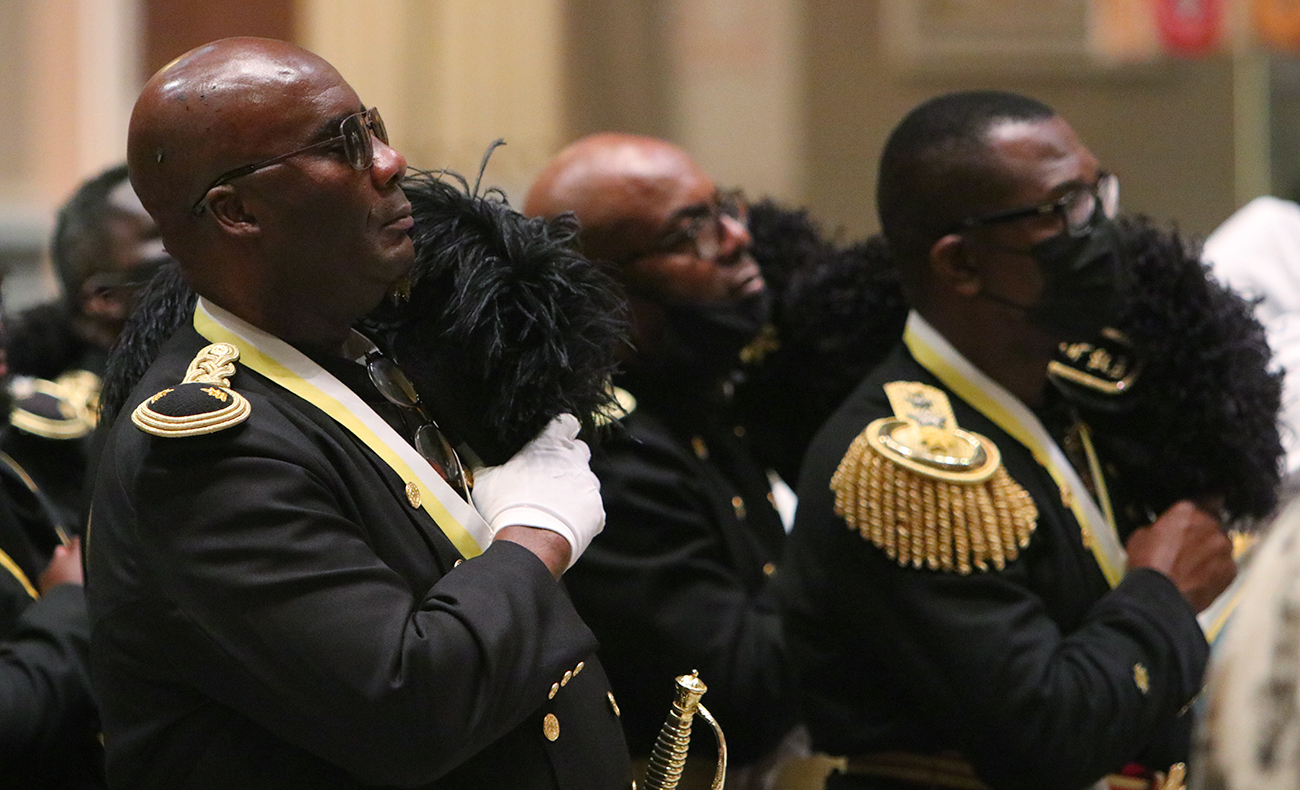 Knights of St. John formed an honor guard at an African Families Heritage Mass celebrated by Archbishop Nelson Pérez at the Cathedral Basilica of SS. Peter and Paul. (Sarah Webb)

The rich pageantry showed “something beautiful about the Catholic Church” that “sometimes we take for granted,” said the archbishop – namely, that the church “is made up of many different people, many different cultures, many different languages, but one faith.”

In his homily, the archbishop stressed the “powerful relationship between culture and faith,” one in which “faith is carried through culture, and culture then gives expression to our faith.”

Amid an array of languages and customs, “one faith in Christ … (rooted) in the Eucharist … is expressed in different ways,” making the church “truly universal,” said Archbishop Pérez.

Demographically, the African continent is poised to become Christianity’s new center of gravity. According to the Pew Research Center, more than four in 10 Christians will be in sub-Saharan Africa by 2060.

Archbishop Pérez acknowledged that some at the Oct. 10 Mass had come to the U.S. not only to seek “a better world, a better life” for themselves and their children, but “to escape harm.”

Currently, more than 32 million Africans are experiencing forced displacement due to conflict and natural disasters, continuing what the United Nations describes as “a steady upward trend seen since 2011.”

Noting his own parents had fled communist Cuba in the 1960s, the archbishop said those present at the Oct. 10 Mass had faced difficult periods in adjusting to life in a new country – yet their faith had remained a source of continuity and strength.

“This is a different moment, because in this moment, while we celebrate difference, we also celebrate what (unites) us,” he said. “And ultimately, it’s our faith in Jesus Christ, his word and his presence in the Eucharist.”

“This eucharistic celebration brings us together to share our faith, to thank God for what (he) has done for us,” said Missionary Sister of the Holy Rosary Florence Enechukwu, archdiocesan coordinator for pastoral care of African Catholics.

For attendees Gertrude Bynbickou and Victoria Scott, the Mass was a joyous reunion.

“We’re seeing a lot of faces we didn’t see for a long time,” said Bynbickou, who emigrated from Congo and now belongs to Maternity B.V.M. Parish in Northeast Philadelphia.

“We are called to be one,” said Sister Florence. “It is always a joy to be together and to celebrate.” 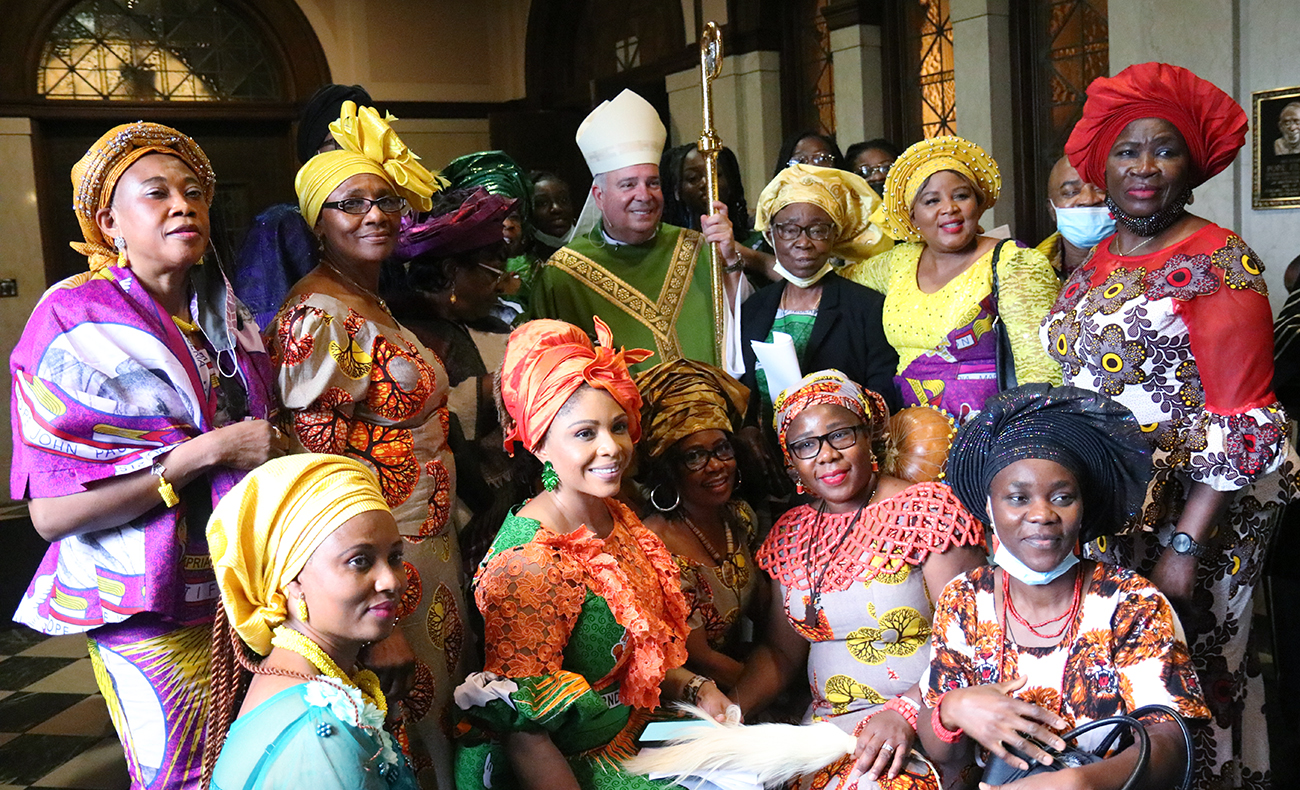