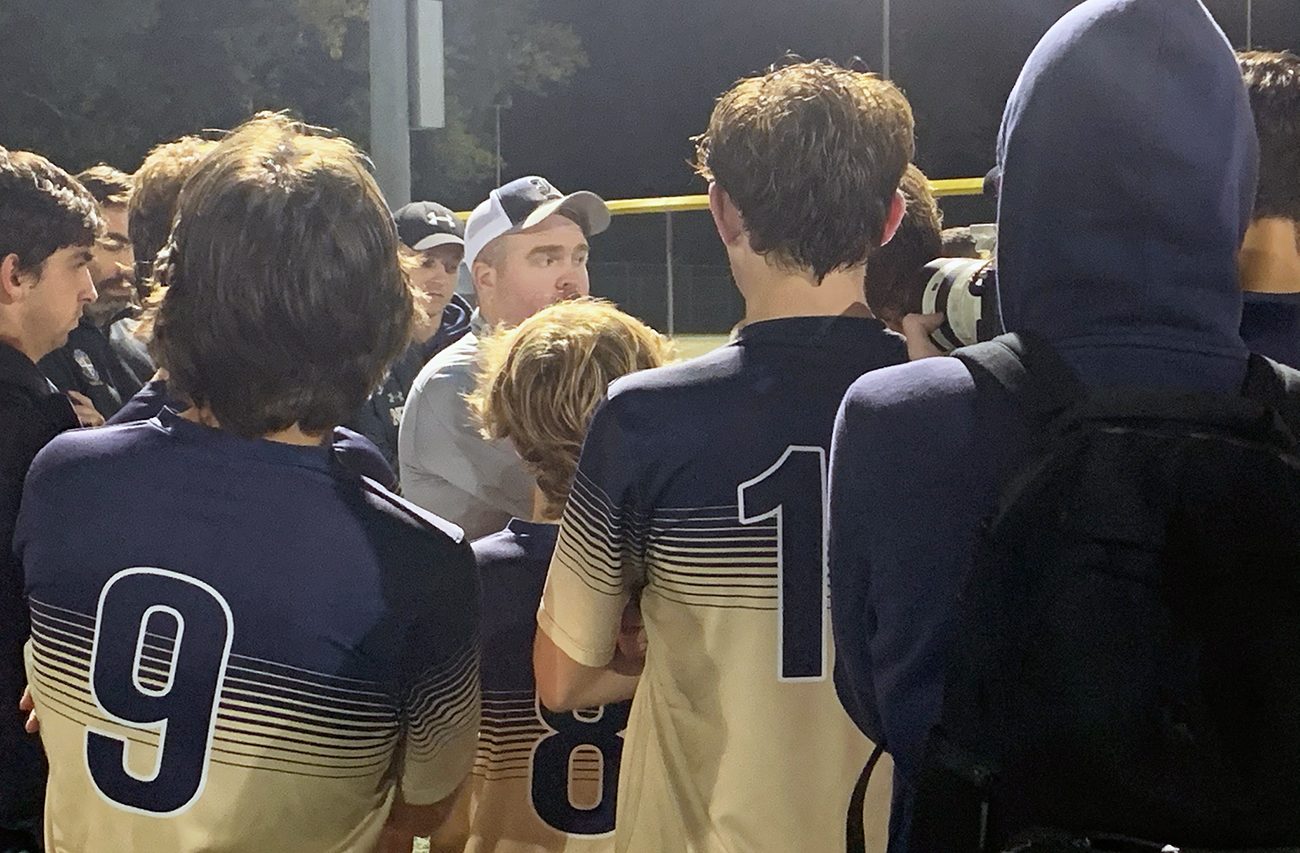 As the boys’ soccer season thrilled fans with a bevy of overtimes and numerous one-goal victories, uncommon parity suggested that there were several teams with a legitimate chance of winning the Philadelphia Catholic League championship.

When the quarterfinals and semifinals offered four of six games decided by one goal, that theme continued.

Thus explains the anticipation for Saturday night’s (Oct. 30) PCL title match between top-seed La Salle and three-seed Father Judge at Northeast Philadelphia’s Ramp Playground. Both finalists were stretched to the limit before stamping their tickets in a doubleheader Wednesday night at Ramp.

“Catholic League soccer is great,” said La Salle junior Seth Michalak. “The regular season prepares us for the pressures of the playoffs. There are so many good teams, and most of the games are tough. No matter if it’s a last-place team or a first-place team, anyone can beat anyone on any given day.”

Michalak played a major role in La Salle’s 2-1 semifinal overtime over five-seed Roman Catholic. As he prepared to launch a free kick from the 18-yard line, Michalak’s teammates positioned themselves near the Roman Catholic cage.

As the ball descended, La Salle senior Tim Madden leaped high and headed a re-direction into the net, setting off a wild celebration.

“We kind of just crashed the box,” said Michalak, a first-team All-Catholic. “We played a great ball in and Tim just came in and did his job and finished the ball. That’s all you can ask for.”

The Explorers, who have won the past two PCL titles, five of the past nine, and 10 altogether, face a Father Judge squad that edged Lansdale Catholic, 1-0, on sophomore Abou Cherif’s tally with 15 minutes remaining in regulation.

The loss by Lansdale Catholic ended a fantastic run. During a late-season surge, the seven-seed Crusaders were the only PCL team to defeat La Salle, 3-0. They then startled two-seed Archbishop Wood, 3-2 in overtime, in the quarterfinals. Thought out of the PCL race, the Crusaders will represent the league in the PIAA Class 2A district final.

“Lansdale Catholic has been playing well at the end of the season, so we knew we would have our hands full tonight,” said Father Judge coach John Dunlop. “For us, it was a great team effort. We were much more balanced at both ends of the field tonight.”

The boys’ final will follow the girl’ championship, scheduled for 5 p.m. at the same location. Top seeds Archbishop Ryan and Archbishop Wood finished with an identical 7-0-1 record, their tie occurring on Sept. 25 when the two juggernauts battled to a 1-1 double-overtime stalemate.