More than a rivalry, girls just happy to play again 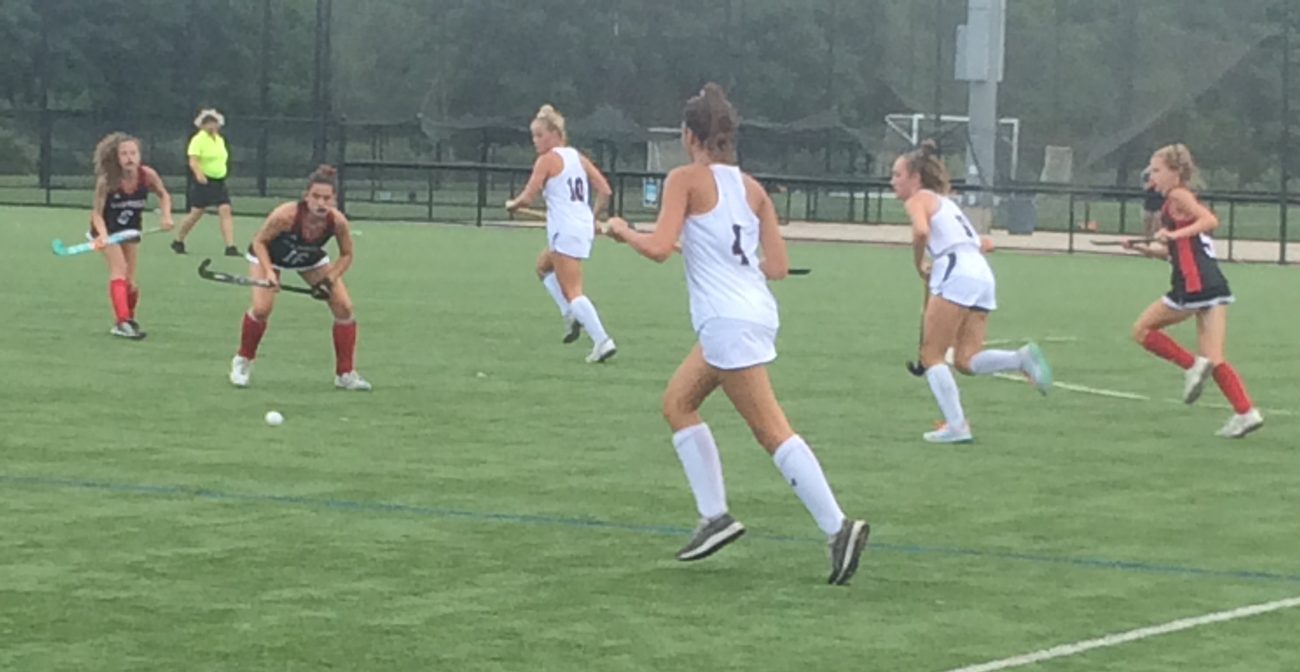 It was the scene of an age-old rivalry in Philadelphia Catholic League (PCL) field hockey action when the Archbishop Carroll Patriots hosted the Cardinal O’Hara Lions Sept. 22 at the Proving Grounds in Conshohocken.

O’Hara and Carroll have faced each other countless times in the PCL title game. Both teams went into this match knowing that it would be a repeat of 2019 championship, the last time the two teams met.

O’Hara emerged victorious in that crucial game and the Patriots managed to get revenge this time around as they edged the Lions by the narrowest of margins, 2-1.

“There was definitely a lot of stress going into the game knowing that they are our biggest rival,” said Carroll goalkeeper Reilly McMenamin. “I was really happy with the outcome.”

More important than the outcome was being back on the field playing in person again after 18 months of a pandemic. The 2020 season was shut down due to COVID even though Carroll made history with its first appearance in the state finals, the first PCL and District 12 team ever to do so. Therefore, seeing a sense of normalcy made the day all the more special.

“We’re so happy we’re back competing,” said O’Hara head coach Jenna Spaeder. “It’s exciting. My seniors are ready to go. I have a lot of them. We’re hoping to keep it going.”

The Lions were off to a solid start. Tri-captain Mia Scarduzio registered the first goal of the afternoon off an assist by Kerryn Eife for a 1-0 halftime surplus.

The score did not change for a while. Sienna Golden tied it up when she found the net with 1:49 remaining in the third quarter. Courtland Schumacher provided the assist. Teammate Shannon Wood scored with Golden assisting in the last three minutes of action to call it a match.

“It was an awesome win,” said co-captain Grace O’Neill. “We were so excited just being able to play really well together.”

McMenamin led the way for Carroll’s defense with a total of nine saves.

“Our defense kept strong, did really well,” said McMenamin. “On the corners, we really kept our momentum.”

“We’re just taking it one game at a time,” said Spaeder. “We’re learning from each game that we’ve had. We’re just going to keep going up from here.”