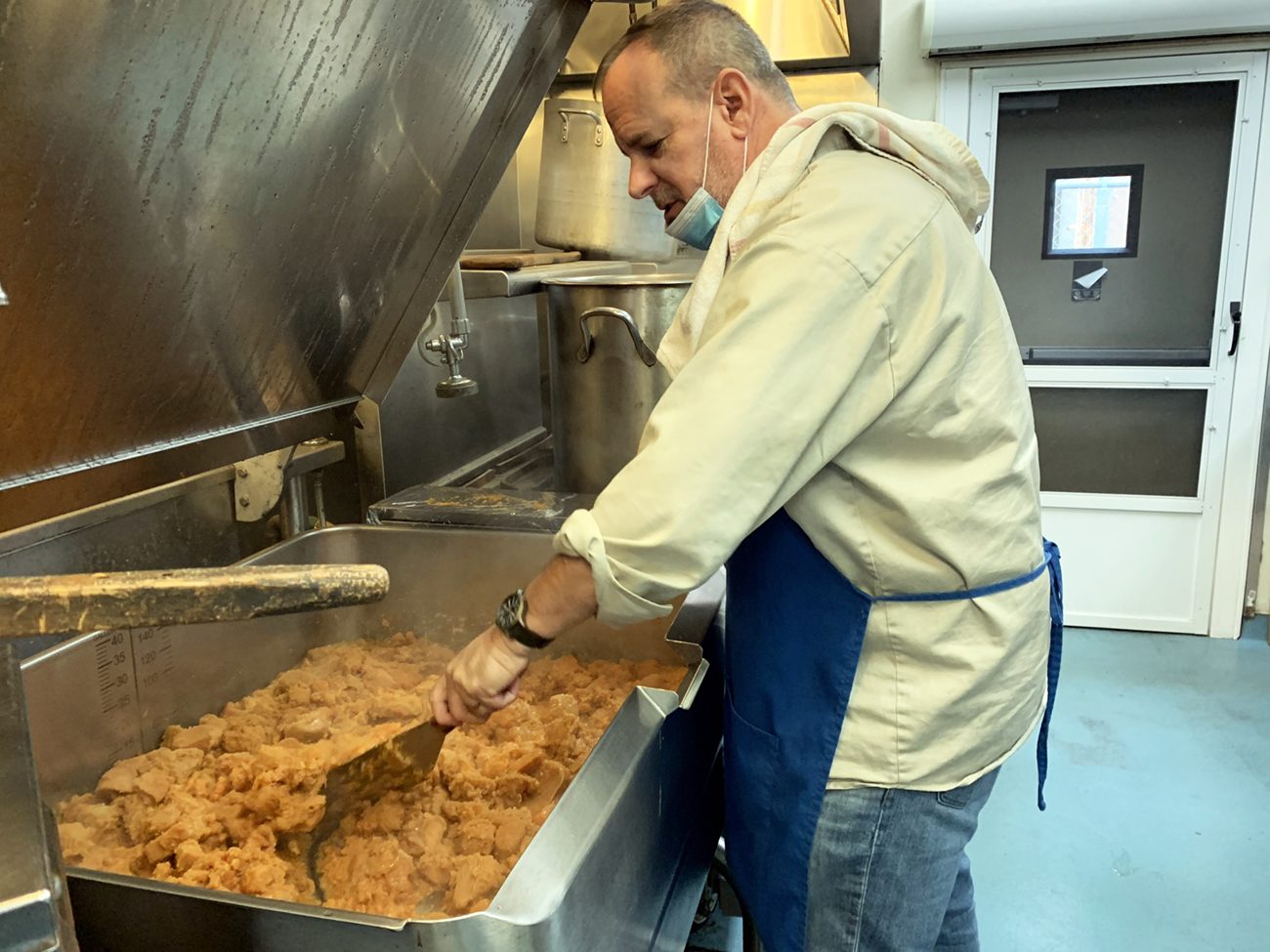 Faithful throughout the Philadelphia Archdiocese rolled up their sleeves to serve Thanksgiving holiday meals to hundreds struggling with food insecurity – and the menu’s main dish was hope.

“Especially this year, after all that families have been through, we want to make their table a little bit fuller,” said Oblate Father Steven Wetzel, chaplain of the Michael the Archangel Ministry at the Fraternal Order of Police (FOP) Lodge #5 in Philadelphia.

“People are still struggling,” he said. “Look at gas prices, look at food prices. It’s outrageous. So we’re trying to help families and single people make ends meet and have a better Thanksgiving.”

In the city’s Kensington section, staff and volunteers at St. Francis Inn — a hospitality outreach to the area’s marginalized population — said the 125 to 200 clients they anticipated for their Thanksgiving Day meal were increasingly destitute, even as property values are soaring in the rapidly gentrifying neighborhood.

Prior to the pandemic, the ministry attracted “a mix of people, some of whom were homeless and some of whom were just low-income,” said Franciscan Father Stephen DeWitt. “Now we’re seeing a greater percentage of people who are … truly homeless,” largely due to “opioid use and other mental health issues.” 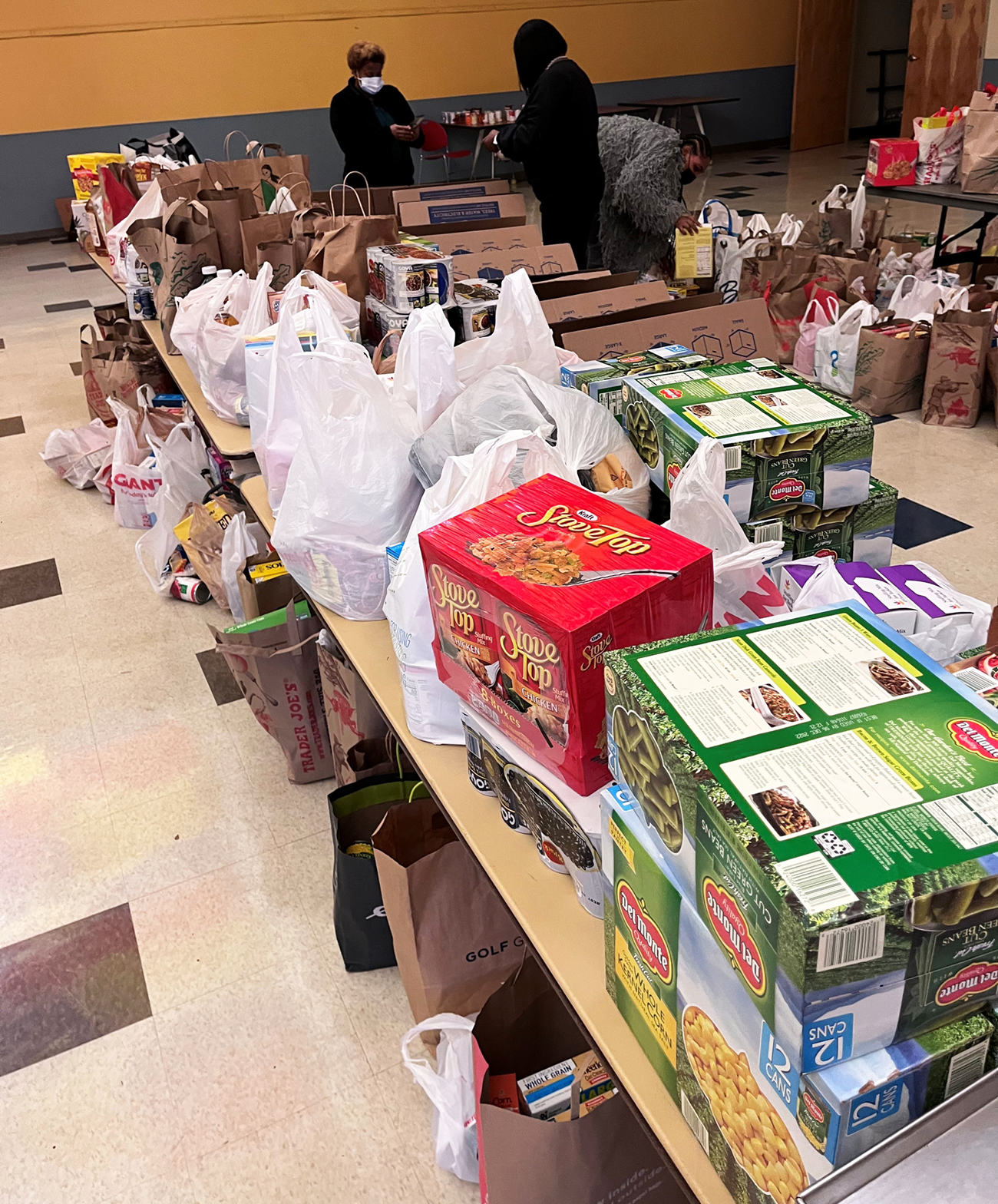 “There are people right around us who really need help for a variety of different reasons,” said permanent Deacon Gary Schoenenberger of Our Lady of the Sacred Heart Parish in Hilltown.

He, his wife Pat and “a squad of volunteers” operate a parish pantry that supplied Thanksgiving dinner boxes to 34 families this year — and demand for the pantry’s aid has grown, with many of the referrals coming directly from the rectory, he said.

“I firmly believe Jesus sends us people,” said Deacon Schoenenberger. “And if not for the grace of God, any of us could be in the same situation.”

“There is need out there – trust me, there is plenty of need,” said Jean Burke of St. Cornelius Parish in Chadds Ford.

Now in its 10th year, the parish initiative actually grew out of a 45-year family tradition – one Burke and her husband instituted as young parents to instill awareness and compassion in their children.

Burke said she once “went absolutely crazy” when one of her sons, disappointed that his parents refused to buy him a computer, snapped that the family was “poor.”

“We decided at that time we would take him to places where he could see how people in real poverty live,” she said.

She and her husband began by scouring newspapers for stories of families beset by tragedy or illness, and then personally delivering laundry baskets filled with food.

One address on an affluent street in Delaware County particularly surprised – and haunted – the Burkes.

“It was between two houses, a detached garage in which a little old lady lived,” said Burke. “It had a dirt floor. She was raising her two grandchildren there, since her daughter was in jail for drugs. She didn’t even have an oven.”

As the outreach expanded, the Burkes decided to “shift it to the parish,” and now dozens of St. Cornelius members collect food for the effort.

“We could not do this without the parish,” Burke said. “We have a very thoughtful, caring, loving family at our church.”

That same teamwork inspired a take-out Thanksgiving dinner at Nativity of Our Lord Parish in Warminster, which saw 345 hot meals for 90 families distributed. The dinners included greeting cards made by parish children as well as a letter and prayer from pastor Father Joseph Watson.

“It was truly a whole parish endeavor,” said parishioner Cathy Fry, one of the effort’s organizers.

Fry added she hoped the event would eventually return to its original in-person format next year.

“There is nothing better than sitting around a table with friends and family,” she said.

Until then, said Franciscan Brother Fred Dilger, the task is to channel the love of Christ here and now.

“The whole gift of our ministry at St. Francis Inn is that it’s a ministry not just of presents, but of present,” he said while stirring a large vat of sweet potatoes. “We have no yesterday here, we have no tomorrow. We just have today. So we get up, and our whole focus is just on the moment, on serving our guests food this day.” 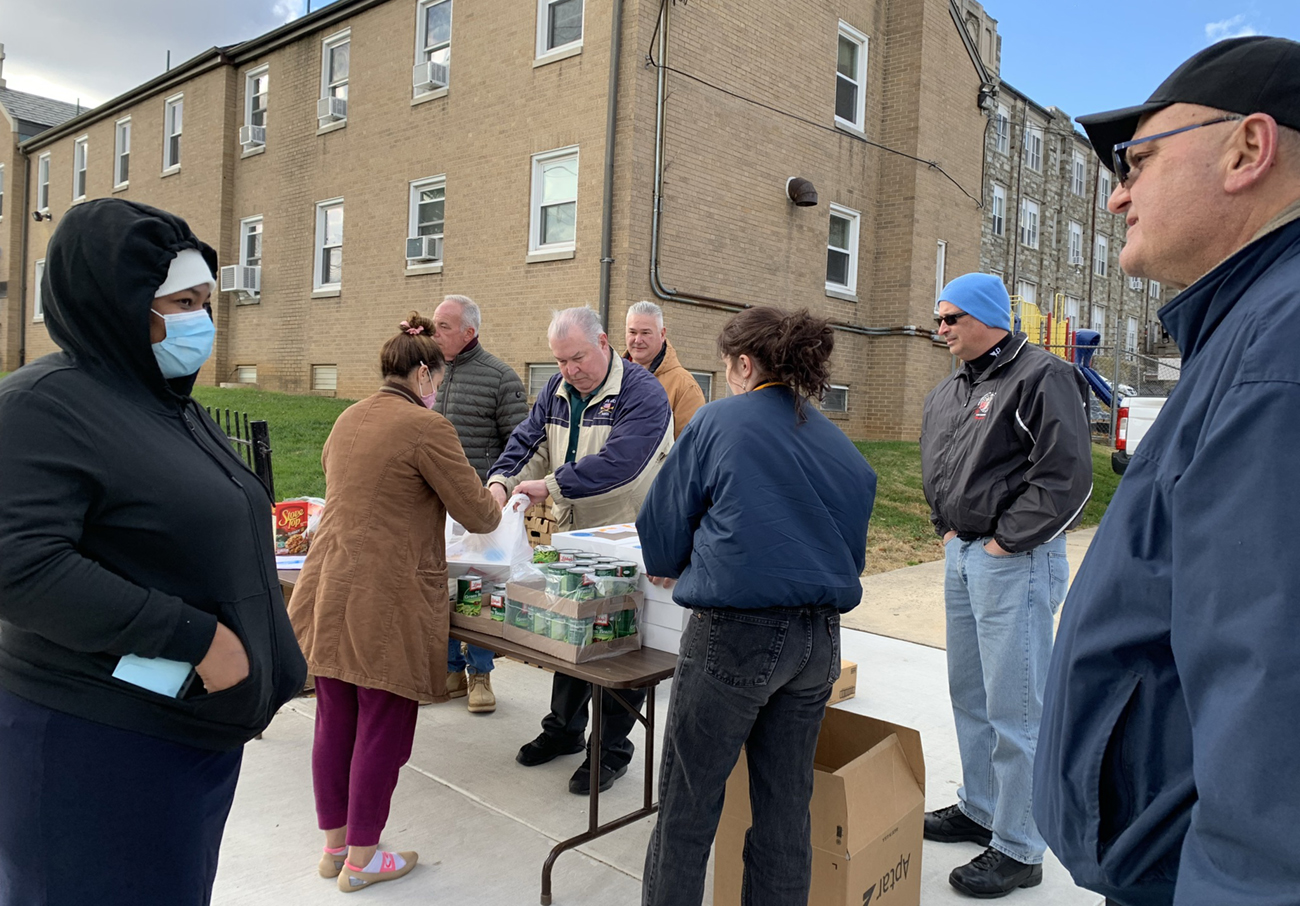 Oblate Father Steven Wetzel (right) and members of his Michael the Archangel Ministry at the Fraternal Order of Police Lodge #5 distributed dozens of Thanksgiving meals to veterans Nov. 22 and (see above) to clients of archdiocesan Catholic Social Services, Nov. 23. (Gina Christian)

PREVIOUS: During holidays, lean on God more than ever for addiction recovery, say local experts