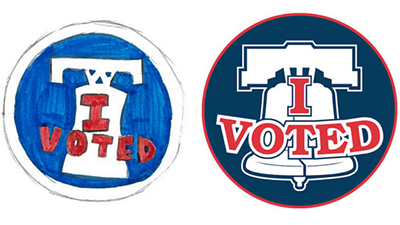 Elodie Breslin, a student of Our Mother Of Consolation School, Philadelphia, placed third in a city-sponsored content to redesign the stickers that voters receive at the polls on Election Day. At left is her draft design, and at right is the final digitized version.

Elodie Breslin, a student of Our Mother of Consolation School in Philadelphia’s Chestnut Hill section, placed third in a contest to redesign the “I Voted” stickers that voters in the city receive at the polls on Election Day.

Sponsored by the Philadelphia City Commissioners and the School District of Philadelphia, the contest was open to all city residents and students of any school in the city.

Of more than 150 entries, the designs of nine finalists were chosen, ranging from professional graphic designers to elementary school students such as Breslin.

The winning design was by Katie Fish of Temple University’s Tyler School of Art with 18% of the online votes; Christian Belluso, an adult, with 14%; and Breslin, who finished third with 13% of the votes. 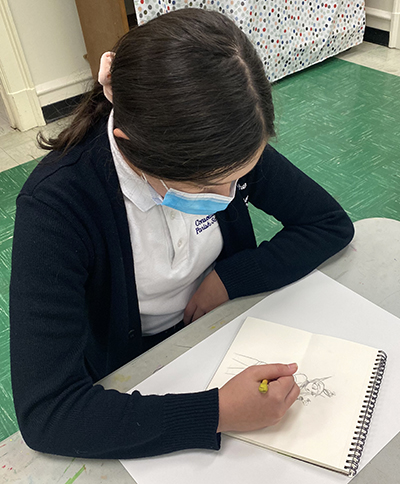 Elodie Breslin draws for enjoyment in a classroom of her school, Our Mother of Consolation in Chestnut Hill.