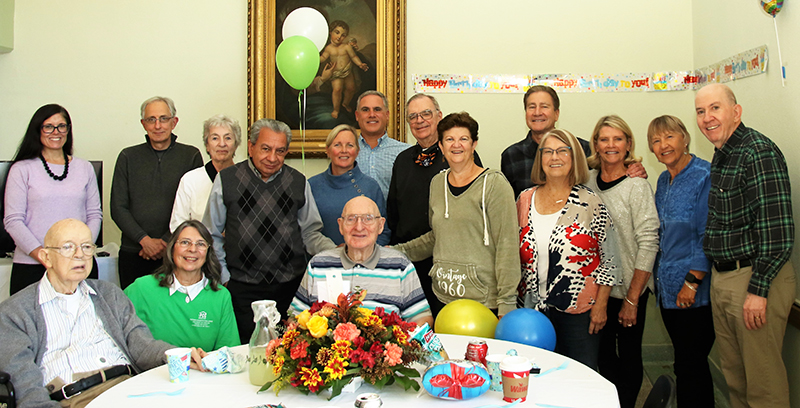 Volunteers with Father Chuck’s Challenge (FCC) gathered recently to surprise Msgr. Francis X. Schmidt, the archdiocesan priest and longtime leader of the overseas aid organization, for his 90th birthday with a party at Villa St. Joseph in Darby.

There were many emotional moments and a lot of catching up to do among the friends who had not gathered since the outbreak of COVID.

Father Charles Kennedy, who has taken the baton from Msgr. Schmidt to spread the story of Father Chuck’s Challenge across the Philadelphia archdiocesan parishes, led a prayer before the meal.

Over lunch, Msgr. Schmidt expressed his gratitude for the party and for the continued efforts and success of the volunteers. He pointed out that since founding FCC in 2007 and handing over the leadership in 2014, the current leadership team has now run the organization longer than he had.

Bishop Robert Maginnis, who shares residency at Villa St. Joseph with Msgr. Schmidt and has been his close friend since the early days of their priesthood, told a story of how over the years Msgr. Schmidt would come to him expressing need for help on CYO initiatives. Bishop Maginnis got a good laugh out of the crowd as he recalled telling the younger priest, “Well, I hope you find some help.”

During the party, the group took a video tour of the communities in Nicaragua that have been completed over the past few years. The American Nicaragua Foundation (ANF) produced the video for Father Chuck’s Challenge since the team members have been unable to make their planned annual trips to see the completed communities FCC donors had funded.

Despite the challenges from the pandemic, the needs of families in Nicaragua and Haiti continued to be addressed and new communities were built.

FCC orchestrated an emergency appeal to get basic food staples like rice, beans, peanut butter and canned goods to their communities in Haiti. The organization’s generous donors continued stepping up to meet the needs of the poverty stricken and showed their greatest outpouring of financial support over the past year.

FCC was able to take on a new project in Haiti and also in Nicaragua thanks to this ongoing generosity. Anthony Celentano, the chairman of FCC, said the most impactful part of the video tour was seeing the joy-filled faces of the families celebrating their new homes and thanking FCC’s donors. 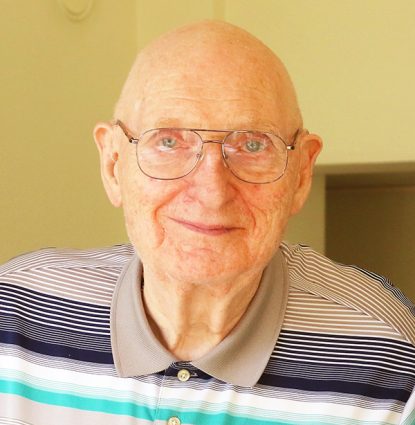 The volunteers reflected on Msgr. Schmidt’s legacy. He had a vision of raising funds to build one home in Nicaragua in memory of the late Father Chuck Pfeffer, an archdiocesan priest like himself as well as a director of archdiocesan youth ministry who died in 2004.

His namesake organization was founded in 2007, and now 14 years later and more than $7 million raised, FCC has drastically improved the lives of almost 10,000 people in Nicaragua and Haiti by providing new homes, food projects, water wells and latrines.

Msgr. Schmidt’s tireless efforts to raise funds and recruit volunteers has yielded abundant fruit for so many in need and created a loving bond across FCC’s volunteers who connect through this cause. He inspires all who encounter his love of serving the poorest of the poor.

Msgr. Schmidt is quick to point out that everyone has God to thank for the great graces bestowed upon Father Chuck’s Challenge and how it has grown by the power the Holy Spirit working through everyone as one church in Christ our Lord.