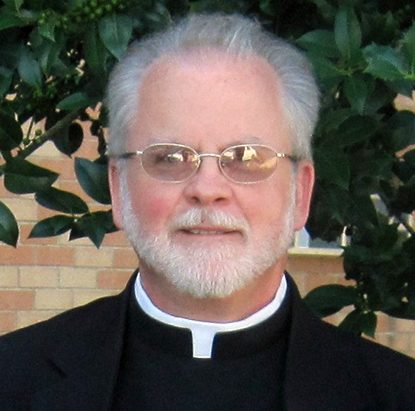 It started at St. Charles Borromeo Seminary in the 1970s with a brown, ceramic owl destined for the trash.

Then-seminarian Tim Judge (now Father Tim Judge) saved the ceramic owl from the trash, and gave it as a gift to his seminarian classmate, Alexander Masluk. Judge thought an owl was an appropriate gift for Masluk, since “Al,” a shortened version of Masluk’s first name, sounded like the word “owl.”

This ceramic owl became the first member of an eventual owl collection of now-Father Masluk, which years later grew to include more than 120 owls depicted in statues, paintings and prints.

Yet it was a small pewter owl acquired 20 years ago that inspired a series of children’s books authored by Father Masluk featuring an owl named Isaiah, also known by his nickname of “Izzy.”

Father Masluk added the pewter owl to a pewter nativity set his parents had purchased for him when he was a recently ordained priest. He thought the pewter owl “was perfect for the nativity set. So, I stuck him in there, where he’s been there ever since. And I kept thinking, there’s a story here. Well, during the pandemic, I started to think it through. Why’s he there? How did he get there?” 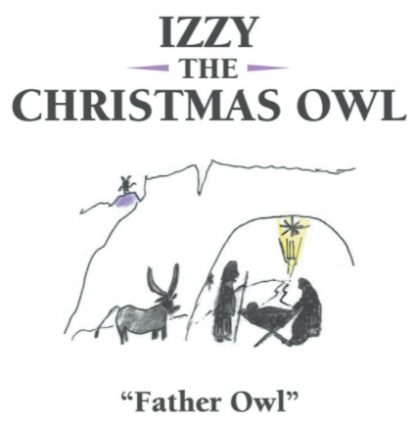 The cover of Father Alexander Masluk’s book, “Izzy the Christmas Owl, written and illustrated by the priest under the pen name Father Owl.

These wonderings grew into Father Masluk’s first children’s book, “Izzy the Christmas Owl,” which was published in the summer of 2020 and is available on Amazon.

Using the pen name “Father Owl,” Father Masluk both wrote and illustrated the story, which talks about a young owlet’s participation in the Nativity story with the Holy Family of Jesus, Mary and Joseph.

In the story, Izzy the owl desires wisdom, and he attends owl school and learns many useful things, but it is his encounter with the Holy Family that teaches Izzy the most powerful lesson.

“This owl learned so much, and it talks about how he evangelizes the prophecies of Isaiah [the Old Testament prophet], and how they’re fulfilled in Jesus. Without preaching, I’m preaching,” said Father Masluk.

“I always loved telling stories, and I love teaching kids, and it all just came together, and it gave me something to do during the pandemic,” he said. “And it continued after I retired.”

Father Masluk retired as pastor of St. Martha Parish in Northeast Philadelphia in July 2020, after serving parishioners there for 18 years. Since his retirement, and in residence at Immaculate Conception Parish in Jenkintown, he published earlier this year a second children’s book, “Izzy and the Lost Boy.”

In this story Izzy meets the Child Jesus when Jesus was separated from Mary and Joseph for three days in Jerusalem.

Father Masluk plans to publish next year a third and final book about Izzy the owl, who meets the adult Jesus. He hopes eventually to turn the Izzy book series into an animated cartoon series.

The priest also has an adult book near publication called “God Talk: Theology for the Rest of Us,” and his fellow priest at St. Martha Parish, Msgr. Andrew Golias, is writing the book’s foreword.

Father Masluk said he wants to “make our theology teachings accessible,” and the book includes fun stories and illustrations. “It’s like Jesus taught: Make it more interesting so that people learn more about their faith,” he said.

Last July, The Priest magazine published an article written by Father Masluk titled, “The Beautiful Hands of a Priest,” which discusses the many occasions priests use their hands to be the hands of Jesus himself, such as in administering the sacraments.

Writing in retirement “has been a different way of evangelizing,” Father Masluk said. “It’s been life giving actually.”

He has also found Facebook to be “a wonderful outreach tool” and during the pandemic, he created his own Facebook page called “Father Al’s ‘Fragments,’” to which he posts daily.  “People enjoy my stories and antics,” he said.

“You have to have a shtick when you’re teaching,” he Masluk said. “Jesus always had a shtick. Jesus had parables and images. He was the best teacher. I think the more we teach like him, the more we’ll get through.”

Father Masluk posts short daily reflections in the morning, and has a 3 p.m. ET live video on Mondays, Wednesdays and Thursdays where he teaches longer, more in-depth lessons.

Father Masluk fits the role of the kindly Santa Claus.“Between the Facebook page and the books, it’s a different way of spreading the Gospel,” he said. “I didn’t have time to do this when I was a pastor because, God knows, pastors are busy people.”

Of retirement, the priest advises, “the worst thing to do is nothing.”

So in addition to publishing his writings and his Facebook videos, he continues to each Latin to eighth-grade students at St. Martha School.

For his fellow retirees, Masluk recommends “having some sort of structure you can control or change,” he said. “You have the freedom to be spontaneous. You just can’t wake up and say, ‘Now what?’”

Later this week Father Masluk will visit the preschool at Immaculate Conception Parish where he’ll be reading “Izzy the Christmas Owl” to the young students there.

He enjoys time spent with young children, particularly his nieces, nephews, great-nieces and great-nephews, saying, “It keeps me young.”

To purchase Father Masluk’s children’s books, contact him at Immaculate Conception Parish in Jenkintown at 215-884-4022, through his Facebook page, or by emailing him at amasluk@aol.com. He will sign books upon request. 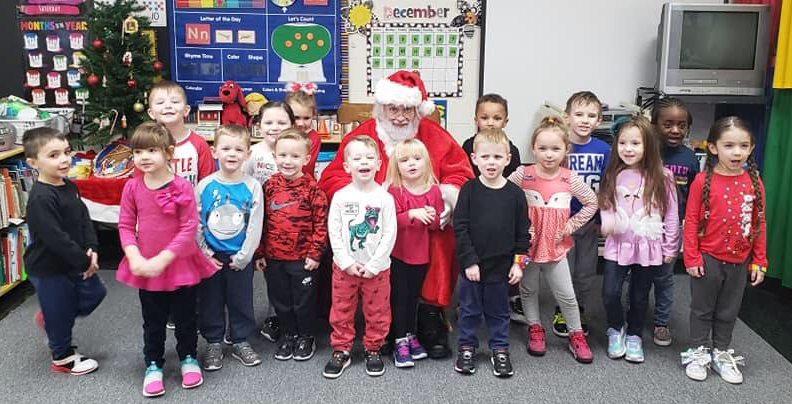 Father Masluk, as Santa Claus, spends time in this file photo with children at St. Martha Parish in Philadelphia, where he was pastor for 18 years.

PREVIOUS: Catholic ministries, schools ‘meet kids where they are’ amid mental health crisis