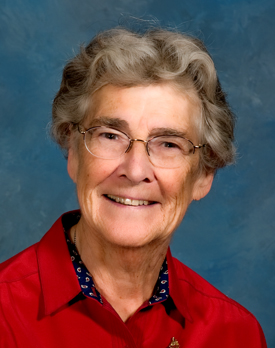 The daughter of the late Eugene Joseph and Ann (Clarkin) Ronan, she attended Ascension Grade School and Cathedral High School, both in New York City.

In September 1944 she entered the Sisters of St, Joseph, Chestnut Hill, and professed her final vows in 1952.

Sister Ann ministered in the archdioceses of Philadelphia and Washington and the dioceses of Allentown, Harrisburg, Raleigh and Trenton.

Sister of the late Eugene, John and Jean Ronan Gomes, she is survived by cousin Edward Squire; nephew Andrew Squire and many friends from her mission assignments. She is also survived by members of her congregation, the Sisters of St. Joseph.

The funeral Mass was celebrated Dec. 7.