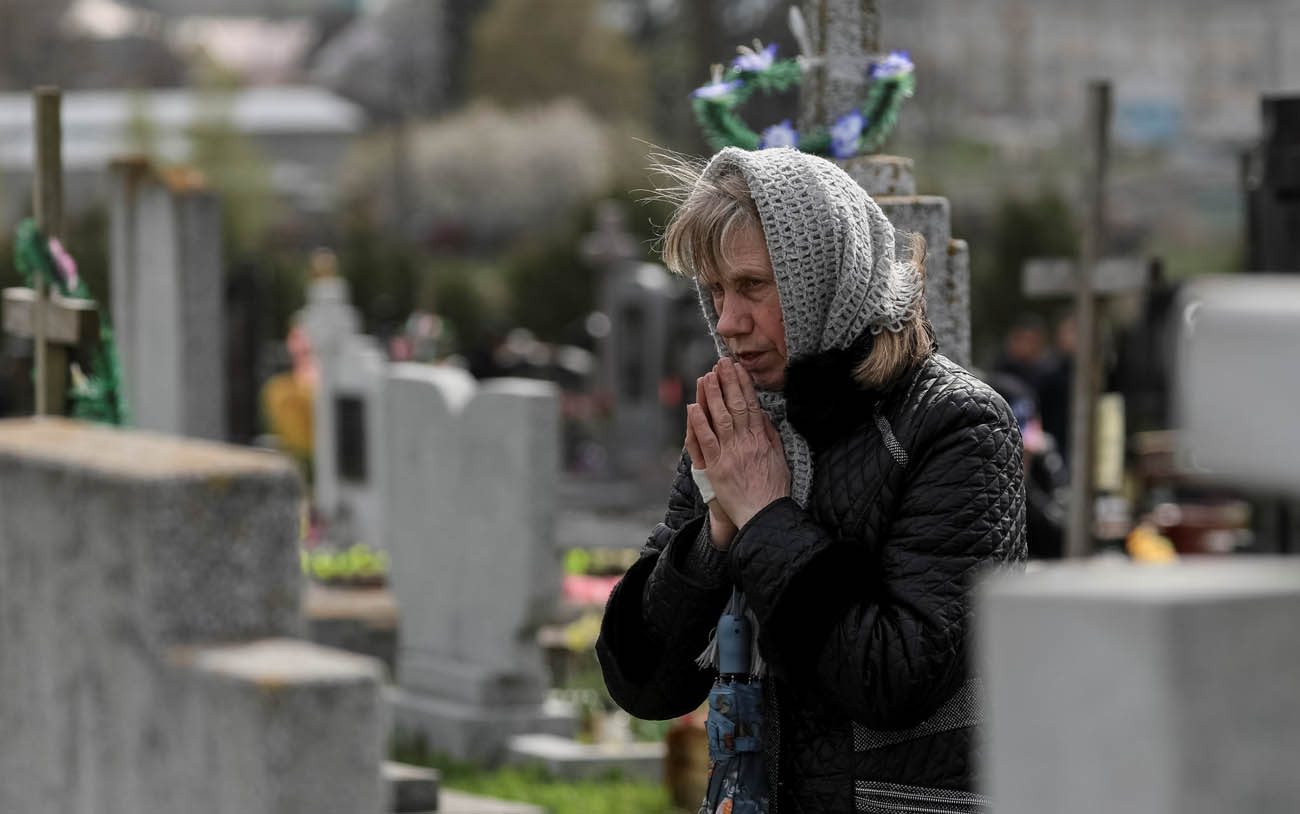 By the Ukrainian Catholic Bishops of the United States • Posted January 24, 2022

In our Eastern Christian Christmas traditions, we rejoice and celebrate that “God is with us,” singing the praises of the Prince of Peace in hymns and carols. Yet as we reread the Nativity account, we encounter the homelessness of the Mother of God, the anguish of Joseph, and the refugee status of the newborn Jesus.

Herod appears, a homicidal tyrant craving hegemony, who massacres innocent children in Bethlehem in order to kill the Messiah — a vivid image of the lust for power. Herod’s determination to dominate was so overpowering that he even murdered three of his own sons. The Holy Infant bringing salvation to all was a menace to a tyrant pathetically clinging to his self-importance.

During the Christmas season, some 100,000 Russian troops have been positioned on three sides of Ukraine: a nascent democracy, a country on a pilgrimage to freedom and dignity from the fear of a totalitarian past in which 15 million people were killed on Ukrainian territory.

Today, the world watches and wonders: Are religious liberty, a free press, a robust public debate, and accountable government in a sovereign state to be punished through the escalation of an invasion that began in 2014? Is the Ukrainian people’s exercise of their God-given dignity a threat to a modern Herod’s thirst for power and hegemony?

This is a question of life and death, as nostalgia for an empire lost has led to senseless slaughter and immense suffering throughout Ukraine.

God-given human dignity and freedom threaten rulers who seek to dominate others, build empires, enslave, and colonize. Those with the audacity to resist, who dare to move from the fear of totalitarianism to freedom and dignity are mercilessly punished.

“A voice was heard in Ramah, sobbing and loud lamentation; Rachel weeping for her children, and she would not be consoled, since they were no more” (Mt. 2,18).

After eight years of war initiated by Russia, Ukraine has lost a substantial part of its territory. Some 14,000 people, including children, have been killed, 1.5 million have been internally displaced, several hundred thousand agonize near the front line, and millions suffer from post-traumatic stress. There are 400,000 traumatized Ukrainian veterans of the Russian war and thousands who have lost their loved ones.

How long will this continue? How many more shattered families, destitute widows and orphans, grieving parents and grandparents? How many more destroyed churches, mosques, and synagogues, schools and hospitals, roads and bridges, homes and apartment buildings, factories and airports? How many more homeless, jobless, and impoverished millions forced to flee their country? How much more mindless, devastating pillaging by foreign-controlled organized crime? How many more devious, paralyzing international cyberattacks? How much more torment of freedom loving citizens and torture of prisoners seized by terrorists? When will this stop?!

Since February 2014, when more than 100 peaceful protestors were killed in cold blood in the heart of Kyiv, Ukraine’s capital, to quash demands for dignity, Ukrainian society has lived under a cloud of mourning and grief. Every city and town, and hundreds of villages, have fresh graves — sons and sisters, husbands and daughters, fathers, and grandfathers who gave their lives for what God promises to every human being: freedom and dignity.

The war in Ukraine is real. It kills, maims, and destroys daily. An escalated Russian invasion will generate additional millions of refugees, more dead and injured, more tears and pain. Still, the people of Ukraine courageously endure. As they stand with a gun to their head, they ask for our solidarity.

What can we do?

Pray for peace and justice in Ukraine. God is the Lord of history and the Lover of Humankind. His grace changes the most hardened hearts. Ukraine was brutally invaded, its territory annexed, the society traumatized. May God convert the promoters of violence. May God protect Ukraine and its people from further harm.

Know the facts and fight falsehood in a post-truth public debate being warped by Russian disinformation. Inform others. The world cannot look away; you should not look away. Seek and share the truth, which gives authentic freedom and wisdom.

There is a huge humanitarian crisis in Ukraine. People near the front line often lack the basics: clean water, food, clothes, medicine. Heal the wounds. Help the victims of this senseless invasion. Donations can be sent to: https://ukrarcheparchy.us/donate.

May God’s gift of human dignity and freedom be honored and protected in Ukraine and throughout the world!

Give ear to my prayer, O God;
And hide not thyself from my supplication…
I am distraught by the noise of the enemy,
Because of the oppression of the wicked…
But I will trust in thee. (Ps. 55, 1,2-3; 23)

See local reaction in Philadelphia to the current crisis: Ukrainian crisis a threat to Europe and democracy, local leaders say

PREVIOUS: Telling the good, and sometimes disquieting, news of the church

NEXT: Hope thrives for lives born and unborn