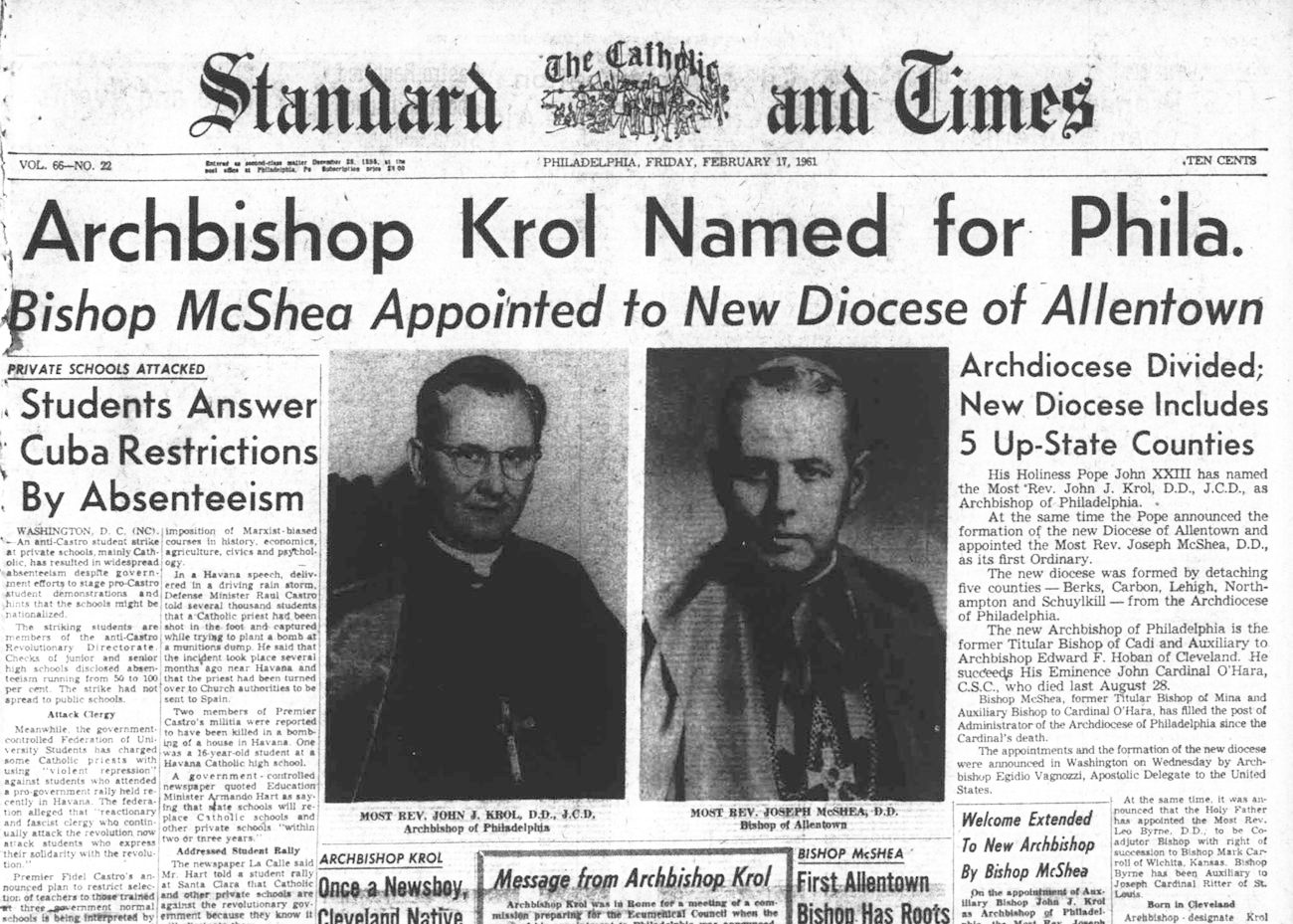 A digital image from the front page of the Feb. 17, 1961 edition of The Catholic Standard and Times (CS&T) is seen in this excerpt from the Catholic News Archive. The American Catholic Historical Society in Philadelphia recently added some 20 years' worth of scanned CS&T issues to bolster the archive, which is free and fully searchable. (Catholic News Archive/Catholic Research Resources Alliance)

The pages of Catholic history are a little bit fuller and more accessible thanks to a project sponsored by the nation’s oldest Catholic historical association.

The American Catholic Historical Society (ACHS) recently digitized almost two decades’ worth of The Catholic Standard and Times (CS&T). Tracing its origins to 1866, the CS&T was the official newspaper of the Philadelphia Archdiocese from 1895 to 2012, when the printing presses were halted and the CS&T was reborn in cyberspace as CatholicPhilly.com.

The fully searchable CS&T scans, imaged from existing microfilm of the newspaper, have been uploaded to the free online Catholic News Archive of the Catholic Research Resources Alliance (CRRA), a nonprofit collaboration of institutions that specializes in making rare materials on Catholicism in the Americas broadly available.

Some CS&T issues – particularly those published during and just after the Second Vatican Council (1962-1965) – were included in the Catholic News Archive when it was launched in 2016. Four years later, however, the ACHS decided to allocate $10,000 to scan issues from 1944 to 1962, the post-World War II era during which Catholic life surged in the Philadelphia area.

“We recognized the richness of that time period — its Catholic culture, the growth in the Archdiocese of Philadelphia, the expansion of parishes and schools,” said Thomas Rzeznik, an ACHS board member and associate professor of history at Seton Hall University. 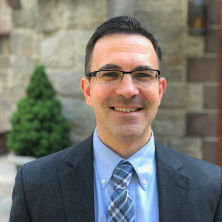 “There were racial issues, political issues, unrest – a lot of the things we’re seeing right now,” he said. “History repeats itself.”

At the same time, said Finnegan, life was quite different for previous generations of Philadelphia Catholics, particularly in terms of the cultural and political influence exerted by their church and its leaders.

Cardinal Dennis Dougherty, who oversaw the archdiocese from 1918 to 1951 (and established more than 100 parishes and 200 schools in the process), “could shut down movie theaters and dictate Philadelphia policy,” said Finnegan.

Area faithful of that period also witnessed the creation of a new Pennsylvania diocese: Allentown, established in 1961 by Pope John XXIII and comprised of five counties – Berks, Carbon, Lehigh, Northampton and Schuylkill – originally within the Philadelphia Archdiocese.

Above all, the CS&T’s weekly editions portrayed Catholics near and far as they engaged with their rapidly changing world. Articles and dispatches from the newly digitized set recounted a wide range of topics: post-war rebuilding efforts, the rise of communism, overseas missions, politics, clerical appointments, ordinations, parish groundbreakings, Communion breakfasts, novenas and high school sports.

Consumer goods and services were offered at prices that seem impossibly low by today’s standards: car rentals for less than $5 per day, diamond engagement rings for under $150 and ham for just 31 cents per pound, barely one-tenth of its current cost.

“This is all Catholic history on the ground,” said Rzeznik.

Both he and Finnegan encouraged area faithful to spend time exploring the digital collection, which provides invaluable perspective, background and context.

“We sort of live with different historical understandings than Catholics of the past,” said Rzeznik. “Today, we may not live with that same history, but all of us are creatures of history, shaped by the stories of our pasts … and that includes our Catholic family.”

NEXT: Local pro-lifers doing ‘amazing things’ for life at all stages