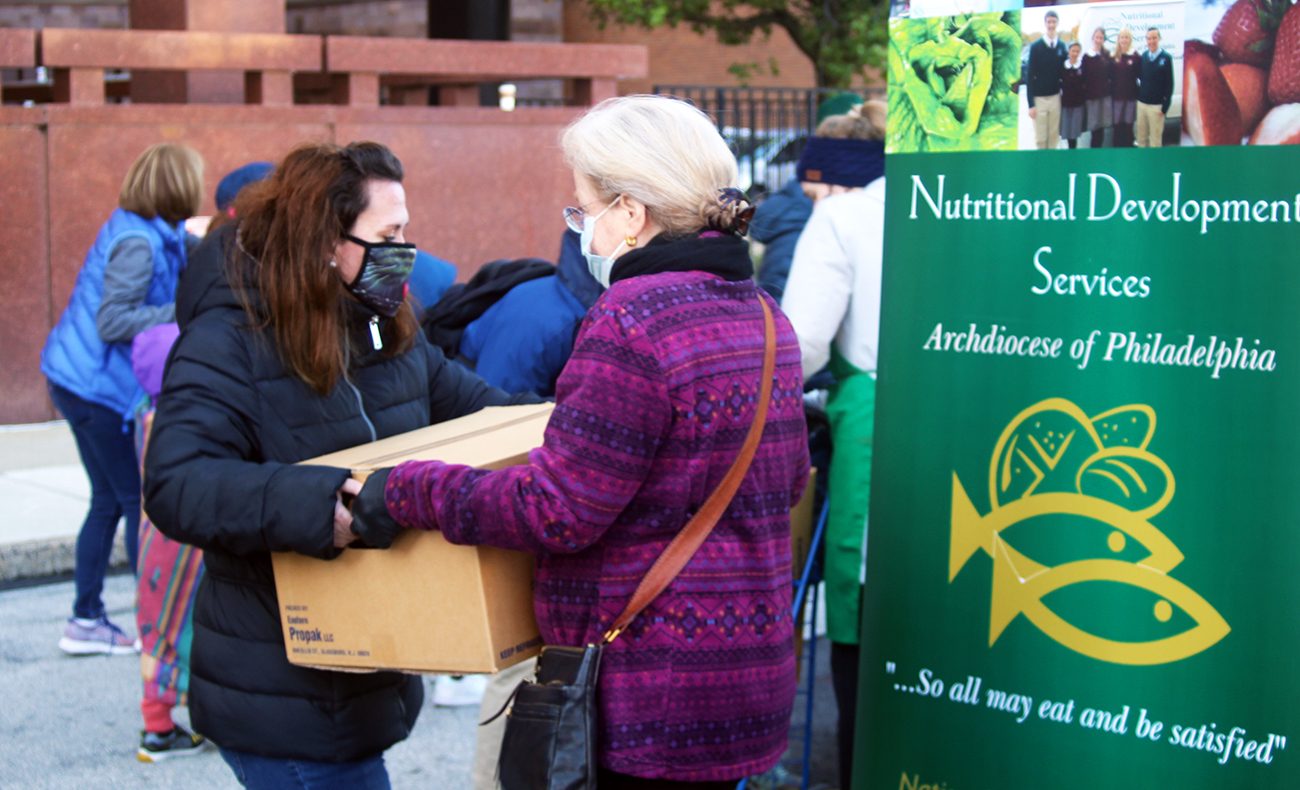 A volunteer with archdiocesan Nutritional Development Services distributes fresh food Oct. 17, 2020 at the Archdiocesan Pastoral Center. The agency, which operates a network of food pantries, has received a $50,000 donation and matching gift challenge from the Atlanta-based CAS Group tech firm to counter food insecurity exacerbated by the ongoing COVID pandemic. (Gina Christian)

An Atlanta-based tech firm is teaming up with the Philadelphia Archdiocese to counter local food insecurity — and calling on others to do the same.

To double the effort’s bandwidth, CAS Group has pledged to match all gifts to NDS through the end of January, dollar-for-dollar up to $50,000. Contributions can be made by visiting NDS’s secure online giving page and including the words “CAS Challenge” in the submission comment box.

And while the end-of-year charitable giving season has just closed, the CAS gift and challenge couldn’t have come at a better moment, said NDS executive director Lizanne Hagedorn.

Although federal aid has enabled millions to weather pandemic-related losses, many households “might be slipping” now, she said.

According to the national hunger nonprofit Feeding America, some 38.3 million in the U.S. currently face hunger, 11.million of them children – and in Pennsylvania, more than 1.35 million, including 383,520 children, don’t have enough to eat.

The state’s unemployment rate fell to 5.7% in November, but inflation rose 6.8% over last year, making for “a strange time economically,” with “sticker shock” in the grocery aisles, said Hagedorn.

“You have all these jobs, but you also have these (high) costs for food,” she said.

Rising home energy bills during the winter months — along with unexpected child care costs as schools continue to periodically shift from in-person to virtual learning — compound the problem, said Hagedorn. 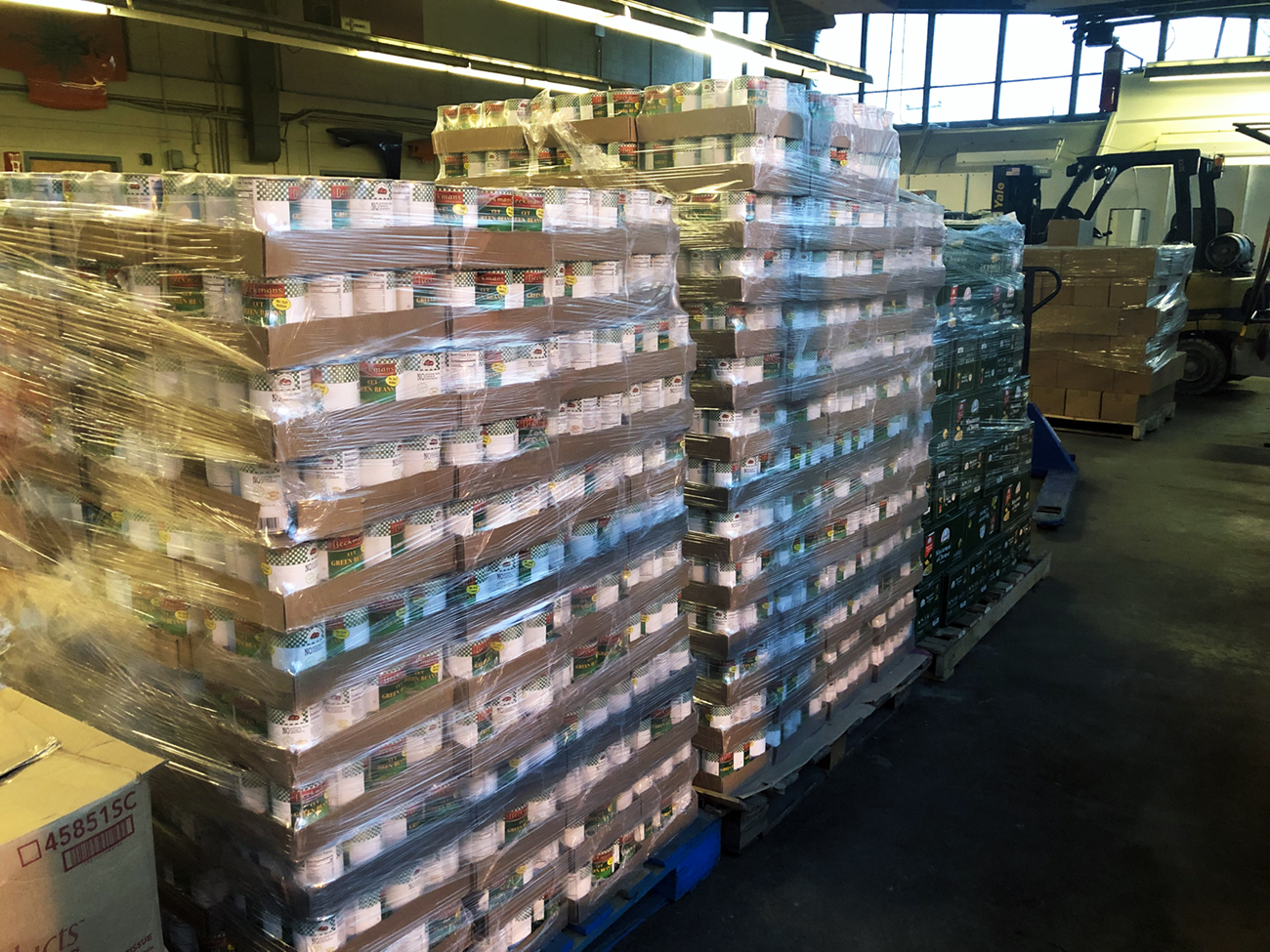 “So for people who were maybe doing all right with making ends meet, thanks to the assistance that was out there, this has been a real zinger,” she said.

Hagedorn pointed to the pandemic’s expansion of the global wealth gap. According to Credit Suisse, about 5.2 million persons became millionaires in 2020, while the World Inequality Lab found billionaires accumulated about $4.1 trillion in wealth amid the crisis – even as some 100 million fell into extreme poverty.

“All these people are suffering throughout the world, and so many are getting so much richer,” said Hagedorn.

CAS Group founder and CEO John McAleer likewise cited the disparity as a driver for his firm’s matching gift challenge.

“There’s just a huge gap out there,” he said. “A lot of people have fared really well all through the pandemic … (particularly) the top and the middle class, but the bottom’s been crushed, even with the aid.”

Too often, support has been “earmarked for folks who need it most,” but hampered by “bureaucracy so big that a lot of the help still hasn’t made it out there yet,” said McAleer.

Speed and efficiency are key for McAleer, a licensed race car driver whose company develops digital businesses, telecommunications architecture and strategies for blockchain (the technology behind bitcoin currency). He lauded NDS’s “flat and focused” delivery model, which brings food quickly and effectively to its network of pantries.

With a 15-year record of such nationwide matching grant programs, the CAS Group “primarily tries to feed children,” said McAleer, adding that NDS (which serves millions of federally funded school meals each year) is a perfect partner for that task.

“NDS is an organization that’s actually getting the food to the people who need it,” he said. “You can’t get much clearer than that.”

NEXT: Digital archives show local Catholic life from generations past