Pro-life advocates ‘rise up and stand’ for unborn, women 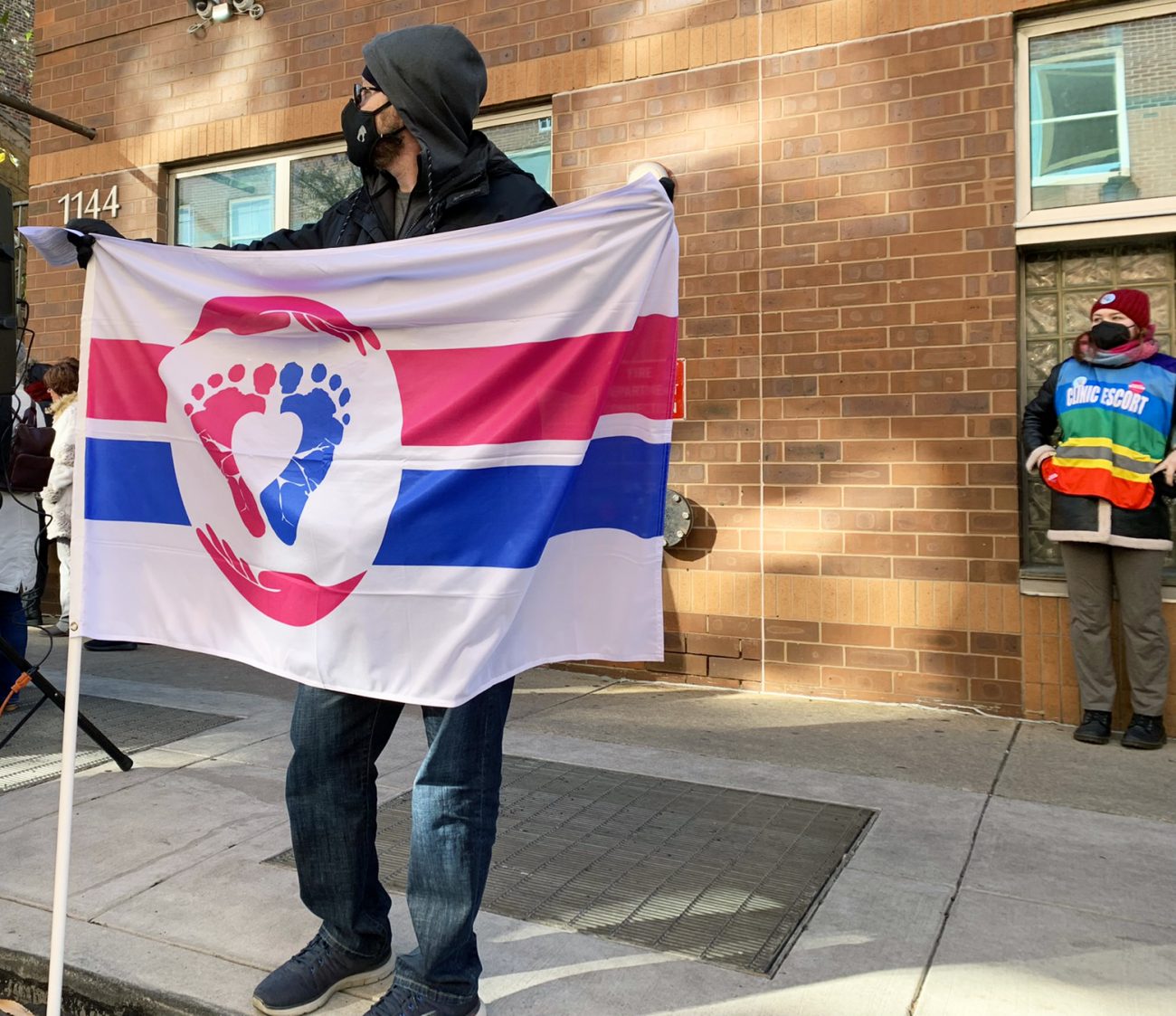 A man holds a pro-life flag at a Jan. 22 vigil sponsored by the Pro-Life Union of Greater Philadelphia in front of a downtown Philadelphia Planned Parenthood clinic. (Gina Christian)

A day after this year’s March for Life, some three dozen pro-life advocates gathered outside a downtown Philadelphia abortion clinic to “rise up and stand” for both the unborn and women.

Sponsored by the Pro-Life Union of Greater Philadelphia (PLU), the Jan. 22 prayer vigil took place in front of Planned Parenthood’s site at 12th and Locust Streets.

Braving bitterly cold temperatures – along with occasional profane tirades from clinic staff and passersby — attendees listened as Burpee recounted her own experiences as a post-abortive woman and survivor of domestic violence.

Having sought multiple abortions while in an abusive relationship, Burpee recalled that “Planned Parenthood didn’t care how many times” she came to its facility.

Similarly, Sceski said he had recently witnessed another domestic violence survivor “fall to her knees and vomit” from duress before entering an abortion clinic, then “crumple” again on the way out after clinic staff dismissed her due to an ovarian cyst that prevented the abortion.

“They literally just turned this woman away,” he said. “They didn’t address the fact she had an abusive boyfriend and father, and she literally felt she had nowhere to go.”

Burpee said some three months after her last abortion she had “started to contemplate suicide,” feeling “broken beyond all imagination.” 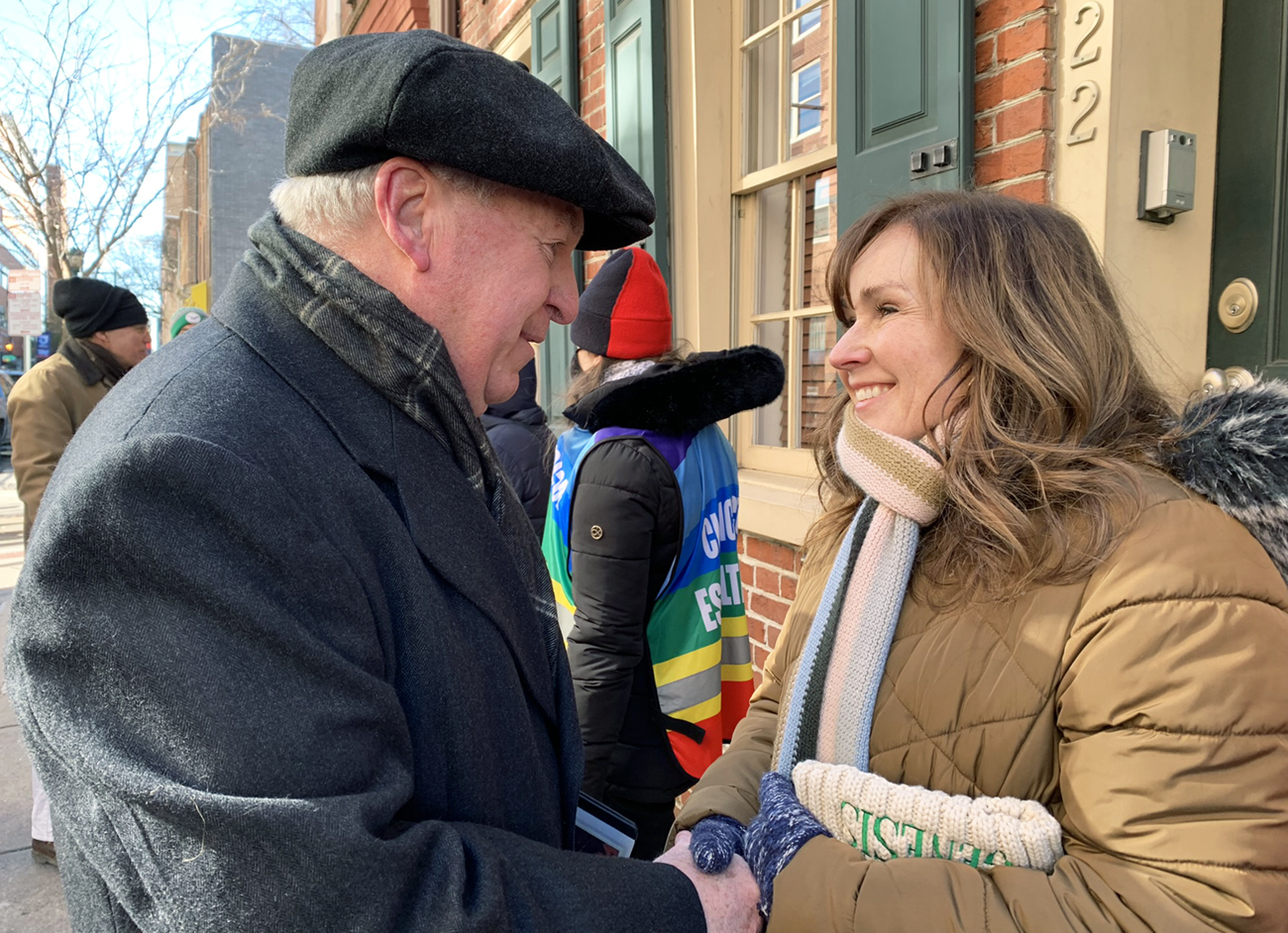 “We can do more for women. Women deserve better than that,” said Sceski, who directed the abused woman he had encountered to medical and crisis pregnancy care.

In Burpee’s case, “God showed up” in the form of a friend who enabled her to leave the abusive relationship, find housing and enter counseling.

Now a wife and mother, Burpee said she is passionate about her ministry, which since May 2019 has saved 275 pre-born children, thanks in part to a new ultrasound machine donated by the Knights of Columbus — as well as a commitment to post-pregnancy assistance.

Describing abortion as “a lie … labeled as health care,” Deacon Kennedy questioned why the “millions and millions of dollars” allocated to “the cause of death” were not instead being directed to “save lives by offering real help to mothers in crisis pregnancies, real help in providing true health care, financial assistance and material support during and after pregnancy.”

In its 2019-2020 annual report, Planned Parenthood reported $1.6 billion in income and over $2 billion in net assets, with taxpayer funding totaling $618.1 million, or almost $1.7 million per day, according to an analysis by the Charlotte Lozier Institute.

IRS filings for tax year 2020 show former Planned Parenthood president Leana Wen was paid more than $1.2 million, while senior adviser Dawn Laguens received a salary of just over $1.1 million. Compensation for a dozen other top executives ranged from $580,161 to $129,006.

During a 2015 House committee hearing, the organization was criticized for its “massive salaries,” “blowout parties,” “exorbitant travel expenses” (more than $5 million in 2013), political advocacy and foreign aid donations.

“Their desire for more of taxpayer dollars is just sensational,” said Jason Chaffetz, then-chairman of the House Oversight and Government Reform Committee.

“Man’s laws should not stop God’s great work” that “life exist” and “carry forward,” said Deacon Mahoney. “It’s time for us to start listening and obeying the will of God. … We know what his will is, that all life is sacred from conception to natural death.”

Those messages resonated with Zoltan and Jeannie Fischer of Our Lady of Calvary Parish in Philadelphia, who were on hand along with their children Christina, Gabriella, Jeannie and Zoltan.

“We find the killing of unborn babies – who should be in the safest place, the mother’s womb – is such a violation of how babies’ lives are meant to be,” said Jeannie Fischer. “So we feel like to just sit back and say nothing would be cowardice. We want to be out here and make a stand and speak for those who can’t speak for themselves.”

NEXT: Catholic education ‘a gift to the world,’ archbishop says at St. Monica’s