Catholic education ‘a gift to the world,’ archbishop says at St. Monica’s 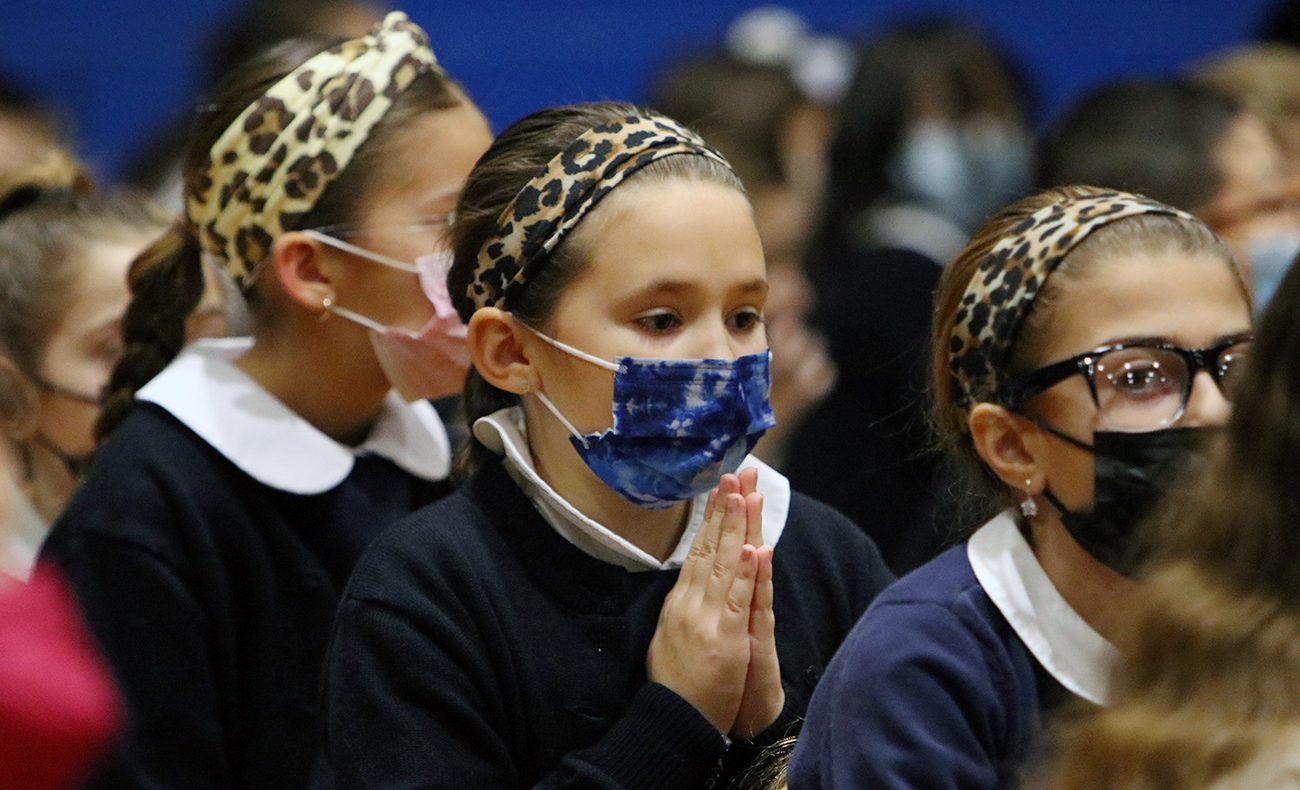 A student prays during a Jan. 27 pastoral visit by Archbishop Nelson Pérez to St. Monica Parish School in South Philadelphia. Effective Tuesday April 19, face masks will again be mandatory in all archdiocesan schools located in Philadelphia only, in response to a new mandate by the city. (Photo by Sarah Webb)

A Catholic school in South Philadelphia welcomed Archbishop Nelson Pérez yesterday during a pastoral visit that was months in the making, and all the warmer for the wait.

Archbishop Pérez teased that Sisters Melissa and Margaret were among the many “Mighty Macs” who have long served as “incredible leaders in this archdiocese, particularly in the area of Catholic education.”

Delayed on four previous occasions due to COVID and inclement weather, the Jan. 27 tour of the school was a kind of homecoming for the archbishop, who said he had attended St. Charles Borromeo Seminary with Father Kelley and had himself ordained Father Cavara, a former parishioner during then-Msgr. Pérez’s tenure as pastor of St. Agnes Parish in West Chester.

Led by their council president Ryan Coleman, students presented the archbishop with two gift baskets containing favorite neighborhood foods, along with handmade greeting cards from each class – some of which were quite large and elaborate.

“This is South Philadelphia,” Sister Melissa advised the archbishop. “They tend to outdo each other.” 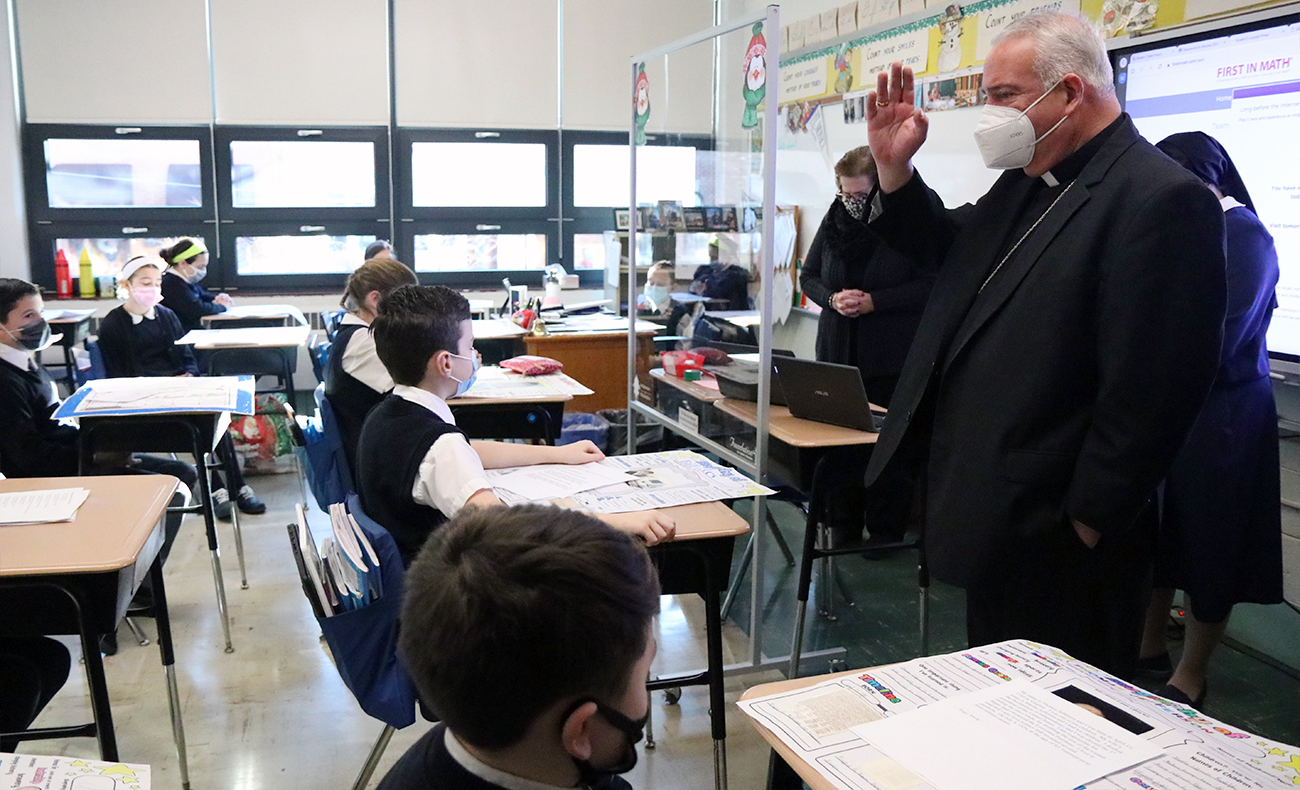 St. Monica graduate Michael Fee and his wife Rian also presented their two-year-old son, Anderson, to the archbishop for a special blessing to strengthen the child in his battle against cancer. Grandmother Linda Fee is a kindergarten aid at the school.

Michael Fee described the encounter as a “pretty powerful” opportunity that worked to “give others hope we can get through trials and tribulations.”

Such assurance is central to Catholic education, said Archbishop Pérez, noting he was “really proud of the way all of our Catholic schools tackled the obstacles” presented by COVID.

At the onset of the pandemic, “we were up and running within 48 hours because of the passion and commitment of (our) teachers, principals and parents,” he said. “We adapted and we figured it out.”

Catholic education is “an incredible gift” through which “you learn science and math and English … but you also learn about the things of the heart, and how you find Christ deep within your heart and within each other,” said Archbishop Pérez.

Father Kelley noted he meets with the school’s eighth grade class each week to review the Sunday Mass readings.

“We learn together,” he said, admitting the sessions also “help them prepare (his) homily.”

Both said they were “nervous” about Archbishop Pérez’s visit, but were set at ease by his gentle manner, which mirrored that of St. Monica School teachers and staff.

“I can’t really explain it, but he is very nice,” said Canzanese. “I love the archbishop.”

For his part, Archbishop Pérez pointed to his predecessor, St. John Neumann, the fourth bishop of Philadelphia and a patron of Catholic education.

“We’re really blessed, because St. John Neumann sat around with a group of people back in the 1800s and dreamed all this up,” said the archbishop. “We now have over 100 (archdiocesan) elementary schools and 15 high schools. It’s not only a gift for Philadelphia, but actually for the country – and a gift for the world.”

PREVIOUS: Pro-life advocates ‘rise up and stand’ for unborn, women

NEXT: Christ is at ‘the heart of Catholic education,’ says archbishop