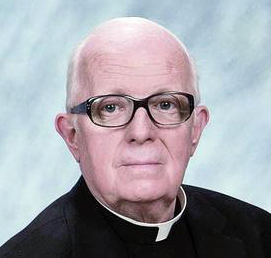 Father William P. Donnelly, a retired priest of the Archdiocese of Philadelphia, died Dec. 15, 2021, at Villa St. Joseph, Darby. He was 85.

Father Donnelly was ordained a priest May 16, 1964 at the Cathedral of SS. Peter and Paul by Archbishop John J. Krol.

Father Donnelly is survived by his brother Francis (Ann), and several nieces and nephews.  Interment was at Holy Cross Cemetery in Yeadon.