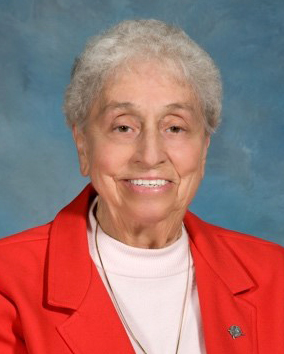 In September 1949 she entered the Sisters of St. Joseph, Chestnut Hill, and professed her final vows in 1957.

Sister Alice ministered in the archdioceses of Baltimore, Newark and Philadelphia, and the Diocese of Wilmington.

Sister of the late Hugh, Joseph, Rose and Clare, she is survived by nieces, nephews, grandnieces, grandnephews and a great-grandnephew. She is also survived by members of her congregation, the Sisters of St. Joseph.

In lieu of flowers, donations may be made in Sister Alice’s name to Saint Joseph Villa, 110 W. Wissahickon Ave., Flourtown, PA 19031.

NEXT: Peter Feledick, longtime staffer for Catholic Standard and Times, dies at 86