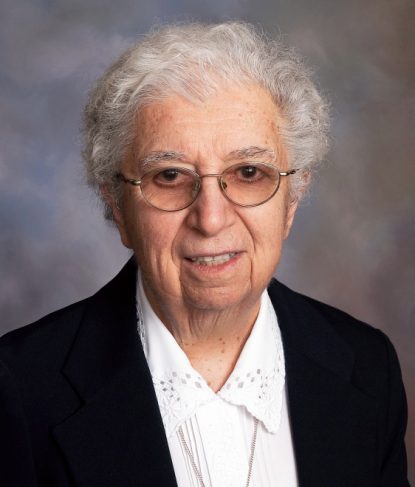 Sister Marie Lorraine Bruno, I.H.M., died Dec. 29 in Paoli Hospital at age 90, in the 69th year of her religious life.

She was the daughter of the late Thomas and Carmella (D’Alessandro) Bruno who raised two children in St. Thomas Aquinas Parish in South Philadelphia.

Lorraine attended Drexel Elementary and Vare Junior High School followed by from which she graduated in 1947.

Later, while in the community, she earned degrees at Immaculata, an M.A. from Catholic University of America and a Diplome de Langue et de Culture Francaises from the Institut Catholique de Paris.

Sister Marie Lorraine served as superior of St. Patrick Convent in York while teaching at York Catholic High School. At the end of the academic year 1981, she returned to teach at Immaculata through 1985.

She then served as dean of the Evening Division through August 1990, then she returned to the faculty until August 2012. Sister Marie Lorraine served as an associate emerita professor of foreign language from that time until her death.

She is survived by nieces, nephews, grandnieces, and grandnephews and her IHM community, who were grateful to have shared in her goodness, fidelity, and prayerfulness.

She was predeceased by her parents and her brother, William.