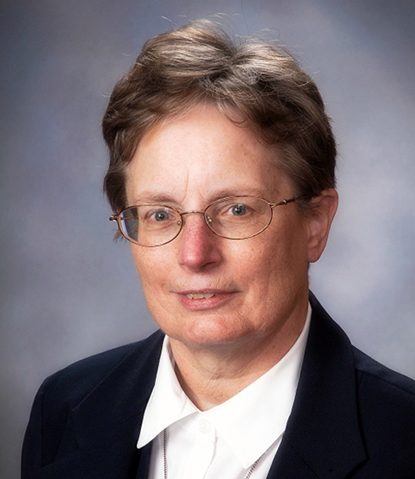 Born in Wilkes-Barre, Pa., daughter of Frank and Pauline (Stone) Holzman, she attended St. Ann School in Emmaus and Nativity of Our Lord in Scranton then graduated from Central Catholic High School in Allentown in 1966.

She entered the Sisters, Servants of the Immaculate Heart of Mary in 1966, received her religious name, Sister Mary Lorraine and her habit in 1967 and professed her first vows in 1969. She later earned degrees from Immaculata College and St. Charles Borromeo Seminary.

Sister Mary Lorraine then served as principal at St. John Bosco in Hatboro; SS. Peter and Paul in Decatur, Georgia; Assumption B.V.M. in Feasterville; and Immaculate Heart of Mary in Girardville, Pa. for 18 years.

In 2006 Sister Mary Lorraine served as an administrative assistant at St. Margaret School in Reading then from 2007 to 2020 as director of religious education St. Theresa Parish in Hellertown. During that time she battled cancer while also caring for her ill mother.

In October 2021 Sister Mary Lorraine came to Camilla Hall for care, where she stayed until her death.

She is survived by her mother Pauline Holzman, her brother Frank (Diane), and her sisters Nancy (Steve) Bench, and Beverly (Dale) Bortz and by her I.H.M. community.