Persecuted for the sake of justice 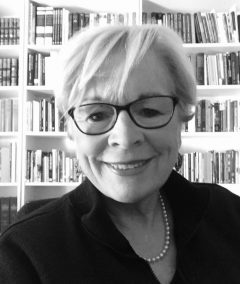 “Blessed are they who are persecuted for the sake of righteousness, for theirs is the kingdom of heaven” (Mt 5:10).

My blood ran cold the moment I read her words:

“You say you don’t want anything to happen to me. … I’d prefer it that way myself — but I don’t see that we have control over the forces of madness, and if you could choose to enter into other people’s suffering, or to love others, you at least have to consent in some way to the possible consequences. Actually what I’ve learned here is that death is not the worst evil. We look death in the face every day. But the cause of the death is evil. That’s what we have to wrestle and fight against.”

The visceral reaction I experienced was because of the realization that Maryknoll Sister Ita Ford had written those words to her own sister just a few months before she died. She was one of four U.S. Catholic women who were kidnapped, raped and murdered in El Salvador on the night of Dec. 2, 1980, by members of the Salvadoran National Guard.

She hadn’t set out to be persecuted. She and her companions were just doing in El Salvador what they were called to do — not only as religious sisters and ministers, but as people of faith. They lived, ate and breathed the beatitudes.

If the first four beatitudes refer to the abject conditions of those who are poor in spirit, who mourn, who are meek and who hunger and thirst for justice, then the second four refer to those who respond to these conditions with mercy, purity of heart, peacemaking and a willingness to endure persecution.

This, Sister Ita and her colleagues did. Recognizing that in El Salvador the rich and powerful had, in the words of then-U.S. Ambassador Robert White, “systematically defrauded the poor and denied 80% of the people any voice in the affairs of their country,” they brought their pastoral ministry to families and children in need of comfort and hope.

“If we leave the people when they suffer the cross, how credible is our word to them?” her companion in ministry and death, Sister Maura Clarke, had commented to a friend some weeks earlier.

Their story is all too well known. It serves as the quintessential commitment to the eighth beatitude, doesn’t it?

Pope Francis in his July 2017 motu proprio, “Greater Love Than This,” recognized that those whose heroic acts of service are lived in the face of violence and danger should properly be considered as worthy of sainthood. Maybe they will be, some day.

How I wish that “persecution for the sake of justice” (in Hebrew and New Testament Greek thought, justice and righteousness are the same) were a thing of the 1980s, a thing of the past. But no.

Not in the heartbreaking conditions still affecting too many poverty-stricken countries. Not in the economic milieu of multinational corporations. Not in the troubled world of the U.S. media. Not in the raucous environment of our state and national legislatures.

Not even in our parishes and dioceses.

Let’s face it with honesty and accountability: They may not have been physical deaths, but in my 30 years as a Catholic educator in the Southwest, I have witnessed the professional deaths of countless parish ministry leaders who were targeted and dismissed for voicing their protestations against ethical violations, abuses of power, financial irregularities and more.

People whose lives were dedicated to the Gospel — prayerful, faith-filled servants of God — eliminated from their ministry positions with those fateful, all-camouflaging words, “We’re going in a different direction.”

We have serious work to do to live into the Gospel imperative of the beatitudes, both as communities — as the people of God — and as puny individuals struggling to haul our courage up from our bootstraps to stand against injustices.

Small wonder that I dare to entreat Sister Ita and friends to pray for us.

Tricia Hoyt is a justice educator, writer, biblical scholar and retreat director. She recently retired from full time ministry after 30 years serving in the Diocese of Phoenix.

PREVIOUS: Chance remains to stop rush toward a new war

NEXT: The beatitudes’ unsettling words: Persecution