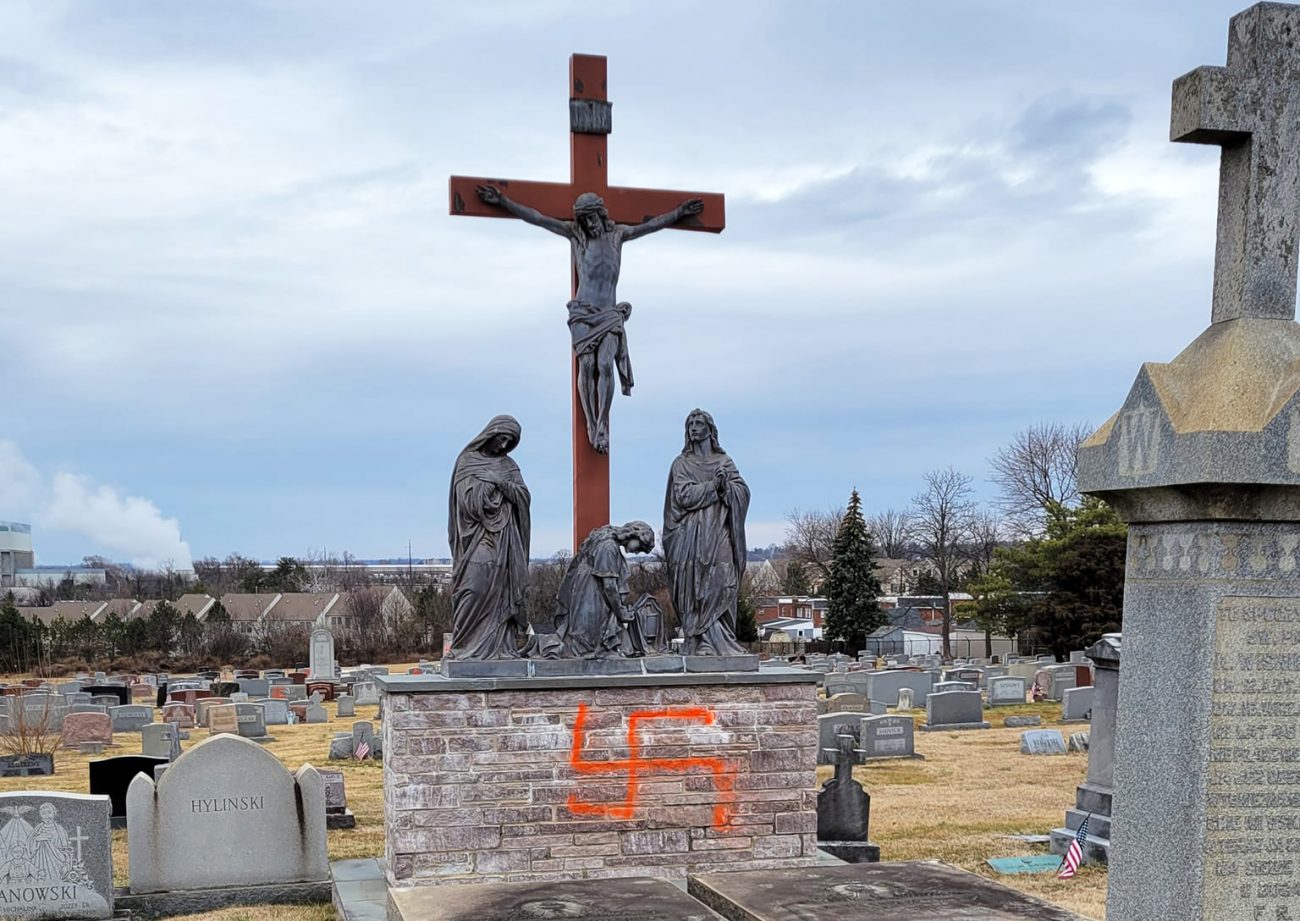 Residents of the Conshohocken area in Montgomery County were reacting Feb. 24 to overnight vandalism at three Catholic cemeteries in which gravestones were defaced with spray-painted Nazi swastikas.

St. Matthew Parish was founded in 1851 and established its first cemetery on Fayette Street near 13th Avenue and its current cemetery at Butler Pike and North Lane. St. Benedict Cemetery is located on Colwell Lane.

It is the latter cemetery for which photos of the vandalism were posted on Facebook by the St. Mary Polish American Society. They showed the desecration of graves of Polish Catholic faithful buried in the cemetery.

St. Mary Parish had been founded in Conshohocken for Polish Catholics in 1905 and was merged with St. Matthew Parish in 2014. Today St. Mary Quasi-Parish serves Catholics utilizing the Latin liturgies in the pre-1962 Catholic rites.

In the Facebook post, the Polish society said it was “shaken by a tremendous act of hatred in our own community.” 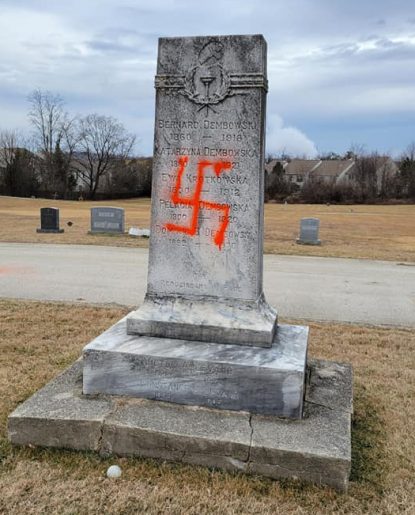 It said that the painting of swastikas – symbols of Nazism and racial hatred past and present – and other graffiti at St. Benedict Cemetery was painful because “it harkens back to the destruction wrought by the Nazis in Poland during World War Two.

“Racism and hatred of any form have no place in our community or in the world, but when it affects the very place where our relatives are buried, that requires swift and decisive action.”

The Plymouth and Whitemarsh township police are investigating the incidents.

Meanwhile community leaders vowed to bring perpetrators of the vandalism to justice. 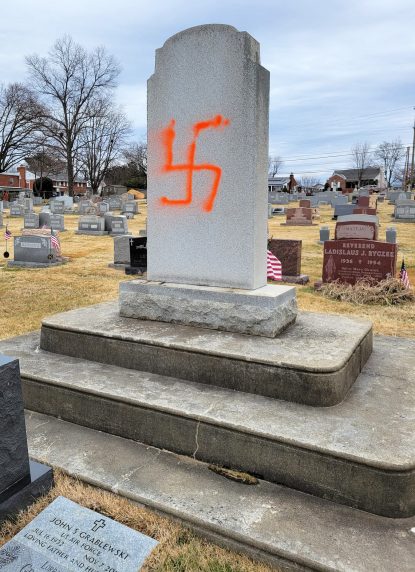 “Our three municipalities have zero tolerance for bigotry, racism, anti-Semitism and xenophobia,” Aronson wrote. “We remain proud of the diversity and multiculturalism in our community, (and) an attack on any of our neighbors is an attack on all of us.”

The St. Mary Polish Society organized a prayer vigil Thursday night at St. Benedict Cemetery, led by St. Matthew’s pastor, Father Thomas Heron. Participants expected to “pray for the vandals, that their hearts and souls may be touched and that they turn away from their path of hatred,” according to the Facebook post.

“May Our Lady of Częstochowa intercede for us with her Son, that she may protect our cemeteries, be with our families and our communities, and defend the Polish nation as she has done for centuries,” the post read.

By Feb. 25 the affected gravestones at the cemeteries were covered with brown paper and plastic while they are cleaned professionally, which is proceeding, according to Aronson’s page.

PREVIOUS: Fearless nuns in Ukraine remain to serve the people

NEXT: Archbishop Perez will pray for Ukraine at Mass Feb. 27