Fearless nuns in Ukraine remain to serve the people 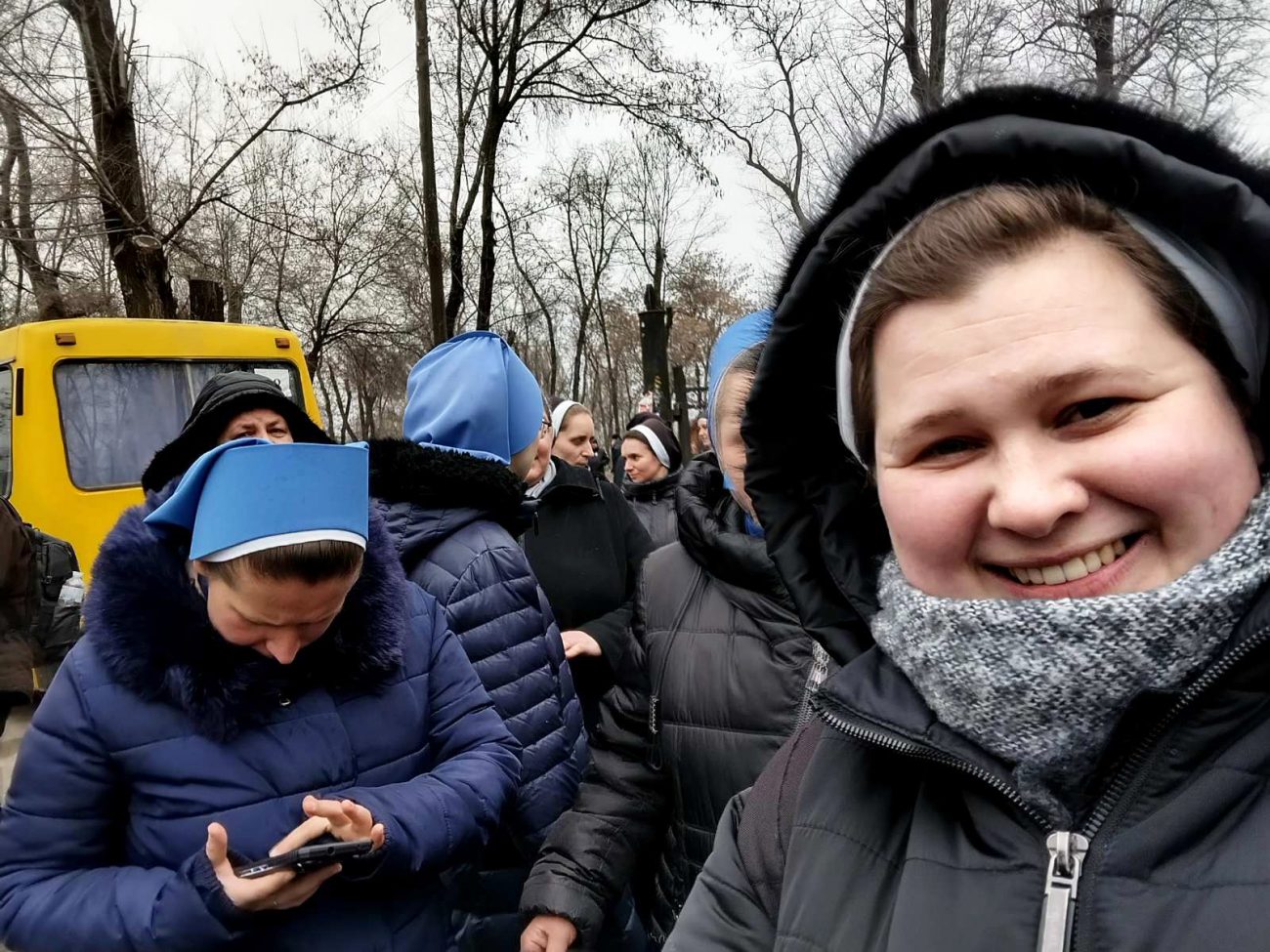 Women religious in Ukraine are seen Feb. 22 at a pilgrimage in Zaporizhzhia, just hours ahead of a Russian invasion. (Sister Anna Andrusiv, OSBM)

Women religious in Ukraine are facing Russia’s full-scale invasion of that nation with determined faith and a commitment to service.

Two sisters of the Order of St. Basil the Great spoke with CatholicPhilly.com directly from Ukraine Feb. 23 and 24 via telephone and the messaging app Viber.

“We understand that this is our new mission, to welcome the refugee,” said Basilian Sister Lucia Murashko, whose convent, the monastery of SS. Peter and Paul in Zaporizhzhia, is located about 125 miles from Donetsk in the eastern part of Ukraine.

The United Nations (UN) High Commissioner for Refugees has estimated more than 100,000 persons have already left their homes in Ukraine since Russian forces openly entered that nation Feb. 24. The Ukrainian military reports losing at least 40 troops so far, with an unspecified number of civilian casualties.

Yet amid a fast-moving and fluid situation, Sister Lucia said through “a special grace of God” she “feels very calm.”

“We feel peace here,” she said. “We do not want to move from here; we want to help people and stay with them as long and as much as we can.”

Area residents are grateful for that support, she said, especially one neighbor who is eight months pregnant and advised by her doctor not to travel. 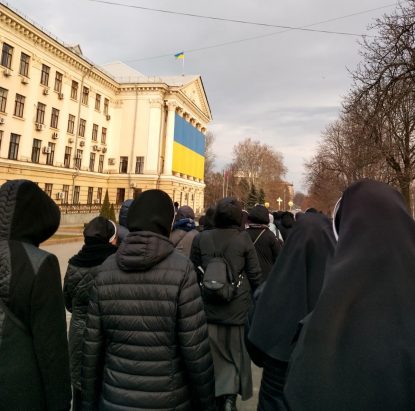 Women religious in Ukraine are seen Feb. 22 at a pilgrimage in Zaporizhzhia, just hours ahead of a Russian invasion. (Sister Anna Andrusiv, OSBM)

Besides, said Sister Lucia, “in the west (of Ukraine), people are not safer than they are here.”

In particular, eastern Ukraine has become all too accustomed to conflict as part of what Archbishop Borys Gudziak and fellow Ukrainian Catholic bishops in the U.S. recently called “an eight-year Kremlin-led war,” which began with Russia’s 2014 annexation of Ukraine’s Crimean Peninsula.

The same year, Russian-backed separatists proclaimed “people’s republics” in the eastern regions of Donetsk and Luhansk, together known as the Donbas.

That move came just 23 years after Ukraine gained independence following the collapse of the Soviet Union, of which it had been a part.

Memories of oppression under Soviet communism were close at hand for Basilian Sister Anna Andrusiv, whose monastery is in Lviv in western Ukraine.

Although born in 1988, she “felt in her heart” a unity with long deceased sisters who hid in the same convent basement during the German occupation of Ukraine in World War II.

Her own grandmother had vivid memories of hardship, deprivation and a constant fear of “saying what you were thinking,” which could result in being sent “to Siberia,” she said.

Sister Anna said she and some two dozen fellow religious – some of whom are up to 90 years old — have their emergency bags packed “in case we are bombed,” with at least three days’ supplies of “food, water warm clothes and medicine” as well as “documents.”

At the same time, she and her companions are unafraid.

“We want you to know we are just waiting. If it’s going to happen, it will be hard, but we can take it,” she said. “We just want you to know that it’s not from us, this war. It’s like somebody came to our home and wanted to take it, and we will fight back, all of us. All of us will.”

A recent pilgrimage of men and women religious, which concluded in eastern Ukraine just hours ahead of the invasion, has provided renewed spiritual energy for the days ahead, said Sister Lucia.

“We were walking on the main street (of the town) and the people were crossing themselves … and making bows to the crucifix,” she said. “They came to us and gave us strength to serve and to be and to continue our mission here, so we cannot want to go anywhere else.” 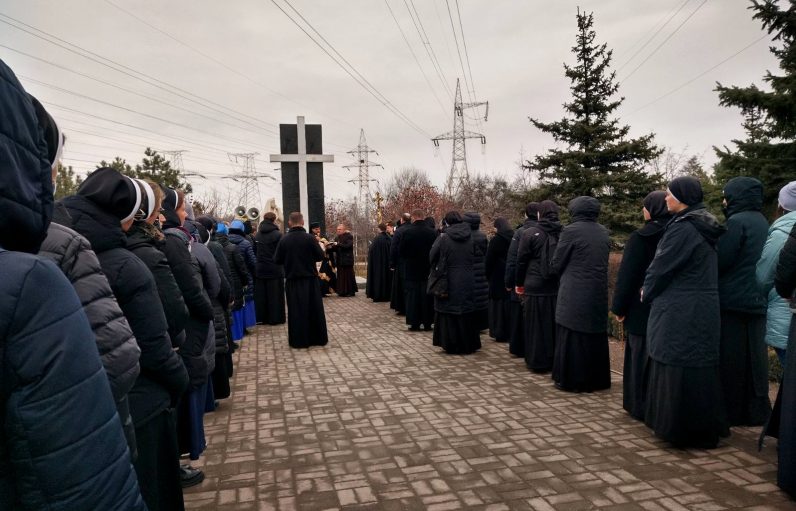 Women and men religious in Ukraine are seen Feb. 22 at a pilgrimage in Zaporizhzhia, just hours ahead of a Russian invasion. (Sister Anna Andrusiv, OSBM)

PREVIOUS: With invasion, Ukraine is being ‘crucified,’ says Phila. archbishop