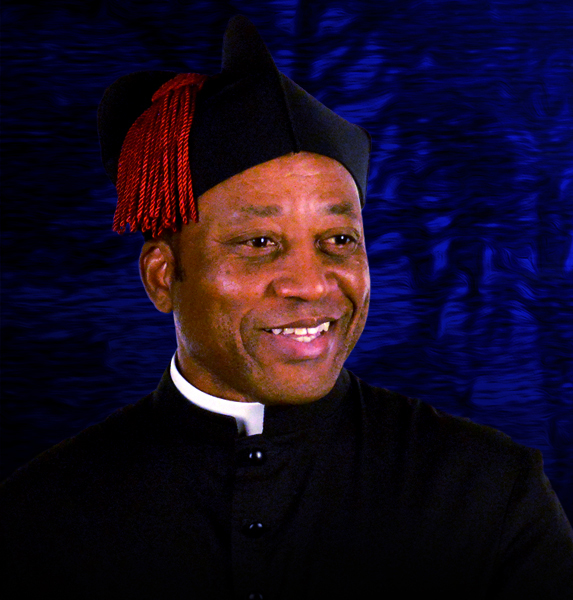 A theater show hosted by two Philadelphia parishes will highlight a pioneering Black priest whose story is changing hearts across the nation.

This weekend, St. Timothy Parish and Our Mother of Consolation will present St. Luke Production’s “Tolton: From Slave to Priest” on Feb. 25 at 7 p.m. and Feb. 27 at 7 p.m., respectively.

The shows round out private performances at several area Catholic schools as part of Black History Month.

Veteran television actor Jim Coleman — best known for his role of Roger Parker in the hit Nickelodeon show “My Brother and Me” — will star as Father Augustus Tolton, the nation’s first recognized Black Catholic priest.

Born into slavery in 1854, Tolton was raised Catholic, the faith held by the Missouri-based families who had purchased his parents.

In 1862, Tolton’s father escaped to serve the Union Army during the Civil War, but soon died of illness. His mother thereafter fled with young Augustus and his two siblings, rowing them across the Mississippi River and eventually reaching Quincy, Illinois, where they settled.

After working in a factory and attending Catholic schools where he often faced harassment, Tolton discerned a religious vocation. He moved to Rome in 1880 to study for the priesthood, since no seminary in the United States would accept him due to his race.

Upon his 1886 ordination, Tolton expected to be assigned to Africa, but was instead sent back to the United States, first to Quincy and then later Chicago. Despite repeated rejection, he persisted in his pastoral work, founding St. Monica Parish on Chicago’s South Side. His reverence, humility, zeal and exceptional singing voice drew both Black and white Catholics from all economic classes.

Poverty and a strenuous pastoral schedule likely hastened his untimely death from heat stroke and uremia in 1897. Declared “Venerable” by Pope Francis in 2019, Tolton is a figure whose “story needs to be told,” said Coleman.

“As a Black man, this very important part of history is something I want the world to hear about,” he said.

Ironically, Coleman almost didn’t get the chance — until a providential turn of fortune.

With three decades of television experience, Coleman only reluctantly auditioned for the role at the urging of a colleague. His wife and mother-in-law, along with several friends, began praying he would be cast.

“But somebody else got the role, and I was thrilled,” he said.

Undaunted, his wife and mother-in-law assured Coleman he would soon be donning a cassock for the show.

Three months later, having “completely forgotten about it,” he got a call “purely out of the blue” from producer Leonardo Defilippis, asking him if he would be interested in the part.

Defilippis himself is no stranger to divine intervention in the human narrative.

A trained Shakespearean actor, the once self-described “collapsed Catholic” – working in an industry whose “whole atmosphere is against religion” – was drawn back to his faith by two unlikely individuals: a troubled colleague he struggled to help, and a gay friend who gave him a rosary.

“It led me, believe it or not, to praying the rosary,” said Defilippis. “It started me on a journey that led me back to my faith, and back to my senses.”

Starting with a dramatization of St. Luke’s Gospel, Defilippis began staging reenactments of the lives of the saints — including St. John Vianney, St. Maximilian Kolbe and St. Faustina Kowalska — that religious orders commissioned.

Over the past four decades, Defilippis has refined the shows into lean but sophisticated multimedia productions, combining live action, prerecorded sequences and music from emerging composers, such as Philadelphia-area native Tony Manfredonia, who scored “Tolton.”

Along with those elements, Coleman – the son of a Baptist minister, and a non-Catholic Christian — relies on the intercession of Tolton himself to create a believable performance.

“I pray to him and talk to him, asking him to speak through me,” he said. “I want the story to be pure, and I want people to see not me, but Father Tolton.”

While touring Texas a few years ago, Coleman received a wary reception from local residents and even parishioners at the Catholic church hosting the production, who didn’t speak to the actor following his introduction at Mass prior to the performance.

“I prayed to Father Tolton and said, ‘Show them your heart,’” said Coleman.

After the show, “a man walked up to me, leathery, in his 70s, tears pouring down his face, saying, ‘You got me, you got me,’” he said. “And then he walked on. But I knew what he meant. His heart had been touched by history.”

PREVIOUS: Memorial for active military blessed at Our Lady of Mt. Carmel Church