‘Watch’ this in memory of me? Liturgy in a time of pandemic 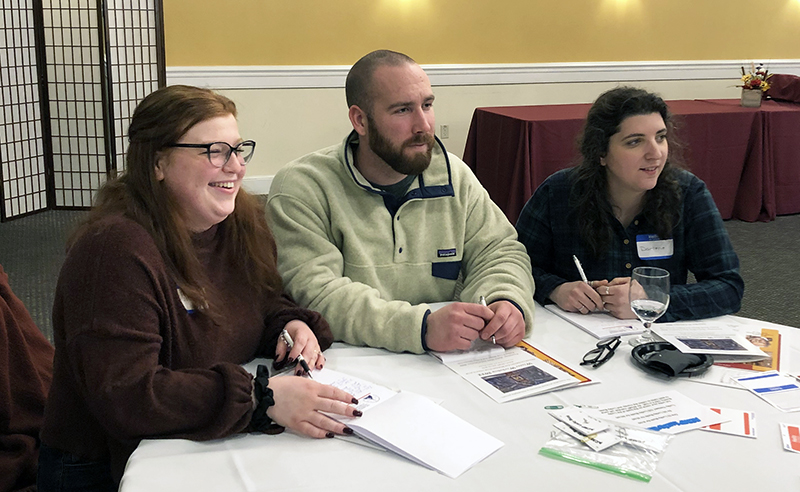 Attending the winter workshop of the Association of Church Musicians Feb. 5 at St. Helena Parish in Blue Bell are (left and right) Gabrielle Boscaino and Darlene Sacco of the parish's young adult group, and Christian Thompson (center), director of parish services at St. Helena's.

Both in person at St. Helena Parish in Blue Bell and online, music ministers and a host of others who are deeply engaged in questions of good Catholic liturgy gathered Saturday, Feb. 5 for the winter workshop of the Association of Church Musicians in Philadelphia (ACMP) titled “Rediscovering Sacrosanctum Concilium: What’s Right with the Rite.”

Sixty years after the Constitution on the Sacred Liturgy was promulgated, ACMP’s three keynote speakers dug into the foundations of this essential document, stressing the need to continue unpacking its theological virtues and mining it for pastoral application.

On everyone’s mind was the body-blow to liturgy dealt by the coronavirus pandemic, now approaching its third year.

Father Dennis Gill, director of the archdiocesan Office for Divine Worship, was clear: “We weren’t ready for shutdown.”

This lack of readiness was not just about needing to establish health and safety protocols or figure out livestream technology. According to Father Gill, the greatest shortcoming was the strong sense of “domestic church” needed to sustain the prayer life of families and individuals in quarantine.

How many Catholics know that they were never obligated to watch a livestreamed Mass? As in pre-pandemic times, those unable to be present (whether because of illness, health risk, or caregiving responsibilities) are simply and deeply called to “keep holy the Lord’s Day.”

This could include praying the Scripture readings, discussing them as a family or with friends, and choosing sabbath activities designed to raise minds and hearts to God.

Certainly some families continued to put on their Sunday best for virtual Mass: singing, responding aloud, even standing and kneeling on cue. But stories abounded of those cozied up in pajamas for morning Mass, cooking breakfast with the liturgy on television in the background, even sharing mimosas at the time of Communion, then considering their “obligation” fulfilled.

But had people truly fulfilled the purpose of all sacraments — to give worship to God? 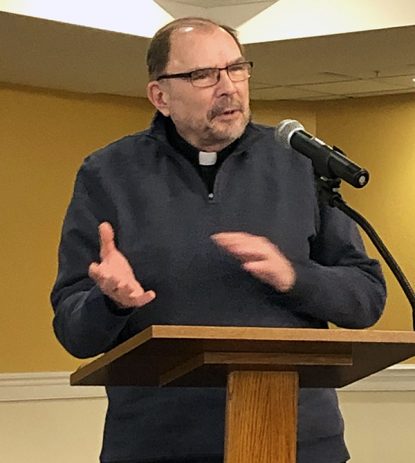 “I wish we had never come up with the idea of obligation,” lamented La Salle University’s Father Frank Berna, O.F.M., noting that “obligation” implies something to be checked off a list or gotten out of the way. But liturgical worship is supposed to be a joy, he emphasized.

Father Berna noted several losses associated with livestreamed Masses. Principal among them was the “full, active, conscious participation” called for in Sacrosanctum Concilium, a concern cited by all three keynote speakers.

Catholics began passively “watching Mass” as their grandparents might have “heard Mass,” erasing 60 years of understanding liturgy as the work of the people, not just “Father’s work.”

“Virtual participation fails to recognize the incarnational aspects of the liturgy and the indispensable need for an embodied celebration,” said Father Gill. “It’s about offering ourselves at the altar as members of the priesthood of the baptized.”

In other words, Jesus said “Do this,” not watch this, “in memory of me.”

And yet buried in the ground of pandemic are the seeds of renewal, the speakers suggested. Father Berna observed that many Catholics got to experience fine music and excellent preaching in quarantine as they traded tips about where to find satisfying virtual Masses.

Once past the ordeal of implementing livestreaming, parishes reaped the fruit of connecting distant or isolated parishioners — like a soldier in Afghanistan attending his grandmother’s funeral online, or a hospitalized woman not having to miss her granddaughter’s wedding.

Perhaps the greatest blessing-in-disguise is the dissatisfaction most people feel with livestreamed Masses.

Sister Marganne Drago, S.S.J., a liturgist and theology teacher who serves as an organist at Holy Martyrs Parish in Oreland, said the pandemic has created a hunger. “People have missed the communal element of liturgy!” she said.

Christian Thompson, director of parish services at St. Helena’s, concurred. “Like the cocoon of a butterfly,” he said, “this challenge has metamorphosized into a renewed understanding for the necessity of in-person worship.”

So how does the church convince people of the truth of the title of the archdiocese’s campaign “Nothing Compares to Being There,” which invites Catholics back to in-person participation in the Mass?

“Liturgy is an event that shapes us in this life and leads us to the next,” explained Father Gill. Catholics, he suggested, need to convey through words and actions that participating in the liturgy is a joy and a privilege, one that those in the world with limited access to the Eucharist would not take for granted. 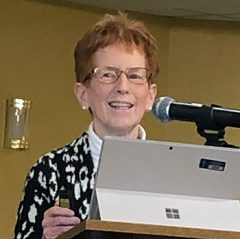 Keynote speaker Sister Mary Ann Clarahan, R.S.M., suggested the best catechesis about the value of being at Mass in person will not be effective unless those involved in the preparation of liturgy are committed to offering well-crafted and inviting celebrations. “In the midst of many choices, tap into people’s hunger,” she advised.

“Music ministry is an awesome, life-giving gift, a communicator of beauty and truth,” she said. “This multi-faceted diamond needs to sparkle and shine!”

The Association of Church Musicians in Philadelphia fosters the art of liturgical music as described in the liturgical documents of the Roman Catholic Church. It offers professional development, grants and a variety of musical and pastoral resources. Learn more at acmpmusic.com.

NEXT: ‘Kids help kids,’ live out mission at St. Teresa of Calcutta School