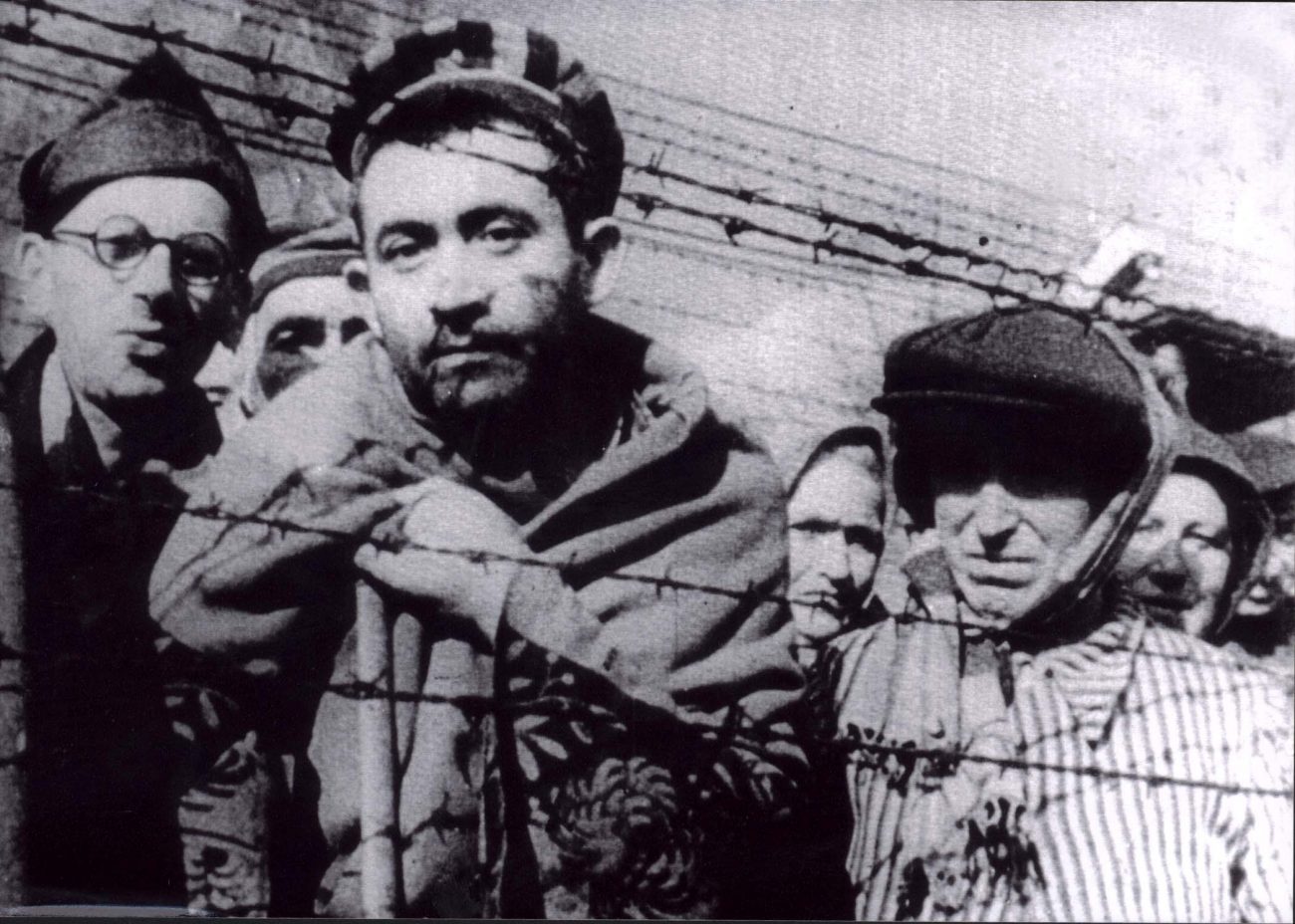 Men and women are seen behind barbed wire after the liberation of the Nazi death camp Auschwitz-Birkenau in 1945 in Oswiecim, Poland. Historians estimate that the Nazis sent at least 1.3 million people to Auschwitz between 1940-45, and it is believed that some 1.1 million of those perished there. Auschwitz was liberated by the Russian Army Jan. 27, 1945. (CNS photo/Yad Vashem Archives via Reuters)

ABC’s suspension of “The View” host Whoopi Goldberg highlights the complex nature of Jewish identity and “the different experiences of racism that people have,” said a local scholar.

The network imposed the penalty Feb. 1 after Goldberg said during the previous day’s episode that the Holocaust (Shoah) was “not about race.” The remarks, along with several public apologies made by Goldberg, sparked widespread media attention and commentary.

“This is a classic example of people using the same loaded word in different ways, and therefore they talk past each other,” said Philip Cunningham, co-director of the Institute for Jewish-Catholic Relations (IJCR) at St. Joseph’s University (SJU) and a professor of theology and religious studies at the school.

As part of the IJCR mission, Cunningham and co-director Adam Gregerman, associate professor of theology and religious studies at SJU, team-teach and partner to research Jewish-Christian reconciliation and reform, working at both national and global levels.

The controversy over Goldberg’s statements reveals “fine distinctions between race and ethnicity, and the issue of racism – the habit of categorizing human beings into groups that some person considers to be inferior,” said Cunningham.

For the sake of clarity, “it’s better to talk about ‘racism’ rather than ‘race,’ which is a very difficult concept to define,” he said. “Scientifically, and in terms of Catholic teaching, there is really only one ‘race;’ that is, the human race.”

Cunningham noted the U.S. bishops emphasized that point in their 2018 pastoral letter against racism, “Open Wide Our Hearts: The Enduring Call to Love.”

In the document, the bishops observed that “racism occurs because a person ignores the fundamental truth that, because all humans share a common origin, they are all brothers and sisters, all equally made in the image of God. When this truth is ignored, the consequence is prejudice and fear of the other, and — all too often — hatred.”

The various forms racism can take include “the enslavement of millions of Africans” and “the Nazi genocide against the Jews,” as well as 19th-century depictions of Irish and Italian Catholics, Jews and Asians as “undesirable drunkards or subhuman immigrants to the U.S.,” said Cunningham, adding that “all human beings seem capable of racist thoughts and actions.”

Given its many aspects, Jewish identity tends to transcend everyday terms, often making it difficult for “non-Jews (to) understand what it means to be Jewish,” said Cunningham.

In a 1975 statement, the U.S. bishops affirmed that “in dialogue with Christians, Jews have explained that they do not consider themselves as a church, a sect, or a denomination … but rather as a peoplehood that is not solely racial, ethnic or religious, but in a sense a composite of all these.”

The IJCR will explore a particular instance of racism at work in a Feb. 7 webinar featuring Boston College history professor Jesuit Father Charles Gallagher, author of “The Nazis of Copley Square: The Forgotten Story of the Christian Front.”

The American Catholic movement, active in the 1930s and 1940s, sought to align itself with the Nazis and eliminate Jewish and communist influence in the U.S.

NEXT: Catholic collegians gather for faith-filled weekend in Doylestown