With invasion, Ukraine is being ‘crucified,’ says Phila. archbishop 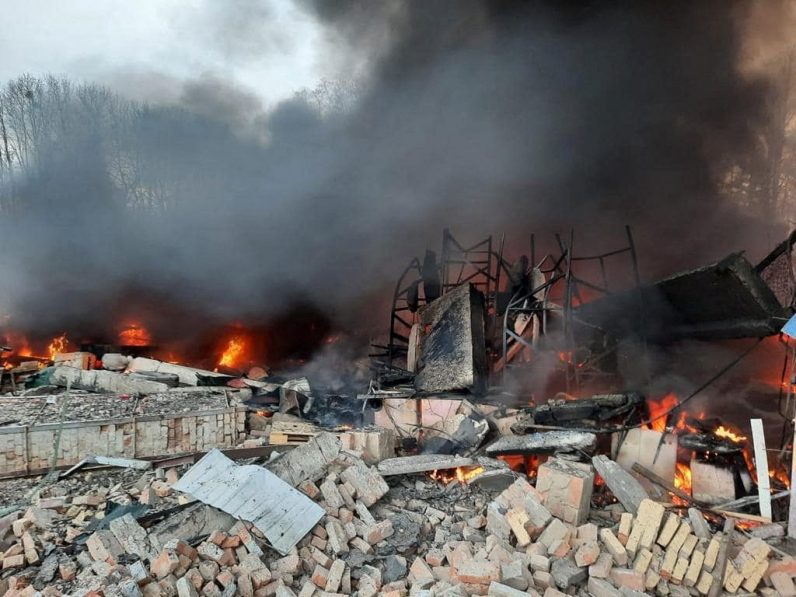 Ukraine is “being crucified before the eyes of the world,” said the head of the Ukrainian Catholic Archeparchy in Philadelphia.

Speaking by telephone from Paris to CatholicPhilly.com on Thursday morning, Feb. 24 – the same day that Russian armed forces invaded Ukraine – Metropolitan Archbishop Borys Gudziak said the invasion is designed to “destroy Ukrainian statehood and install an authoritarian system in a country of 44 million people.”

After months of amassing up to 190,000 troops at the Ukrainian borders with Russia and Belarus, the invasion from the east, north and south began what Ukrainian presidential adviser Mykhailo Podolyak called “a full-scale war in Europe.”

Air strikes and explosions near several major cities in Ukraine including its capital, Kyiv have caused civilians to flee in panic. Ukrainian military reports losing at least 40 troops so far, with an unspecified number of civilian casualties.

Archbishop Gudziak — who spent several days in Ukraine before traveling to the Vatican and to Paris — met with staff at the Ukrainian embassy in France on Thursday morning, by which time there had been “an advance across the Ukrainian border in eight places,” he said.

The advance continues what the archbishop and Ukrainian Catholic bishops in the U.S. earlier called “an eight-year Kremlin-led war” since Russia’s 2014 annexation of Ukraine’s Crimean Peninsula.

That same year, Russian-backed separatists proclaimed “people’s republics” in the eastern regions of Donetsk and Luhansk, together known as the Donbas. The move came just 23 years after Ukraine gained independence following the collapse of the Soviet Union, of which it had been a part.

Since 2014, clashes, shelling and sniper attacks have become common in eastern Ukraine.

The United Nations reported almost 1.5 million internally displaced persons in the country as of 2021, and at least 3,353 civilian deaths and more than 7,000 civilian injuries between April 2014 and March 2020. In total, between 14,000 and 15,000 people are estimated to have been killed in the conflict to date. 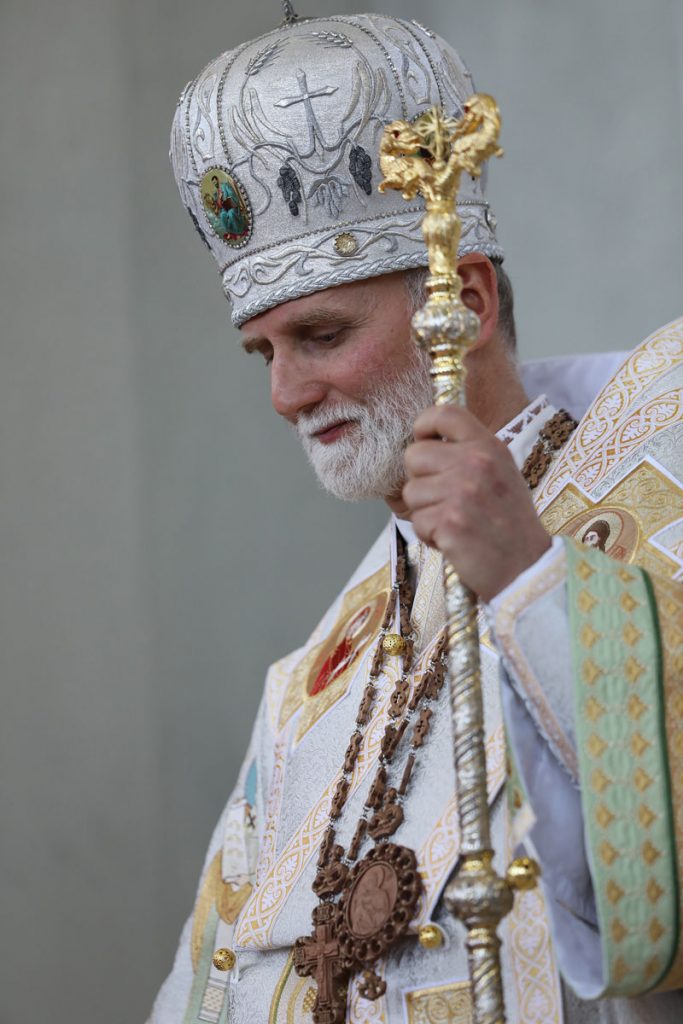 This “escalated, comprehensive invasion … will lead to the deaths of thousands and the suffering of millions,” said Archbishop Gudziak.

The Ukrainian “resistance is valiant,” he said, but “according to various parameters, whether budgets, military, hardware or soldiers, the Russian armed forces are between five to 10 times as big as those in Ukraine. Their weapons are more sophisticated and all of that is backed up by a nuclear arsenal.”

Having spoken with “people in different parts of the country” Feb. 24, Archbishop Gudziak said Ukrainians are “trying to hold strong … but the flood of refugees is beginning at this point. The highways are bumper to bumper.”

The “enormous scale” of the unfolding “humanitarian crisis … was all predicted, all something Ukrainian officials have been speaking about for months and years,” said Archbishop Gudziak.

Despite frantic diplomacy and sanctions from Western officials, “over the last eight years” Russia has “had its hand slapped and not much more,” he said.

He noted that Ukraine had voluntarily forfeited its nuclear arsenal – the third largest in the world at the time — as part of the 1994 Budapest Memorandum, through which the U.S., Russia and Britain pledged “to respect the independence and sovereignty and the existing borders or Ukraine” and “to refrain from the threat or use of force” against Ukraine.

Now, said Archbishop Gudziak, “one of the signatories (Russia) is the violator of it.”

Western nations “(need) to do an examination of conscience,” he said. “How did (they) stand by and watch what was occurring in Ukraine over the past eight years? Did (they) believe the voices coming from the country? Was (the West) swayed by the propaganda, the assurance and the lies of a cynical neo-imperialist leader?”

“(An) attachment to comfort (and) a loss of understanding of human nature and the deep consequences of sin” have all factored into the West’s hesitation to intervene more fully over the years, he added.

“The sin of Adam is a grab; Adam grabs for something that does not belong to him,” said Archbishop Gudziak. “It’s an appropriation, and that is the heart of our frailty. … The deep Christian truths, when they’re not preached and witnessed too clearly, are marginalized even in societies and among people who claim to be followers of Christ.”

While he does not currently anticipate “any kind of systematic execution of bishops and priests,” Archbishop Gudziak cautioned that “there should be no naivete. There are no rules here; there’s just raw greed and lust for power.”

At the same time, “the power of the truth, the power of the Gospel and the strength of authentic Christian witness prevail,” he said, although it “often entails a way of the cross (since) the resurrection is preceded by a death.”

Ukraine itself attests to that reality, he said.

Although the nation “endured despotic rule in the 20th century,” with some “50 million killed … new life came, and new life will come again,” said Archbishop Gudziak.

“We trust that history is in God’s hands,” he said. “Yesterday … I prayed for President Putin and for Russia, for the conversion of hearts of those who wage war and use violence to subjugate and denigrate others. Blessed are the poor, the suffering, those who are invaded, those who are violated, who in Christ’s name endure this.” 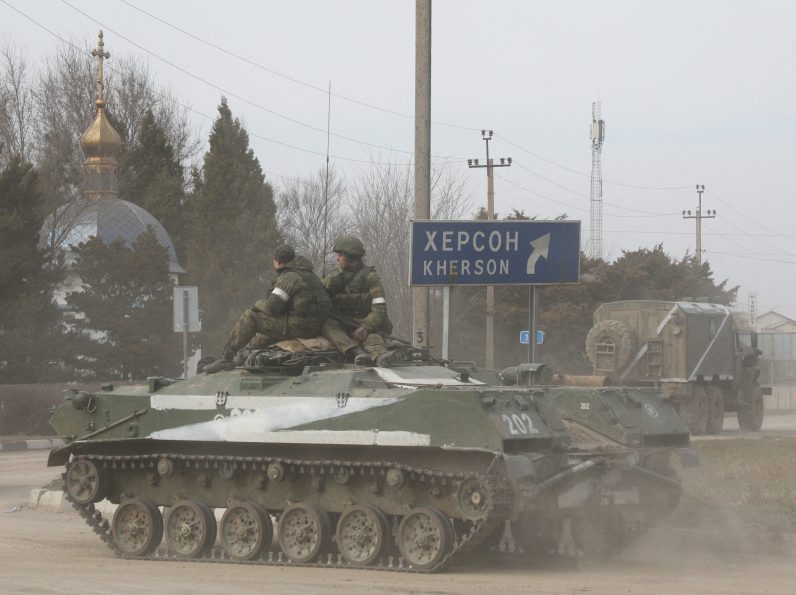 NEXT: Fearless nuns in Ukraine remain to serve the people