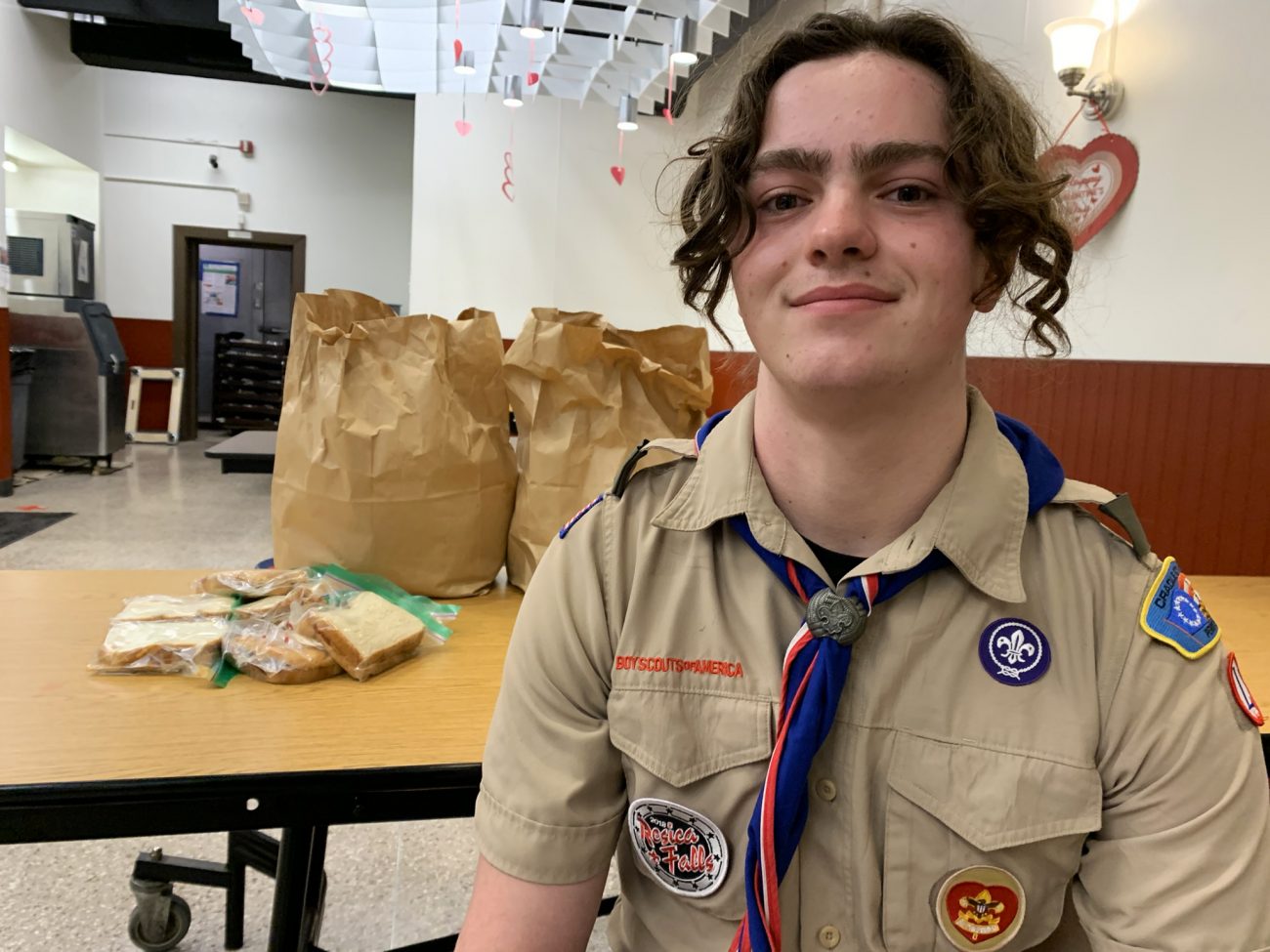 A local teen is upholding a family tradition by raising donations for an archdiocesan ministry to men experiencing homelessness.

For the past several weeks, Owen Applestein, a senior at Lower Merion High School in Ardmore, has been preparing fresh sandwiches and collecting personal hygiene items for St. John’s Hospice (SJH).

Each weekday, SJH – a beneficiary of the Catholic Charities Appeal — distributes more than 300 meals to its residential and day guests, while offering case management, on-site nursing, daily showers and a mail room. The facility annually houses some 250 men transitioning from homelessness to independent living, and has been a lifeline for clients throughout the COVID-19 pandemic.

Applestein said he undertook the donation drive for his Eagle Scout project, a goal he’d contemplated “all throughout (his) scouting career.”

A member of the historic Merion Liberty Troop (Boy Scouts of America Troop 71) in Merion Station, Applestein said he knew he wanted to focus on “(getting) out to meet people and give back to the community” while earning the highest rank a Boy Scout can attain.

As any savvy Scout would do, he turned to a wise mentor for advice: his mother.

“She was helping me with ideas, and when she worked in the city prior to COVID, she would come to St. John’s two or three days a week to (volunteer) in the kitchen,” said Applestein.

Choosing a project that benefited SJH instantly appealed to him, he said.

“I didn’t grow up in Philadelphia; I grew up in the suburbs, where there is a lot less homelessness,” said Applestein. “When I would travel into the city with my mom, we would see people that needed help. … I wanted to make a lasting impact.”

Applestein’s mother reached out to SJH’s food services manager, permanent Deacon Anthony Willoughby, who was grateful for the support.

Over the course of the pandemic, now in its third year, “there’s been loss” among the SJH client base, he said.

At the same time, there have been bright spots, he noted.

“Some of the guys have gotten housing, and some are now working,” he said.

Yet even with “a lot of good things going on,” he said, “the struggle is still in the streets. There are still guys out there just suffering.”

And that’s exactly why Applestein wanted to follow in his mother’s footsteps at SJH.

“It’s kind of cool that the next generation is coming back to help,” he said.

NEXT: ‘Dwell in the possibilities’ created by disability, says advocate