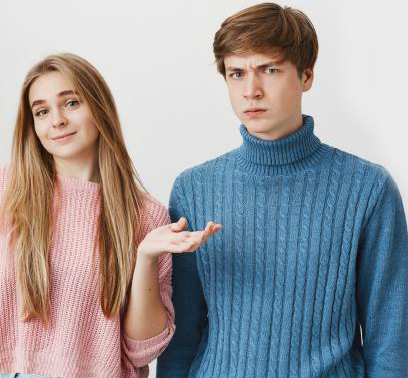 A Chester County parish will host an all-day forum to help parents and pastoral leaders grapple with what Catholic scholar Mary Rice Hasson calls the “tsunami” of “the transgender phenomenon” in Western culture.

Along with parents, educators, clergy youth ministers and legal and medical professionals are encouraged to attend the free event, at which lunch will be provided.

Sessions will survey the widespread cultural acceptance of transgender concepts and language, Catholic teaching on the issue, medical considerations in transgender treatment, and parental, legal and public policy concerns.

That broad-based approach is necessary, said Hasson, since “young people at a very vulnerable age in their development” are being “(saturated) … with these images that the body doesn’t really mean anything, that their identity is how they feel, and they get to define it, express it, and modify their bodies however they want.”

At its core, the transgender issue comes down to “confusion not only about church teaching, but about the very nature of the person,” said Father Michael Fitzpatrick, pastor of St. Peter.

(Listen to CatholicPhilly.com’s podcast with Mary Rice Hasson on the transgender phenomenon.)

Catholic teaching emphasizes “a unity of body and soul,” and an understanding that “our bodies and our identities … have (been) received as a gift from our Creator,” said Hasson. “We are created male and female.”

For that reason, the concept of transgenderism does not exist in Catholic teaching, she said, although the idea’s historical development can be traced over the past century.

The notion of gender was developed in the late 1950s and 1960s by sexologist Dr. Robert Money and by psychoanalytic theorist Dr. Robert Stoller, said Hasson.

Both Money and Stoller “proposed the idea of gender and gender identity as disconnected from sex,” she said.

In 1967, Money sought to prove his theory by advising the parents of a baby boy, the victim of a botched circumcision, to have their son castrated and raised as a girl. Although Money declared his “John/Joan” experiment a success, the child became deeply depressed as a teen and later sought reconstructive surgery. Despite going on to marry and parent three stepchildren, David Reimer, the subject of Money’s clinical trial, committed suicide in 2004.

Hasson said the notion that biological sex and gender could be split “has been percolating in academia for several decades,” accelerated by an array of advocates, including feminists, government officials, celebrities and corporate leaders.

With the same message resonating from schools, social media platforms, pediatricians and mental health professionals, “kids are getting this from all sides,” she said.

That’s exactly why the March 12 forum is more needed than ever, said Jo Christof, a member of the St. Peter Respect Life committee, which organized the event.

“I personally know someone whose granddaughter is transitioning; she’s just over age 18,” said Christof. “The more we’re learning about this – it’s horrendous.”

In particular, vulnerable children lacking strong social support networks are often “drawn in” and “recruited” by transgender proponents, who claim their view of human sexuality can better account for feelings of being “different,” she said.

British activist Keira Bell, a “detransitioned” youth, continues to warn against procedures and practices that have become “highly political and not even based on solid evidence.”

“I’d never been in a sexual relationship at the time of my transition, so I didn’t truly understand what the transition would mean sexually,” Bell admitted in a post on the Persuasion platform. “A lot of girls are transitioning because they’re in pain, whether it’s from mental-health disorders, or life trauma, or other reasons. I know what it’s like to get caught up in dreaming that transitioning will fix all of this.”

Bell, who said she was “treated like an experiment,” has launched an annual Detrans Awareness Day initiative, whose March 12 date coincides with that of the forum.

Father Fitzpatrick said he hopes “Clarity in a Confused World” will “empower parents and their children to speak openly with love and confidence” about a bewildering issue.

In that context, he said, “they can speak in the language of love, and find the (path) to the best and healthiest possible identity – who they are in the eyes of God.”

For more information and to register for the March 12 “Clarity in a Confused World” forum at St. Peter Parish in West Brandywine, visit the forum website.

NEXT: St. Cornelius Parish ready for synod to breathe new life in church