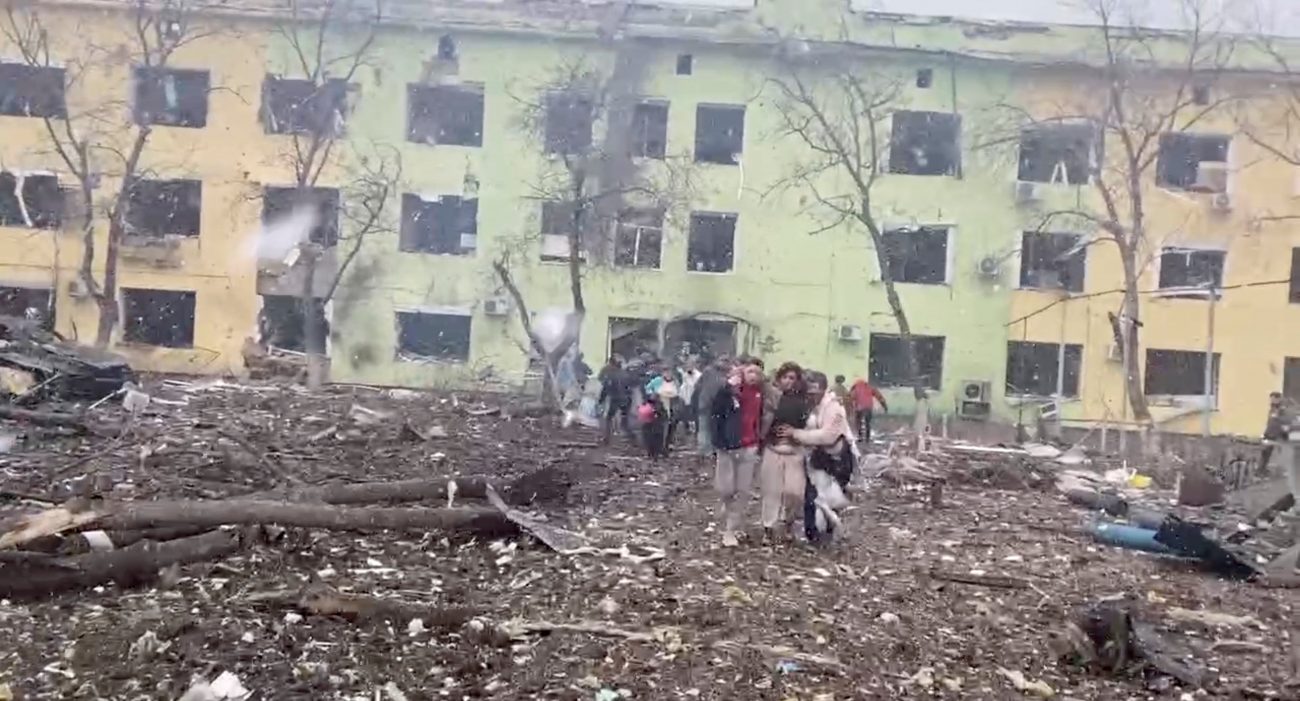 Several archdiocesan high school students are letting Ukrainian teens “know they have love and support from all around the globe” amid a brutal invasion by Russia.

Seniors at St. Hubert Catholic High School for Girls in Northeast Philadelphia have written heartfelt letters of encouragement destined for their peers in Ukraine, where Russian forces have killed thousands and have displaced more than 10 million in total. 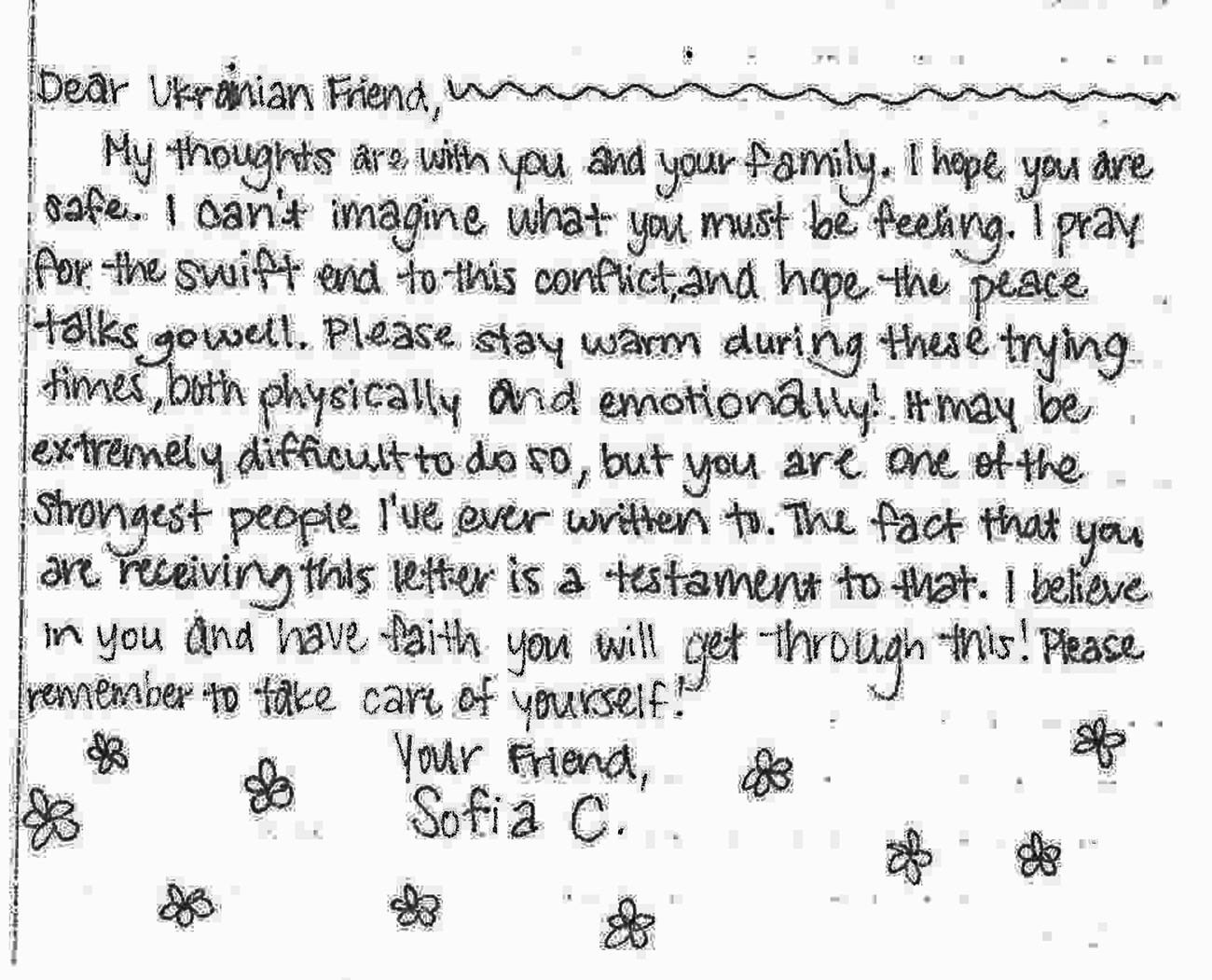 Pregnant women, infants and children are among the thousands of casualties, while more than 3.5 million Ukrainian refugees have fled to neighboring European Union nations.

Amid such suffering, the St. Hubert students are seeking to reassure Ukrainian youth “(they) are not alone,” as a student named Erica wrote.

The writing project was organized by theology instructor and department chair Tom O’Leary as a way of teaching the faith “not in the abstract, but in the real,” he said.

O’Leary said he wanted to find a way for his students “to show solidarity with teenagers in Ukraine” by sharing their thoughts on a first-name-only basis.

“The girls picked it up and ran with it,” he said.

“We have been praying for you in all of our classes, and we are hoping that some peace would be brought to you,” wrote Emma. “You are in our thoughts ever day.”

“I want to let you know that there are millions of people around the world praying for your afety and protection,” said Alicia. “Please don’t lose hope, although it may seem impossible to have any in your situation. You are so strong. … May God bless you and your family and keep you protected from all the chaos. Sending much love and prayers.”

“Know that we have hope for you in the U.S.,” wrote Charlotte. “Keep your head up high and see this through.”

“You are one of the strongest people I’ve ever written to,” said Sofia. “The fact that you are receiving this letter is a testament to that. I believe in you and have faith you will get through this!”

The initiative has deepened a sense of both compassion and gratitude among students, said O’Leary.

“There are girls in Ukraine who were looking forward to a senior prom, graduation, playing their last spring sports season … and they’re not going to get to do that now,” he said.

Writing the letters puts a human face on the conflict, she said.

She and O’Leary said the students are now more keenly aware of their religious liberty as well.

Pando, O’Leary and the students are exploring various ways to deliver the letter to Ukrainian officials for delivery to Ukrainian teens.

In the meantime, the girls want their counterparts to “stay strong and united,” said Olivia, who signed herself “your American bestie.”