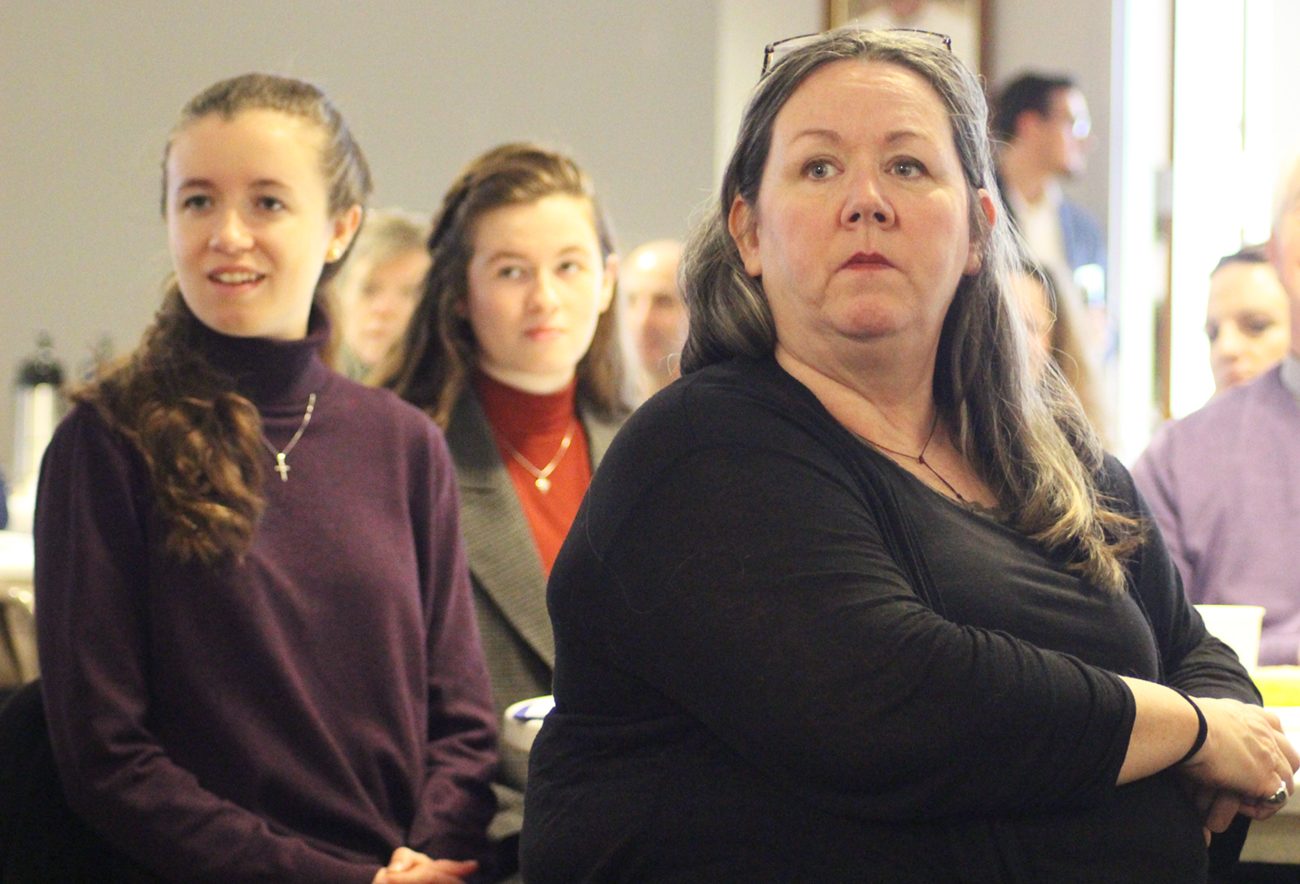 Attendees listen to speakers at "Clarity in a Confused World," a March 12 all-day forum on the transgender phenomenon hosted by St. Peter Parish in West Brandywine. (Gina Christian)

A Chester County parish recently hosted an all-day forum for parents and pastoral leaders grappling with the transgender phenomenon.

“This is a crisis in our culture,” said Father Michael Fitzpatrick, pastor of St. Peter Parish in West Brandywine, where some 180 attendees gathered amid a March 12 snowstorm for “Clarity in a Confused World.”

On hand for the event were speakers Mary Rice Hasson, attorney and founder of the Person and Identity Project at the Washington-based Ethics and Public Policy Center; Father Tad Pacholczyk, director of education for the National Catholic Bioethics Center in Broomall; Diocese of Birmingham permanent Deacon Patrick Lappert, M.D., a board-certified plastic and constructive surgeon; Samantha Kelley, founder of FIERCE Athlete; Maria Keffler, author of “Desist, Detrans & Detox”; and Jeremy Samek, senior counsel at the Independence Law Center in Harrisburg.

Kelley, who served as the day’s master of ceremonies, said the event had been inspired in part by an August 2021 pastoral letter from Arlington Bishop Michael Burbidge on the human person and gender ideology.

“Love, not tolerance,” is key to addressing the issue, she said. 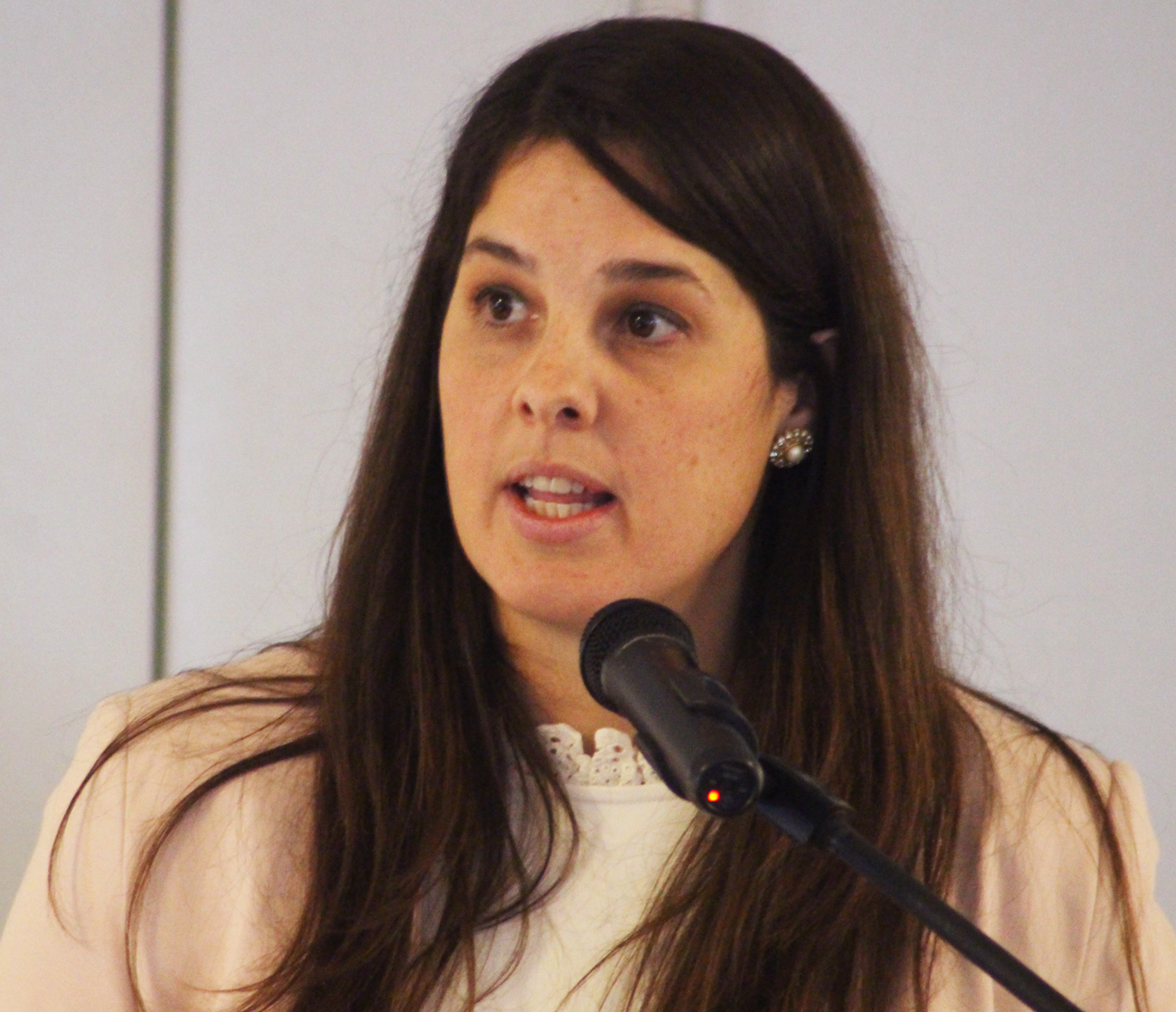 That charity entails “showing compassion and sensitivity, but also having a willingness to share the fullness of the truth with respect to our human constitution (and) the way God created us,” said Father Pacholczyk.

Unconditional love “always starts from the vantage point of recognizing who someone authentically is,” and then also recognizing the “mysterious reality of what we are meant to become in Christ,” he said. “Charity is basically an invitation to go that distance.”

In contrast to the Christian understanding of the human person, gender ideology promotes “a radically different vision … that starts by saying there is no Creator,” said Hasson.

As a result, the human body has “no intrinsic meaning” and instead becomes “a canvas for personal expression,” she said. “Who you are becomes who you think you are.”

In overriding the “biological reality of sex” as being male or female and determined at the time of conception, said Hasson, gender ideology requires that “existence must be validated” by external declarations, which is why “pronouns become important.”

Medically, the sex characteristics of the human body are then seen as “just parts you can swap out,” she said.

Yet the consequences of puberty-blocking drugs and surgical interventions can be devastating, said Deacon Lappert.

The transgender treatment industry “doesn’t follow its cases long enough” to document the long-term impact of medical and surgical interventions, he said.

“By the time you get seven to nine years out after fully transitioning, you have the same self-harm, the same suicidality, the same substance abuse, the same despair and sorrow,” he said. “You cannot heal a spiritual wound by operating on people’s genitals. It’s just a ridiculous thing.”

That aspect of the transgender phenomenon is largely overlooked, said attendee Deb Mirenda of St. Joseph Parish in Downingtown.

“This is a spiritual battle, and it’s just infested our culture,” she said. “It’s presented in such ways that it just claims victim after victim.”

Placing the issue in a broad, eternal context can enable parents and pastoral leaders to offer hope to those experiencing uncertainty about their sexuality, said Father Pacholczyk.

“(Encountering) Christ … (and) the fullness of the truth” enables an individual “to live in a different way than just … being content with some kind of auto-declaration we make about who we are, and stopping there,” he said.

“We’re being invited to an infinite encounter that takes us outside of ourselves. It’s that kind of tension between accepting who people are when they come to us, but inviting them to something more beautiful.”