No marriage is perfect, but all can be complete, speakers say 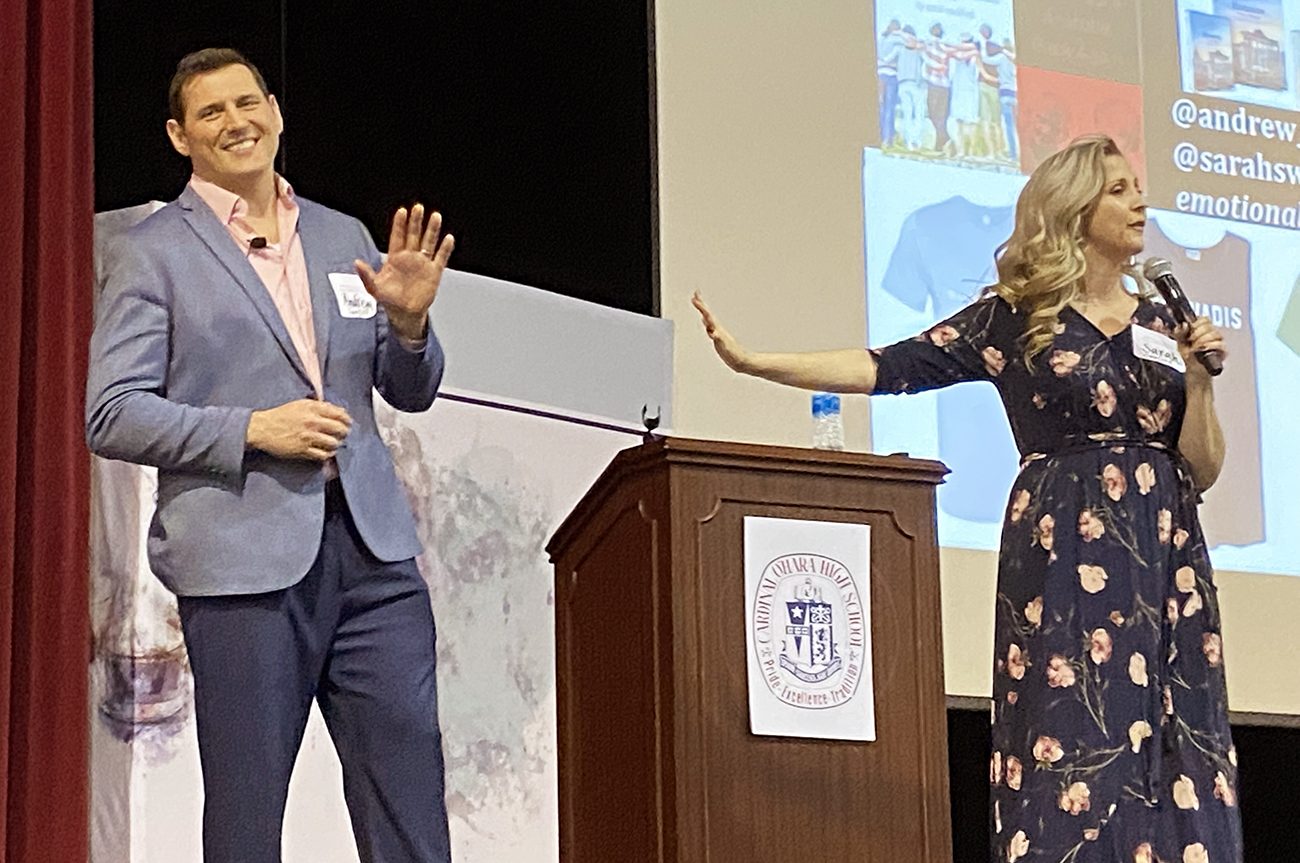 Andrew and Sarah Swafford having some fun during their keynote talk on the vocation of Catholic marriage during Marriage Enrichment Day April 2 at Cardinal O'Hara High School. (Photo by Gia Myers)

The event, sponsored by the Archdiocese of Philadelphia’s Office for Life and Family, provided married couples of all ages with the opportunity to learn and grow in their marriages, and build fellowship with other married couples.

“We go to lots of marriage conferences. It’s like a date night,” said Philip Ricciardi of St. Stanislaus Parish in Lansdale, who attended with his wife Debbie. Though having been married for many years with now adult children, Philip admits, “We’re different people, so we work hard to make it work well.”

“We come from a place of love,” said Sarah Swafford, author of the book “Emotional Virtue” and founder of the Emotional Virtue Ministry. “Today, we hope to share some of the things that helped us along the way.”

Andrew Swafford is an associate professor of theology at Benedictine College in Atchison, Kansas, which is where he met now-wife Sarah when they were both undergraduate students.

According to the Swaffords, happiness in married life is not about having a perfect marriage but a complete one.

Andrew Swafford said everyone suffers “wounds from the past; wounds we project into the future,” and these can shade one’s perceptions in relationships.

Accepting others’ imperfections and “having the capacity to go out of yourself, and love people better,” is the key, he said. He also recommends that people seek healing from past wounds through Christ and let him “transform us from the inside out,” said Swafford.

Addressing virtue and sin, Andrew Swafford pointed to pornography as a sin that “reduces people to a part,” he said.

Married people need to realize that pornography, as well as flirtations at the office or through social media, are “taking something away from my spouse” and that practicing “the virtue of temperance is a right ordering” to oppose these sins, he said. 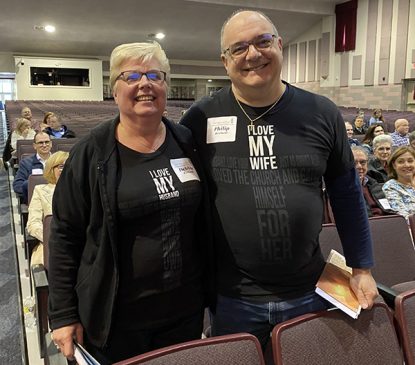 The Swaffords recommend practicing selflessness and the virtue of humility in marriage.

“Humility allows me to forget myself and enter into someone else’s world,” said Andrew. Sarah encouraged couples to step outside of themselves and “think about someone else’s needs,” then “bring this into your marriage.”

She said the solution to many issues in marriage can be “boiled down into selflessness.”

Sarah Swafford encouraged couples to build faith into their relationship and “love Jesus in your spouse.” This enables couples to grow in emotional love for one another, as well as grow in love with Christ.

The Swaffords’ first five years of their marriage were the most difficult but their Catholic faith helped them through these difficult times, Sarah said.

“We had two children by age 23,” she said. “Diapers, grocery shopping, taking care of everything.” She also admitted that “we were selfish, and the Lord burned that away from us.”

Through faith she learned to see “beauty in the quiet things,” such as playing games with her children and performing household chores, even in “switching the laundry a hundred times.”

“Don’t be afraid to do the hard work in your marriage,” she said. “You’ll emerge a whole, healed, and a better couple.”

“Accepting the situations and problems God sends us” can help to nurture both faith and marriage, said Andrew Swafford. “Accept prayer, accept work, and accept suffering,” he said, as gifts to be offered up to the Lord.

The Swaffords also identified things to avoid in marriage.

These included dismissing how the other person feels, and simply trying to solve a spouse’s problems without listening and talking them through; escalating small misunderstandings to larger arguments; implying negative motivations; and responding spontaneously during an argument.

Sarah Swafford said married couples tend to fight about small, isolated events and not true issues in marriage, and these can often result in “a big reaction for what we’re really talking about.”

“You think you’re fighting about an issue, but the event is the trigger,” she said. “We want to talk about it because we don’t think we’ll get another chance, but it’s often best to table it for another time.”

She recommends that couples first identify if they’re discussing an issue or an event. They should also remain calm, she says, to ensure the discussion “doesn’t escalate into a negative situation,” especially at the event, and wait for a better opportunity for discussion.

Swafford talked about her family’s “Feelings Box,” where family members write down what they’re feeling – happy or otherwise – for discussion later in a family meeting. She says this works well for her family, which in addition to husband Andrew, includes five children, ages 16 through 3 years.

And finally, she recommends, “Don’t talk about anything important after 10 p.m.”

Robert and Susan Mrazik, parishioners of St. Ignatius of Antioch Parish in Yardley, said they found “lots of good nuggets” in the Swaffords’ talk.

“We came from a point with real struggles in our marriage,” said Robert Mrazik.

“I realize God is with us,” said his wife, Susan Mrazik. “Just offer it up to him for his glory.  Give it all to him.”

For more information, visit the Archdiocese of Philadelphia’s Office for Life and Family website, PhillyCatholicLife.org. 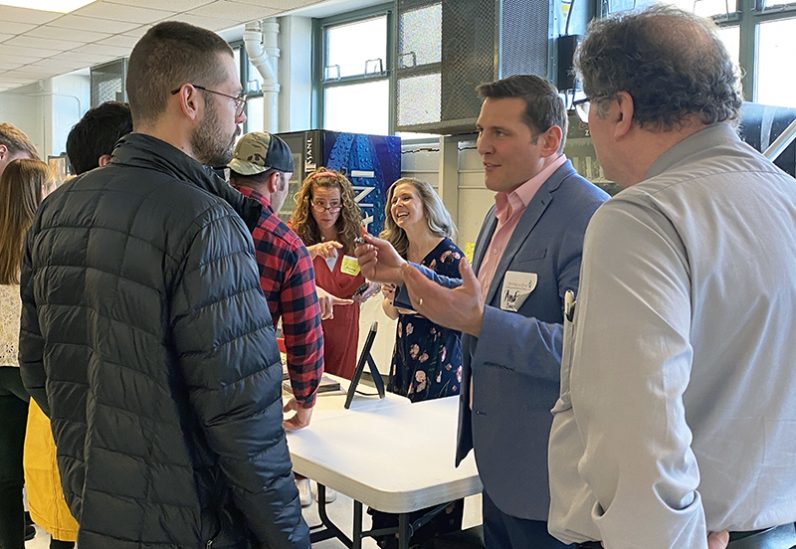 NEXT: Prayer service invites faithful to see Christ in the sufferings of Ukraine